GroundUp: Tracking down the teenager shot in the mouth by police 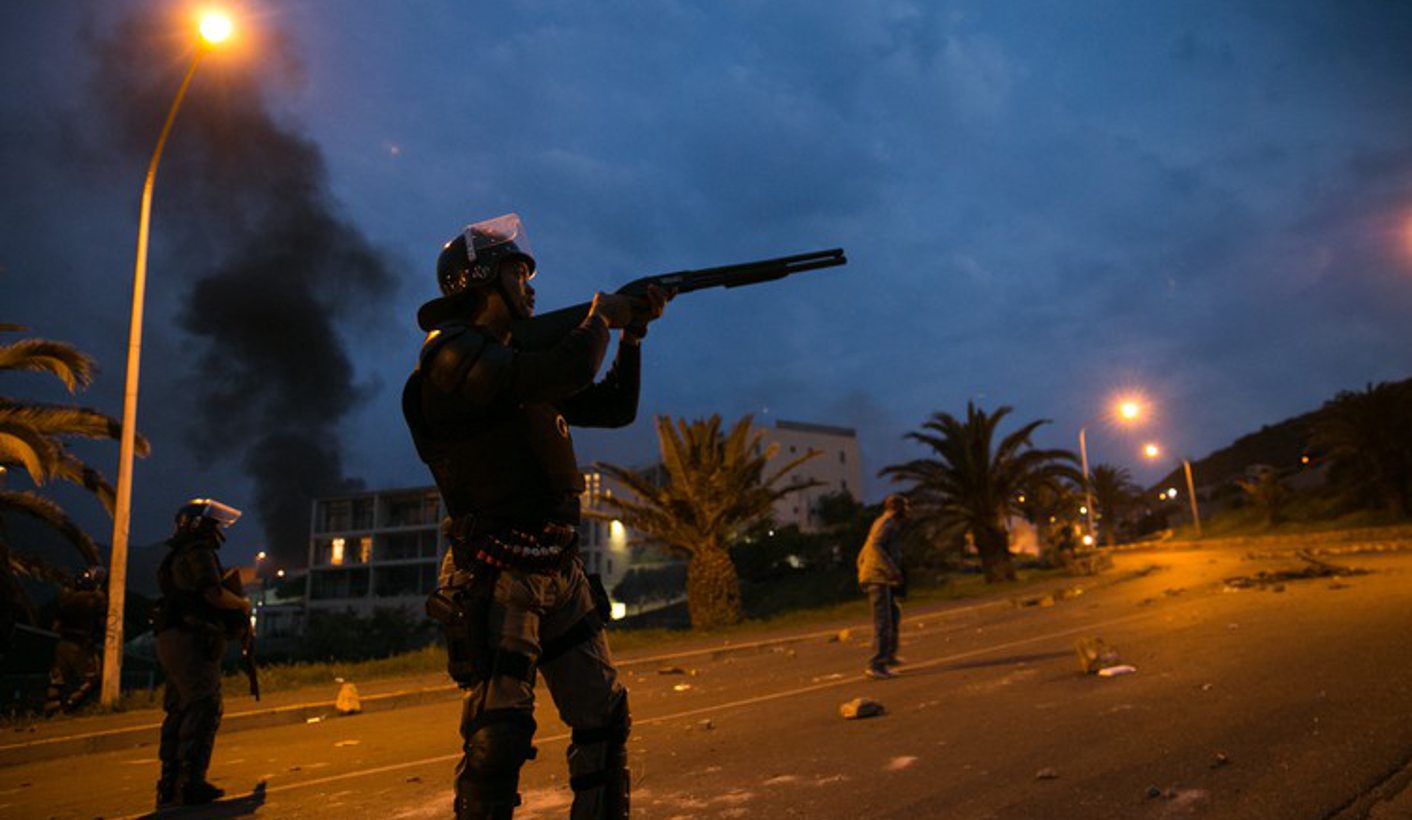 Rubber bullets broke his ribs and smashed his tongue. By Kimon de Greef for GROUNDUP.

I wanted to ask Ona Dubula how he’d crossed the Hout Bay valley from Imizamo Yethu and wound up on the front lines of a fishing rights demonstration near Hangberg. But the 14-year-old had gauze stuffed in his mouth after being shot at close range by rubber bullets, and couldn’t speak.

I found him in the trauma ward of Groote Schuur hospital with his mother, Pinkie, after searching for several hours. Hangberg had erupted into violence after SAPS public order police had cleared an earlier protest, with people claiming that the boy who’d been shot — nobody knew his name — had died.

Officials at the Hout Bay Fire Station, where Ona had eventually been taken in the back of a police vehicle after collapsing on the pavement and being ignored by the police for several minutes, told me that he’d been transferred to Wynberg’s Victoria Hospital. But he wasn’t in the emergency ward when I arrived.

“Maybe they took him to Retreat. Or Red Cross. Maybe he’s still in the ambulance,” a doctor on duty said.

I had met one of the other victims in Hangberg a few hours earlier. Sophia Moseadie was tending to an injured man while residents crouched in a narrow alley, waiting for the police with rocks and bottles. The protest, mostly peaceful until then but for an attack on tourists in the harbour, had developed into a running battle that would continue late into the night.

Moseadie had been crouching behind a table with Ona when he was shot. “There was another woman under the table with us. She was shot in the back. I took her to the clinic. I didn’t recognise the boy,” she said.

When I spoke to her she was helping bandage Wayne Adams, 29. Adams had just been shot with a rubber bullet behind his right ear. “We watched him fall. His head was spinning, so we brought him here,” she said.

Further up the slopes, enraged crowds were raining rocks down on the police, who retaliated with tear gas and stun grenades. A petrol bomb landed on top of a nyala and caught alight. Several fishermen fired flares.

“We were peaceful and then they shot at us!” screamed a resident leading the battle. “They fucking shot that boy!”

I went to Victoria Hospital. An ambulance drew up but the disorientated boy I’d seen spitting blood earlier wasn’t inside, but the driver was able to contact the Metro Emergency Medical Services (EMS) control room and locate him at Groote Schuur.

I drove there against traffic, still not knowing his name. A nurse who could have turned me away helped me find the correct room. He was lying on his right-hand side with blood on his mattress. Rubber bullets had broken his ribs and smashed his tongue.

Pinkie, his mother, stood next to him, dabbing his swollen cheeks with paper towel. She’d driven in the ambulance with him after receiving the kind of phone call — a paramedic, clipped and to the point — that parents dread. “I’d last seen him in the morning. You know how boys get. I think they heard something was happening at the harbour and went to look,” she said.

Photo: Pinkie and Ona Dubula. Photo: Kimon de Greef (De Greef was given permission by Pinkie for this photo to be used – Editor)

She is unemployed, a single mother of five children. She moved to Imizamo Yethu from the Eastern Cape in 2013, with Ona joining her two years ago. While we spoke her oldest son, aged 18, came into the ward for a moment and held his brother’s hand.

She’d dressed Ona in his hospital gown after they arrived at Groote Schuur, changing the dressing in his mouth whenever it became saturated. “I don’t think he will be able to talk. His tongue is cut so bad. Will he?”

I didn’t know the answer but a doctor, overworked and harried, swept through the room a few minutes later. “He’ll be fine,” he said. “He was very lucky.”

Looking at the small boy with blood and saliva on his chin, caught up in a dispute he had no role in, it felt difficult, right then, to agree. DM

Photo: Clashes between police and Hangberg residents carried on into the evening on Tuesday. Photo: Ashraf Hendricks