GroundUp: Title deeds – how do we fix the system? 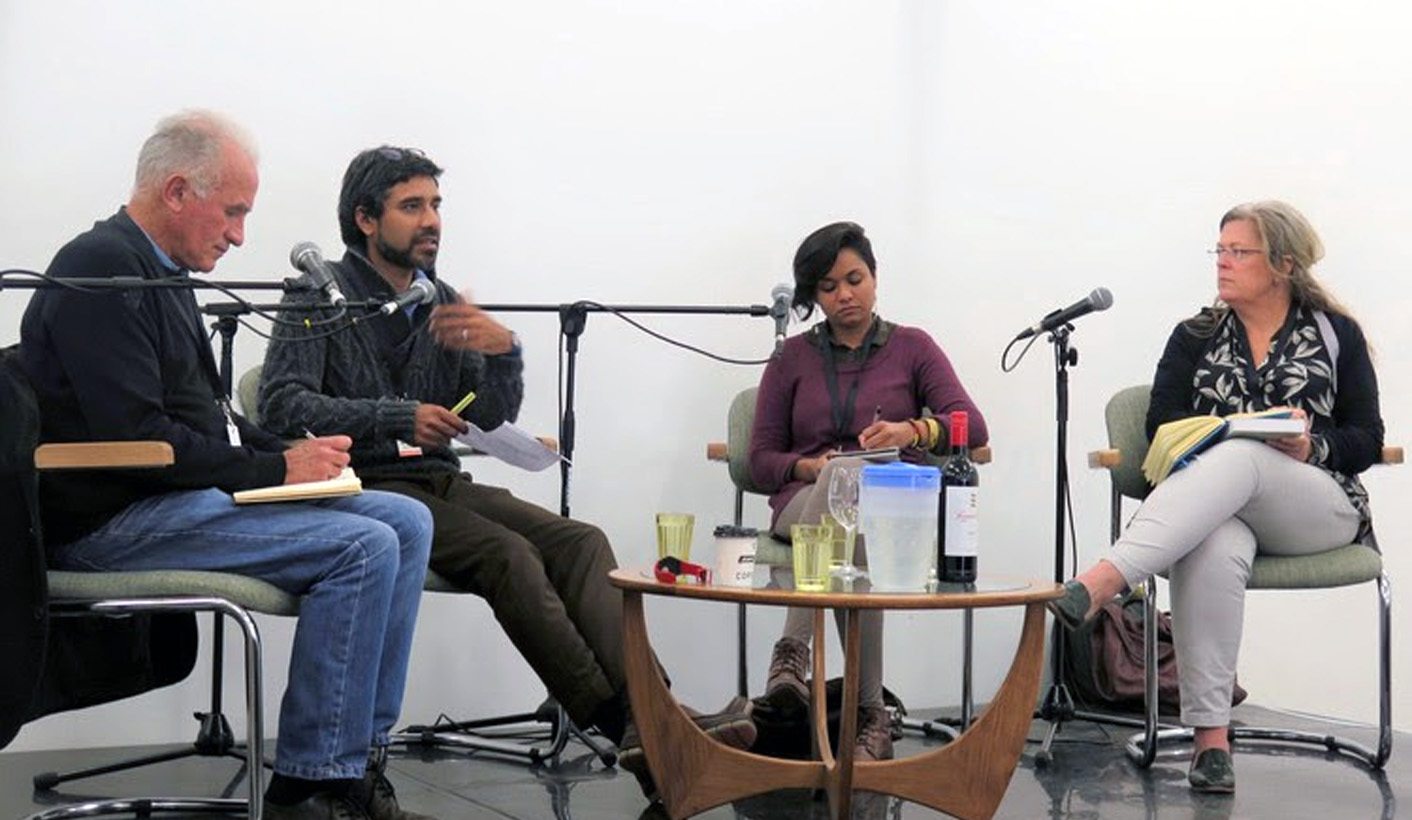 Experts at the Open Book Festival in Cape Town debate different approaches to dealing with property in poor neighbourhoods. By Ashleigh Furlong for GROUNDUP.

There are fundamental problems with the title deeds programme, as nearly half of all subsidised properties are not registered in the deeds registry. This was according to Lauren Royston, the Socio-Economic Rights Institute (SERI) Director of Research and Advocacy. She was speaking at two panel discussions at the Open Book Festival, where she was discussing tenure security and land reform with other experts, politicians and activists.

“Currently, if you are poor there is only one way to tenure security and that is through the housing subsidy programme,” said Royston. But the programme is plagued with problems such as maladministration and corruption, she said. Royston said that even for those who are lucky enough to access the programme, they have a 50% chance of having their title deed registered.

Because of the huge backlog in registering title deeds, some properties haven’t even made it onto the deeds registry when owners want to sell.

Also, Royston said the official system of title deeds “does not accord with how people relate to property” and instead of “sinking millions of rand into title deeds rectification programmes”, local rights could be recorded as they exist on the ground.

This would mean the development of local land records, which could recognise social and “off-register” tenure.

“We need law in this country that protects informal land rights holders, across the rural and urban divide,” she said.

Aditya Kumar, the executive director of the Development Action Group (DAG), spoke about the difficulties with one example of subsidised housing – the Breaking New Ground (BNG) houses. In one audit that DAG conducted, Kumar said, 33% of the BNG houses had been sold, some for as little as R25,000. Kumar said that despite beneficiaries being given an asset that was originally worth over R100,000, they weren’t able to do basic maintenance or keep up with the rates, so “the moment the house was built, the value dropped”.

“There is a particular reality on the ground,” said Kumar, “and the response from the state is a very different one.”

The problem is larger than just subsidised properties. Ben Cousins, the founder of the Institute for Poverty, Land and Agrarian Reform (PLAAS), who chaired the talks, said that 60% of people in the country occupy dwellings outside of the formal property system. Cousins and Royston, along with Donna Hornby and Rosalie Kingwill, have recently published a book on the subject, titled Untitled: Securing Land Tenure in Urban and Rural South Africa.

The argument for the importance of title deeds was put forth by DA Shadow Minister of Rural Development and Land Reform Thomas Walters, who was discussing the matter at a later session.

Walters emphasised the importance of title deeds in business and in breaking the “cycle of inherited poverty”. He added that the DA was increasingly getting requests for title deeds from organisations such as the African Farmers Association.

Walters said there were a “number of models” that could work to protect land ownership.

Policy processes up until now had often been superficial, he said. “Land reform… is an opportunity to attract investment, attract new enterprise, if the right policies were in place. How do we turn the land assets in South Africa into a massive benefit to the poorest of the poor? How do we unfreeze the progress that was frozen by our history, and how do we take it forward?” asked Walters. DM