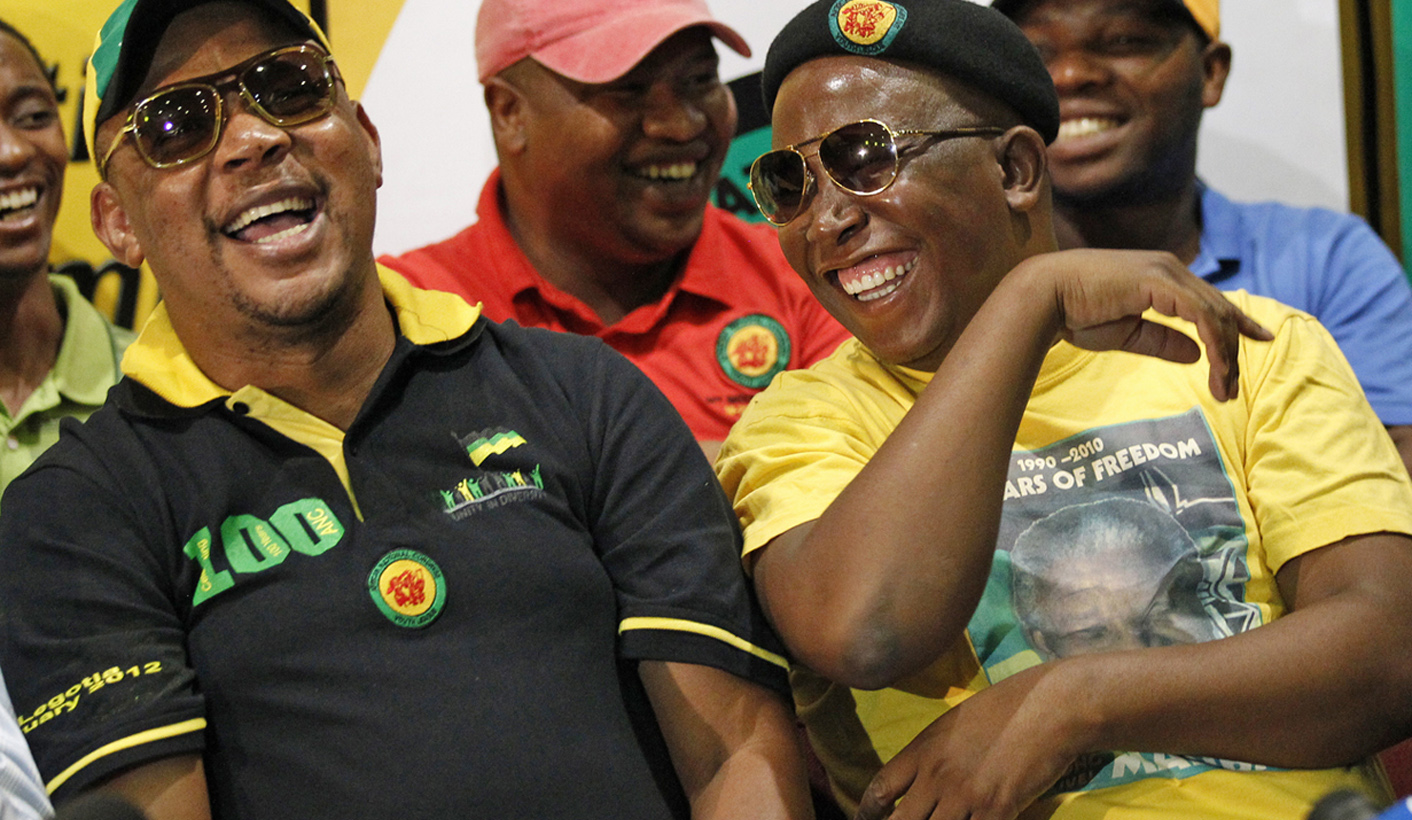 ANC MP Pule Mabe has resigned from Parliament to pursue “other interests”, ending a short and not-so-illustrious three-year career as a backbencher. Could it really be that he’s that serious about business, or is the ANC’s December conference beckoning? By CARIEN DU PLESSIS.

One of the last things Pule Mabe did before stepping out of Parliament last month was to defend President Jacob Zuma during the debate on the vote of no confidence. Zuma emerged from the vote still president, but weakened, as some ANC MPs voted against him in the secret ballot.

Judging from his stance on the podium during the debate, Mabe wasn’t one of those.

“Everything the DA does is guided by opportunism and desperation for fame,” he said in defence of retaining Zuma as president. “It’s a frivolous motion of no confidence, [tantamount] to a coup d’etat.”

During the debate he was called out by his old buddy, Economic Freedom Fighters leader Julius Malema, who was a close ally when both were in the ANC Youth League more than half a decade ago (Mabe successfully “rehabilitated” himself, managing not to get himself expelled when Malema and his ilk left, and then went on to become a Zuma backer). Malema insinuated that history would judge Mabe harshly for not supporting the motion of no confidence.

On Thursday, however, Mabe did what the majority of the ANC caucus would have expected the “turncoats” to do. He gave up his seat in Parliament, in a caucus where the leadership isn’t exactly sympathetic to the president and where Zuma needs every backer he can get.

ANC Chief Whip Jackson Mthembu didn’t want to talk about it when phoned for comment. “I am tired, I’m going to sleep now,” he said when called after Zuma’s question and answer session in the house on Thursday, which ended shortly after 17:00.

Caucus spokesperson Nonceba Mhlauli, however, confirmed Mabe’s resignation, saying Mabe had informed Mthembu at the start of the third term – which would have been the beginning of last month – of his intention to go.

Should Mabe have hoped to be rewarded with a position on Zuma’s executive – such as deputy minister of higher education after Mduduzi Manana’s departure – this is unlikely to happen now that he’s no longer an MP.

Speculation that unhappiness about not getting the position – which, it is rumoured, could be filled during a shuffle of the deckchairs in Cabinet and in the caucus where there are a few vacancies – was what led him to resign may well not be entirely correct since Mabe gave notice before Mduduzi Manana even went socialising at a Fourways club where he assaulted a woman shortly before Women’s Day.

Mabe is said to have been on study leave from Parliament in the second term of the year, during the same time (in June) that Parliament’s ethics committee fined him 15 days’ salary (around a nice R40,000) for breaching the members’ code of conduct following a report by the Public Protector into allegations of maladministration by the Passenger Rail Agency of South Africa (Prasa).

He was found to have held a stake in the Kedibone Trust, which held 100% of KG Media shares, which means he benefited from the renewal of the Prasa contract in March 2015.

The committee took its time – about two years since the publication of the Public Protector’s report – to come to its finding.

Mabe disputed the committee’s initial finding that he benefited because he said he erroneously disclosed he was the beneficiary of his trust while the beneficiaries were, in fact, his children. The committee, however, said that as the legal custodian of the minor children, he was benefiting.

Mabe was unhappy with the committee’s findings and indicated that he would challenge these, but there have been no further reports indicating that he actually did.

It was clear he was unhappy. He told Sunday Independent he found it strange that he was found guilty since the KG Media interests date from before he was sworn as an MP in 2014.

“It must be placed on record that I have never sought to hide any of my business dealings with private and public sector institutions prior to occupying public office,” he said.

He also hinted at an unfair conspiracy against him.

“We should also be careful not to fall into a desperate trap of punishing comrades so that we appear to be fighting misconduct even where it is clearly not proven. All that we are doing in such actions is to unintentionally assassinate the character of individual comrades and entrench a narrative that there are two streams in the movement, one of moralists and the other of questionable individuals,” he said.

Mabe’s phone was off on Thursday, but most of the speculation by fellow ANC insiders about his resignation pointed to his business interests and the fact that he’d rather focus on these, as well as his position as a member of the ANC’s national executive committee ahead of the December elective conference.

There is some speculation that he could become more active in the campaign of Zuma’s preferred successor, fellow NEC member and former African Union Commission chairperson Nkosazana Dlamini-Zuma, but strictly speaking being a Member of Parliament – or a minister – has never prevented anyone from also being full-time players in party politics. Ask somebody like, say, ANC Women’s League president and Social Development Minister Bathabile Dlamini.

Mabe has also not had a great run in ANC politics itself. He made a turn in front of the party’s integrity commission for his business interests in 2014, an issue that threatened to scupper his chances of becoming ANC Youth League president after what was said to have been a cash-flush campaign gave him a good run. Postponements of the league’s conference meant he was eventually disqualified because of his age, only to see a not much younger candidate, Collen Maine, snatch the prize of league president anyway.

Perhaps Mabe, feeling overlooked and under-appreciated, did his calculations and found that doing business is more worthy of his energies than a R1-million-a-year job in Parliament, what with all the accountability and praise-singing that go with it. DM