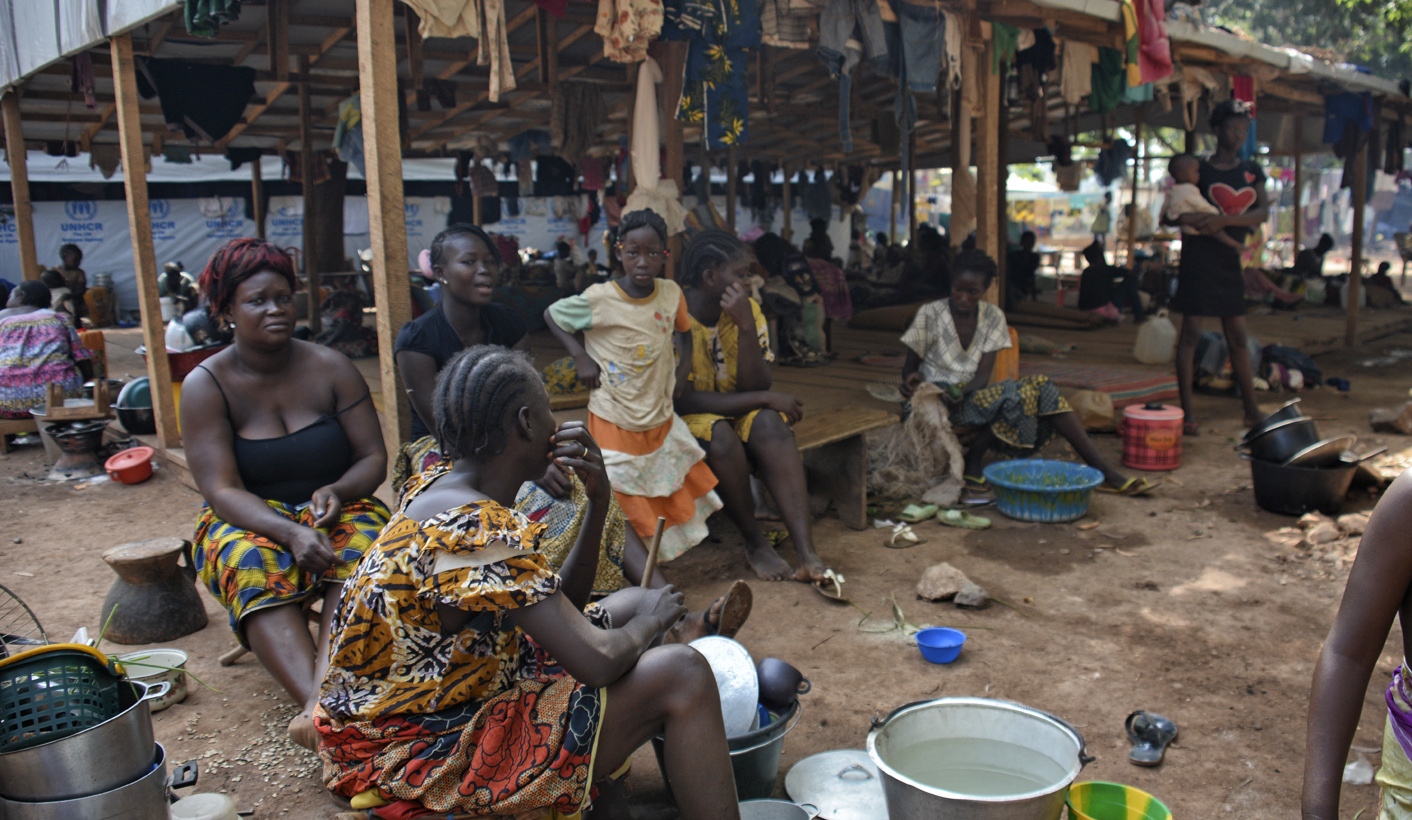 First, there is a desperate need to reverse the humanitarian situation in CAR, and among CAR refugees in neighbouring countries. By FRANK CHARNAS.

In early August UN Aid Chief Stephen O’Brien made an urgent plea to the international community, claiming that there are early warning signs that there is a risk of a genocide in the Central African Republic (CAR). O’Brien called for additional support from the UN and aid groups, claiming that the humanitarian and security situation is reaching a critical moment.

So how did the CAR get here?

As readers will probably remember, after a decade in power, former President Francois Bozize was ousted by a coalition of Muslim majority rebel groups called Seleka in 2013. Seleka unleashed a reign of terror sparking retaliation from majority Christian militias known as anti-Balaka, and leading to an international military intervention spearheaded by France and bolstered by West African and Chadian troops. The intervention was able to install enough calm throughout the country to allow for an election in February 2016, bringing President Faustin-Archange Touadéra to power.

To date, the Touadéra government maintains control over only the capital city, Bangui, with militias, now known as ex-Seleka and ex-anti-Balaka, continuing to clash outside of the city. Added to this, various other forces including illegal miners and reported remnants of the Lord’s Resistance Army have emerged in the chaos that is currently engulfing the country.

UN estimates claim that up to two thirds of the country are currently under the control of various armed groups. Most worryingly, reports indicate that these groups have increasingly targeted civilians and aid organisations, rather than engage in open conflict with each other.

The UN maintains 12,500 troops in the country, but this number is woefully short of the contingent that would be needed to secure populations outside of the capital who are at risk. The rainy season has in some way slowed violence due to the impediment it creates for transportation. But this disconnection has also harmed humanitarian efforts and communication with at-risk populations.

Unicef spokesperson Donaig Le Du estimates that in August the number of internally displaced people reached 600,000, up from 440,000 at the end of April, and equal to the number of IDPs after the peak of the crisis in April 2014. Additionally there remain 480,000 CAR refugees in neighbouring countries, meaning that in the population of around 5-million, one in five is either a refugee or displaced, half of them children. These children will also have to grow up with the secondary effects of the conflict, a lack of proper nutrition, education, and healthcare.

The CAR has resources, most notably diamonds. And true to form, the latest deadly clashes have occurred in the vicinity of the eastern diamond producing zone, near the town of Bria. Though unproven, many in South Africa suspect that it is this mineral wealth that was at the core of the South African military presence in the country before 2014, which ended after 15 paratroopers were killed in March 2013. Indeed, foreign players have long been influential forces in the CAR and its resource extractive sector.

In reality the CRA has undergone a de facto partition, with Seleka rebels representing the mostly Muslim north and anti-Balaka and government forces the Christian south. It is a failed, frayed and split state. As is often the case in Africa, most notably in DRC and South Sudan, resources in uncontrolled areas create a vacuum for those parties able to best utilise violence.

So what needs to occur for Africa to avoid another heinous genocide?

First, there is a desperate need to reverse the humanitarian situation in CAR, and among CAR refugees in neighbouring countries. At the time of writing, the UN has received only 24% of the $497-million it has requested in a humanitarian appeal for the CAR. Barring this, the effects of this conflict will be felt for many years to come. A well thought-out plan needs to be created to shield any aid from the grasp of militias and warring factions. Media attention towards the CAR can have a positive effect towards increasing the quantity and quality of aid that the international community is willing to invest in the country.

As is always the case, warring groups are not self-funded, and are kept alive by support from interested parties, and through the sale of ill-gotten resources. Indeed, it has long been suspected that ex-Seleka receive at least tacit support from Chad, which remains the most influential player in the region. Any international effort to decrease hostilities in CAR will have to take this into account. However, given Chad’s role in international military interventions in the continent, especially in Mali, it may be extremely sensitive to overtly and actively take action against the country. Nevertheless, Chadian President Idriss Déby must be persuaded to convince ex-Seleka fighters to down arms. Moreover, those funding rebel activities must be uncovered and stopped.

The international community will have to increase its peacekeeping deployment to CAR, and this needs to be met with a robust mandate that enables forces to impose a cessation of conflict. It is unrealistic to expect Western or Asian countries to deploy forces, and so the bulk of any future troop increase should be supplied by Africa. This may be a space in which the much heralded African Standby Forces can be used, potentially with an active combat mandate. Though potentially controversial, it is likely that forces may need to have some form of active mandate, if they are to ensure that hostilities end. Moreover, forces acting in a continental or international capacity may be less likely to assert the influence of foreign powers over the situation on the ground.

Militant groups will need to be shown a viable alternative to conflict, and this may require unpopular steps such as reparation payments or eventual incorporation into a unified national military.

In the long term, the CAR will need to undergo a nation building and reconciliation project. Here previous continental experience can well be used to find the correct balance between reconciliation and justice. Such steps can be greatly aided by the development of the country’s infrastructure and a better disbursement of national wealth and resources. The international body must learn from the lessons of South Sudan and ensure that development occurs that allows the population to begin to benefit from the wealth and resources in the country. But to get to such a point, the conflict over these resources needs to be stopped.

The time has come for Africa to start intervening in CAR for the betterment of the local population and not for narrow interest, so that the stain of genocide does not again blot the continent. DM