Op-Ed: Has the National Health Insurance process been captured? 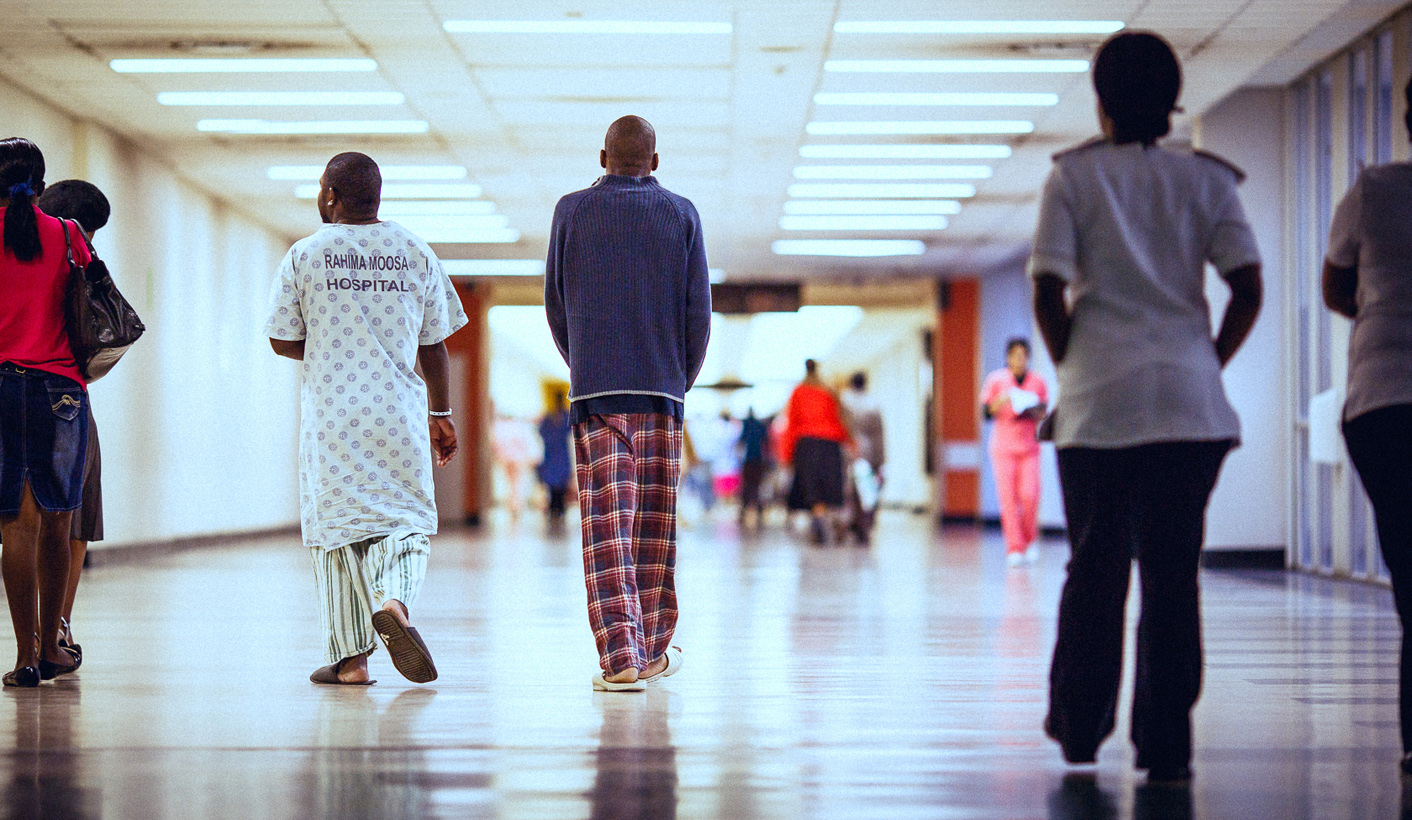 Barely a week after gazetting the latest White Paper as a policy document the National Department of Health abandoned its commitment to principles of equity and human rights when it gazetted a set of seven “institutions, bodies and commissions” to take the National Health Insurance process forward with no apparent effort to inform key stakeholders — even some who had made important submissions to the Green and White Papers. This begs the question: Are we having to confront another example of corporate state capture? By LOUIS REYNOLDS

The National Department of Health (NDoH) has undertaken an ambitious project to achieve universal access to health care for all who live in South Africa through a National Health Insurance (NHI). Three key principles form the foundation of the NHI:

“Firstly, that it is a Constitutional right that the public has access to affordable and acceptable quality health services; secondly, that it is the responsibility of the State to ensure the progressive realisation of the right to health for all South Africans that is premised on the objective of universal coverage; and thirdly, that it is important for health services to be funded in an equitable manner that promotes social solidarity”. (Government Gazette 11 September, 2009; National Department of Health).

These principles informed the Green Paper and the two subsequent White Papers issued — after several prolonged delays — to elicit public input on the NHI.

On July 7, barely a week after gazetting the latest White Paper as a policy document on June 30, the NDoH abandoned its commitment to principles of equity and human rights when it gazetted a set of seven “institutions, bodies and commissions”  to take the NHI process forward with no apparent effort to inform key stakeholders — even some who had made important submissions to the Green and White Papers.

If composed as the NDoH proposes, these bodies (whose central task is to shape our future health system) will be dominated by powerful groups with vested interests in health care: the corporate private sector, technocrats, and other special interest groups — Medical Schemes, the Actuarial Society, private hospitals, academic and research organisations, and elite professional associations. Key constituencies have been left out. Community health workers and nurses — the backbone of the primary health care system that forms the foundation of the NHI — are excluded. Civil society is included in only one group.

Why does the NDoH’s establishment of these structures to assist the “implementation” of the NHI in this way represent a retreat from constitutional principles and values fundamental to the NHI? Let me explain.

Firstly, all seven of the new structures incorporate groups with strong vested interests in how the NHI will run and who are likely to use their positions to protect their privilege at the expense of the egalitarian objectives of the NHI. For example, private sector interests dominate a number of the structures and are substantially represented in all the others. Why should we trust, representatives of highly profitable private hospitals, or medical schemes, or professional bodies, or medical scheme administrators to put the country’s health ahead of their own material interests? Over the past 30 years, we have consistently seen them do exactly the opposite. Why would they suddenly behave differently?

Secondly, despite three rounds of public consultation during which the Department received many submissions on the Green and White Papers (following endless delays in their release) the new structures are being established hastily and by stealth. A government gazette issued in early July only emerged for public attention in late August, with nominations for the new structures due by the 31st. The Department has the contact details of every organisation that submitted comments on the Green and White papers. Yet it failed to alert any of them to these critical developments or to invite them to nominate participants. Thus it appears that the composition of the structures is essentially political — intended to ‘win over’ and empower constituencies whose opposition to an equity and human rights-based NHI would otherwise be substantial, as shown in the overwhelmingly negative way some of them responded over the last few months to the Green and White Papers.

Furthermore, the new structures’ Terms of Reference (ToR) are full of contradictions; the NHI that emerges is not the NHI that the department envisaged originally.  For example, every version of the NHI policy including the final White Paper has been clear about the need for a Single Payer system of financing. Yet, by some sleight of hand, the ToR of the National Advisory Committee on the Consolidation of Financing Arrangements (one of the new structures) prioritises mandatory medical scheme membership for people in formal employment.

This approach entrenches a multiple-payer, multiple-tiered health system with separate arrangements for civil servants, the formally employed in SMEs and big businesses, the informal sector, and the unemployed – precisely the sort of arrangement that was highly criticised under the existing system and which has attracted the most critical attention in NHI initiatives in other countries.  Far from consolidating the financing arrangements outlined in the White Paper, these Terms of Reference do the opposite – they create a new set of dynamics which help to preserve the profoundly unhealthy, unequal and fragmented system we have now.

Ordinary citizens are kept in the dark while those with vested interests are given the power to shape the process. Why is it that communities are frozen out of the structures? Does government not trust the experience of users? How can a National Governing Body on Human Resources for Health focus almost exclusively on doctors and essentially ignore nurses and other key members of the health care team? Why exclude representatives of community health workers, a critical element for the ward-based outreach teams touted as the vehicle for ensuring that primary health care will be the heartbeat of the NHI? And why is it that civil society is only present in one of the structures (the National Health Council) but has no opportunity to counteract pressure from, say, private hospital administrators in the others? This is the epitome of elite decision-making at the expense of ordinary South Africans.

How did this happen? We know that furious lobbying has taken place — private sector meetings with key NDoH officials behind closed doors have become public knowledge. Given the intense pressure put on government we can only assume that this volte-face by the DoH is the successful result of private sector behind-the-scenes lobbying, allowing corporate capture of the NHI for their interests.

This leads us, as members of civil society, to ask: are we having to confront another example of corporate state capture?  Has the vision of the NHI, so clearly articulated by a driven and committed Minister of Health, been abandoned to allow profiteers to pursue their own interests in the future restructuring of the health system?

We cannot allow corporate capture of the NHI. We can’t accept our public health system being sold off to private interests so they can secure an arrangement that puts profits before people’s health. We want an accountable NHI and an accountable Health Ministry and DoH that does not say one thing in a White Paper and do the opposite behind closed doors.

We call on Dr Aaron Motsoaledi, our minister of health, to take a stand against this perversion of the vision of the NHI. We would like to assure him of strong civil society support for any genuine efforts to ensure Health for All in South Africa. We call on the people of South Africa to mobilise for a health service built on ideals of social solidarity, equity and human rights.

We demand a People’s NHI! DM

Louis Reynolds is a retired paediatrician and a member of the People’s Health Movement.