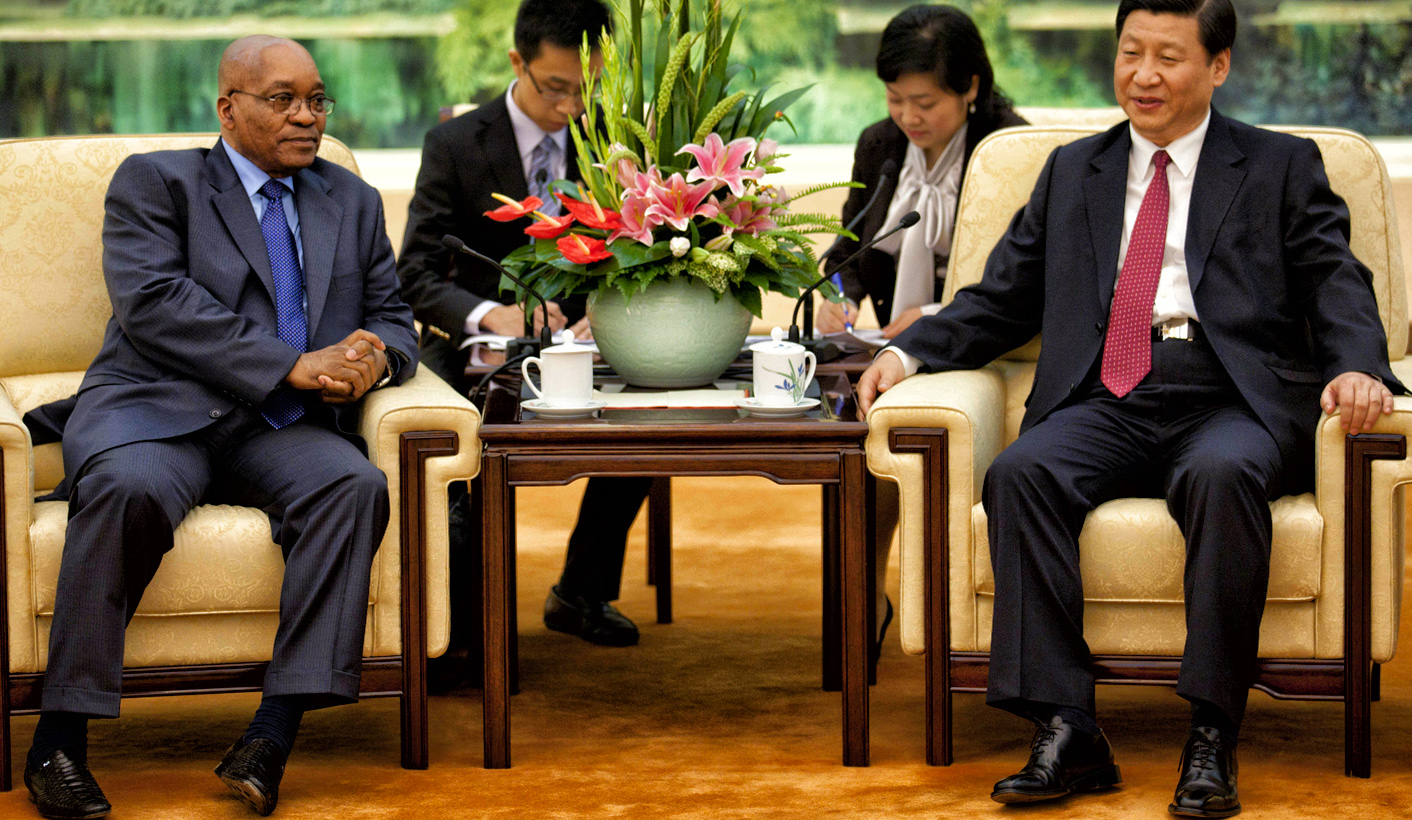 Beijing’s new ambassador to South Africa Lin Songtian announced security assistance as one of ten major areas of increased cooperation between the two countries, in Pretoria on Thursday.

Lin, who has just completed three years as head of the Africa department in the Ministry of Foreign Affairs, was speaking on his first official day as ambassador. He handed his credentials to President Jacob Zuma later in the day.

“Peace and security is the fundamental precondition for national development and investment cooperation,” he said. “We stand ready to support South Africa to enhance the capacity of law enforcement authorities, build smart cities and develop a safe South Africa.”

The potential for increased tourism from China was vast but many tourists – and potential investors – were deterred by the perception of high crime. Lin partly blamed the media for creating this perception but also acknowledged, implicitly, that there was an objective problem of crime when he offered China’s support to local law enforcement authorities.

“If you can’t convince people it’s safe here, tourists and investors won’t come,” he said, contrasting South Africa with China where he said, “even young beautiful girls feel free to go around the streets at any time.”

He also announced that on his watch, the embassy would crack down hard on any Chinese nationals involved in the smuggling of rhino horn, ivory and any other wildlife trafficking from this country and others in Africa.

He said he was aware some people from his country came here to engage in illegal hunting and trafficking of protected animals. Lin said he was calling on them to stay within the law. The embassy would show “no tolerance” if they did not. “We will bring you to the law,” he warned.

Lin added that China would impose a comprehensive ban on ivory processing and trading for commercial purposes by the end of this year.

“At present China, the US, UK, France and Interpol are consulting and planning to launch a joint law-enforcement operation to fight against illegal hunting of endangered wildlife and illegal trading of wild animal products in South Africa, Kenya, Namibia and Ethiopia.”

“And we will provide a huge market for South Africa’s agricultural exports,” he promised, noting that by the end of this month, South Africa would become the first African country to export beef to China.

Restrictions on South African food exports into China have been a major problem in the past.

Jessica Bezuidenhout for Scorpio • 18 hours ago