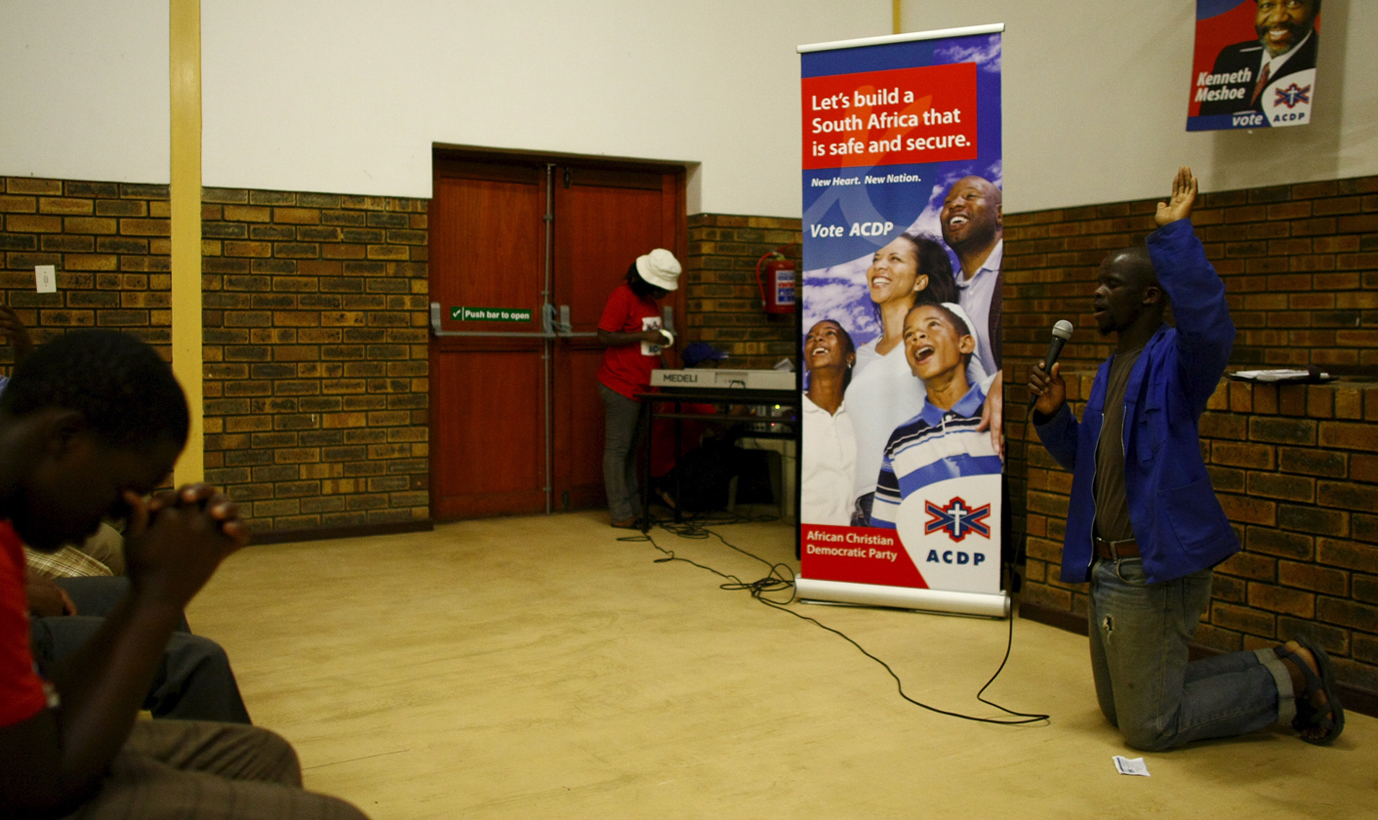 If the African Christian Democratic Party gets its way, women seeking an abortion in South Africa would find it a lot more difficult in future. Proposed amendments to current abortion legislation include forcing women to see ultrasounds of their foetus before going through with the procedure, as well as removing the current provision which allows for abortion after the 20th week of pregnancy if carrying the foetus to term would harm it. It’s difficult to see the justification for making abortion services harder to access than they already are. By REBECCA DAVIS.

The New Yorker put it best, earlier this year: “When you can’t ban something outright, it’s possible to make the process of obtaining it so onerous as to be a kind of punishment.”

It’s hard not to see echoes of this notion in the ACDP’s proposed amendments to South Africa’s existing abortion laws.

The private members’ bill submitted by the party to Parliament proposes that women would have to undergo mandatory counselling before being able to have an abortion, including “the provision of electronic pictures, diagrams and photographs”. If the woman in question is severely mentally disabled or unconscious, the counselling must still be administered – to her spouse or guardian.

The line from the ACDP is that compelling women to undergo pre-abortion counselling, and see ultrasounds of their foetuses, is designed to make sure the women in question have the necessary information before pursuing an abortion they may later regret.

“The information the ACDP has is from women who have shared their story which includes the fact that they didn’t want, or get, relevant counselling and they later felt they would have made a different decision if they had,” MP Cheryllyn Dudley told Daily Maverick.

Forcing women to look at ultrasounds, in Dudley’s view, “will only ensure women are able to make an informed decision and have access to modern technology when considering a medical procedure that carries risks, as all medical procedures do”.

Elsewhere in the world, however, anti-abortion lobbyists have been open about their hope that showing women ultrasounds may persuade them to carry their pregnancies to term. As The Atlantic noted in January that this idea was popularised by doctors John C. Fletcher and Mark I. Evans in a 1983 journal article which argued that making women look at ultrasounds would lead them to “experience a shock of recognition that the foetus belongs to them”.

But that idea is not borne out by evidence. The largest study to date, published in 2014 in the Journal of Obstetrics & Gynecology, found that 98.4% of women who opted to look at ultrasounds before pursuing an abortion decided to end their pregnancy anyway.

If the ACDP’s proposed amendments to law are accepted, no abortions would be able to be performed in South Africa without a prior ultrasound – placing further strain on already under-resourced public healthcare facilities.

“I believe ultrasound equipment starts at about R17,000. When it is mandatory, the budget will have to follow the legislation,” Dudley says.

Whitney Chinogwenya, spokesperson for private abortion clinics Marie Stopes, says that the ultrasound requirement would hamper the ability of public sector facilities to do their work.

“All Marie Stopes South Africa [clinics] do have ultrasounds but many other clinics – including those in the public sector who serve those most in need – do not,” Chinogwenya told Daily Maverick. “Midwives and professional nurses are trained to physically examine women to access pregnancies. Not having an ultrasound does not hinder their ability to perform the procedures.”

Chinogwenya is sceptical about Dudley’s claim that women who seek abortions have not fully thought through the consequences.

“In our experience, women who seek abortion services have done their research and are well informed. In many cases, the decision to have an abortion is not made lightly and we need to start trusting that women make the right decisions for themselves,” Chinogwenya says. “The other issue that is presented by the mandatory counselling suggested by the ACDP is that there is mandatory content that they believe should be shared with women [which] includes some misinformation and myths about abortion.”

Independent fact-checking bodies have shown that the pre-abortion counselling that is now mandatory in at least 19 American states contains medically inaccurate or biased information. This includes the incorrect assertions that abortion is linked to an increased risk of suicide, breast cancer, and future infertility.

Asked by Daily Maverick if there was any evidence currently that South African women are making uninformed choices about abortion, Dudley responded: “Very definitely, yes,” but did not elaborate further.

The ACDP’s proposed amendments to South Africa’s existing abortion legislation also include scrapping the provision which currently allows for abortion after 20 weeks if doctors believe that the pregnancy would pose a risk of injury to the foetus.

Dudley says this clause should be removed because it is too vague. “The risk of a displaced hip joint, or a forceps birth, could not possibly warrant taking the life of a child,” she says. (It is common practice in some anti-abortion quarters to refer to the unborn foetus as a “child” in order to give weight to the “abortion is murder” narrative.)

Chinogwenya opposes the removal of the provision. “Barring procedures at any [stage of the] gestation that are required for medical reasons is cruel,” she says. “These types of cases are sometimes wanted pregnancies that are just not viable and women should not be forced to continue with the pregnancy.”

Abortion has long been one of the ACDP’s hot button issues: they were, in fact, the only political party to oppose the adoption of the Constitution, on the grounds of its liberal abortion provisions.

South African women looking to have an abortion on the public health system already face real difficulties, however. A recent Amnesty International study estimated that only 260 out of 3,880 public health facilities nationwide provide abortions. In the Western Cape, it’s reported that there are only three doctors in the province who currently perform public sector abortions. The cost of private sector abortions, at facilities such as Marie Stopes clinics, starts at R1,300 – unaffordable for many.

Writing in Daily Maverick recently, public health official Professor Eddie Mhlanga lamented the fact that the refusal of healthcare providers to perform abortions due to the unregulated application of “conscientious objection” has “serious implications for women’s health”.

Why seek to place further obstacles in the way of women who have chosen to pursue abortions? It is clear that both social and institutional stigma already make the decision one which cannot be taken lightly. Victory for the ACDP, in this instance, would translate into greater challenges for South African women to exercise their freedom of choice safely and legally. DM