Op-Ed: Courts must play a role in the fight against gender violence, or remain part of the problem 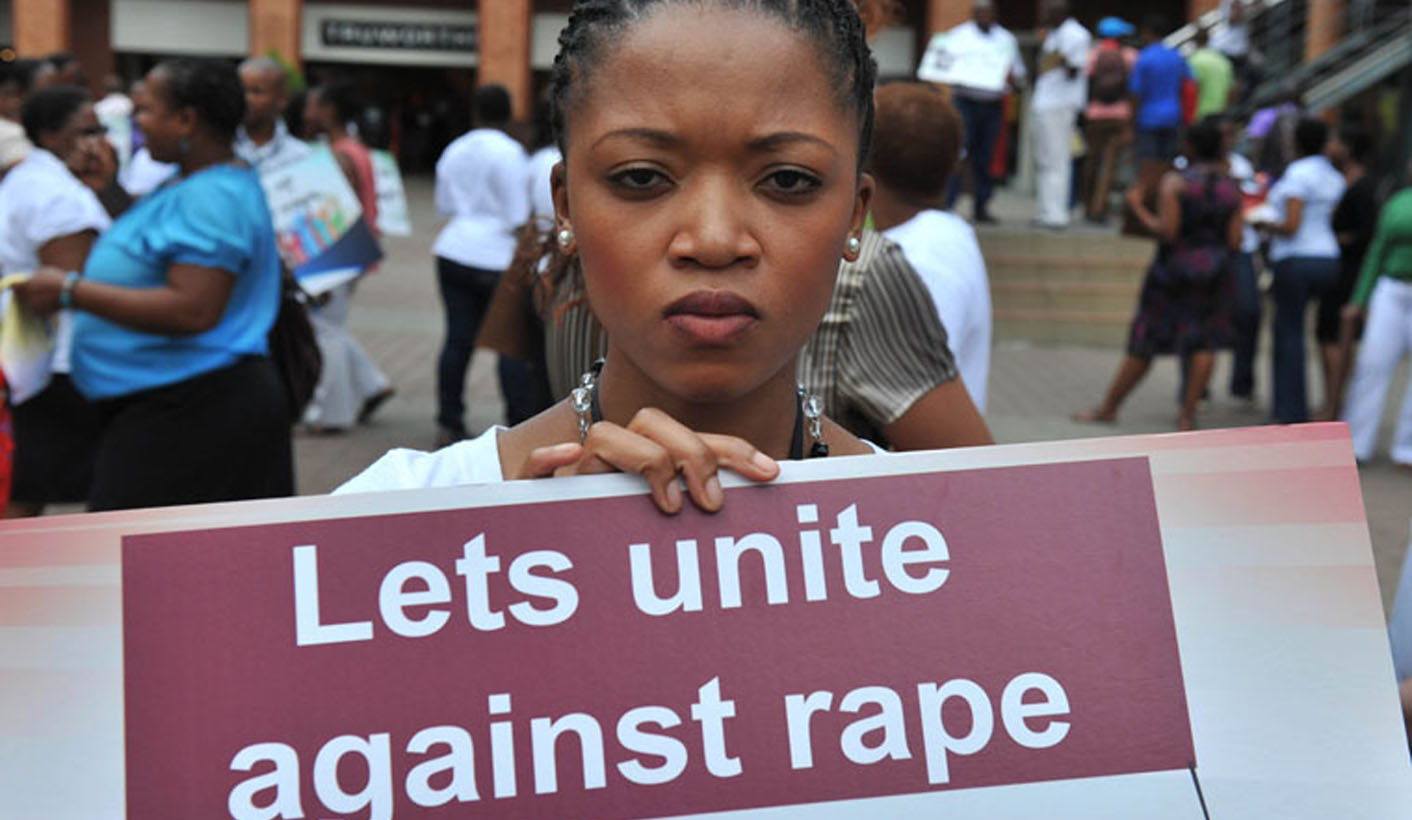 Until we say enough is enough, courts will continue to mete out partial justice in the service of patriarchy and to reinforce the status quo. By LUVO NELANI.

We are once again retreating into our resignation with gender-based violence following the attention recently paid to this scourge, recognising it as a societal ill after the murder of Karabo Mokoena. Barring our often unenduring anger at those stories that make the news, there remains our fleeting indignation when the rape of a child is reported, in amongst the detritus of state capture, racist teachers and the humdrum of the rainbow nation.

However, in the same ways, the systems in place to respond to gender-based violence will go on failing victims. For one, many courts will continue to mete out partial justice in the service of patriarchy to reinforce the status quo. This will be so, until we say enough, for women everywhere, including those whose stories won’t get any media attention.

Section 51 of the Criminal Law Amendment Act (“the act”) prescribes minimum sentences for certain serious offences such as rape. The act allows judges to use their discretion to deviate from imposing these minimum sentences when substantial and compelling circumstances exist. The Supreme Court of Appeal in S v Malgas directed the courts that the prescribed sentences are not be “departed from lightly and for flimsy reasons”. Although the act, for example, explicitly excludes the consideration of “apparent lack of physical injury to the complainant” as a factor to be taken into account when imposing a sentence in cases of rape, these and other considerations regarding the “severity of rape” continue to feature in the reasoning employed under judicial discretion to depart from imposing mandatory minimum sentences. In a way, judicial discretion leaves room for reliance on subjective predispositions in sentencing rape, which often has a detrimental impact on rape jurisprudence, gender equality and essentially, the pursuit of justice for victims of rape.

In many courts during sentencing, the consideration of violence (the lack of violence) is still accepted as a mitigating factor, which is ancillary to rape. In S v Mfinyeza, for example, the judgment reads under substantial and compelling factors “no physical violence was perpetrated against the complainant at the time of the rape”, as if rape is not itself violent. Similarly, in sentencing an accused for the rape of his neighbour’s 10-year-old daughter, in S v Nkawu the court held “the physical injuries suffered by the complainant were not serious. They are indicative of a relatively minor degree of force being used”. Also in this same case, as in many others, the circumstances of the accused, that he was “gainfully employed and supported his family”, were considered as one of the “substantial and compelling” factors to justify deviating from imposing the mandatory minimum sentence. The rationale here is baffling and leads me to assume something of the ways we reward “responsible men”. In Wesley Lowery’s They Cant Kill Us All he comments on our conception of violence, “we believe that if we can somehow figure out the character and life of the person at the centre of the story, we can somehow understand what happened”. In sentencing rape, the distinction and prioritisation of who people are often perverts the interpretation of the facts and gives weight to subjective ideas of what people deserve, and for example, whether they are even capable of rape, in the ugly ways we think about rape.

These are not unique examples on which the criticism on patriarchy can be made, in the context that the inconsistencies of gender are shaped and distributed by functionaries, who form part of a legitimated system that informs societal behaviour. This is to say that those who form part of the judicial system and are responsible for echoing public right and wrong make decisions that have a material impact on people’s lives. As such, the exercise of judicial authority, in the way it produces and entrenches legal and social culture, should be considered against the realities of systematic violence in our society and should be directed to give effect to Section 9 of the Constitution to protect and promote gender equality. Especially because, as recognised in Carmichele “sexual violence and the threat of sexual violence goes to the core of women’s subordination in society. It is the single greatest threat to the self-determination of South African women”.

The impact of biased jurisprudence should concern us in light of, among others, retired Judge Mabel Jansen’s remarks indicating that rape is part of the culture of black people. Barbara Fields and Karen Fields aptly articulate the seriousness of the problem in Racecraft saying “everyone has skin colour, but not everyone’s colour counts as race, let alone as evidence of criminal conduct”. The missing step between someone’s physical appearance and the invidious outcome is the practise of a double standard, in a word, “racism”. In other words, the way that prejudice functions is that it paints our bias as reality when we are confronted with a set of facts that fit into our existing narratives about who people are. This predetermination operates to corroborate and legitimise the double standard and has a material bearing on judging and the public. The exercise of judicial discretion should as far as possible be guided to avoid the confluence of partialities and material mitigating factors, whatever those may be.

Pumla Gqola describes this systematic fault fittingly in Rape: A South African Nightmare saying: “When we make excuses we become the perpetrators and their allies. It is important to redefine what justice means, recognising that it lies not in political speeches, at the mention of non-sexism at the bottom of stationery, for many women it is not in the criminal justice system.” Our courts must consistently speak with a definitive and objecting voice against the continued violence on the dignity, bodily integrity and freedom of women, otherwise they too are part of the problem. DM

Luvo Nelani is a researcher at SECTION27. She writes as part of the #FAILEDBYSYSTEMS campaign

Photo: The status quo will remain the same until women say enough is enough, according to the writer. Here in this file photo, GCIS staff take part in a “Day of action Against Rape” in Pretoria in 2013. Photo GCIS