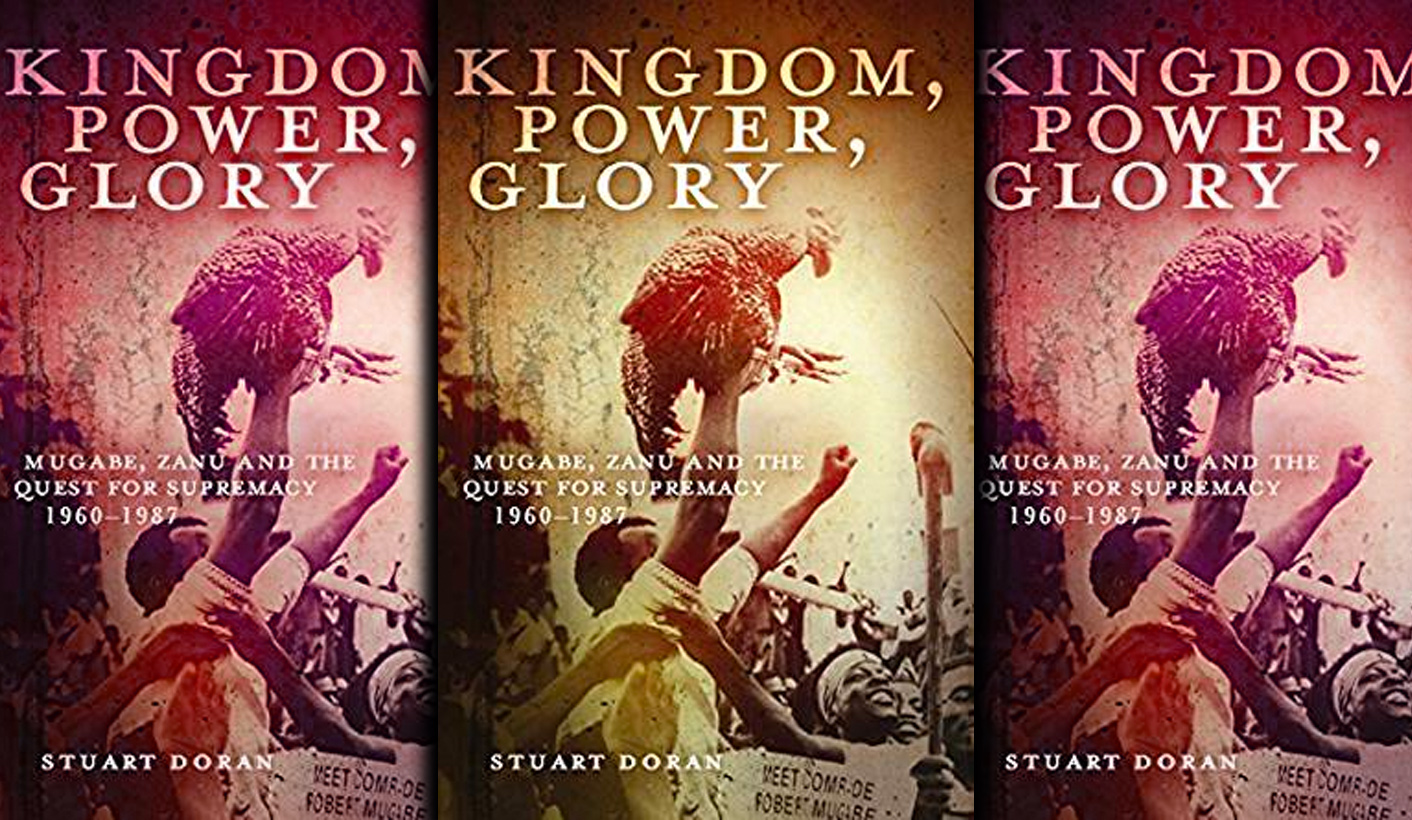 In mid-1982, bandits abducted six foreign tourists in Matabeleland, triggering a massive manhunt by government forces. Robert Mugabe accused his rival, Joshua Nkomo, of sponsoring this and other “dissident” activities – part of a process in which Nkomo’s party, Zapu, had transitioned from an openly defiant military formation to a poorly disguised dissident movement. It was this alleged insurgency that prompted the deployment of Zanu’s anti-dissident force, the “Gukurahundi”, in early 1983. Yet evidence for Nkomo’s involvement in the tourist kidnapping and other dissident outrages was scant – and previously unpublished documents show that the government knew it. Instead, Mugabe and his ministers were using the dissident problem as a convenient stick with which to beat Nkomo and achieve their political objectives. By STUART DORAN.

On 23 July 1982, a group of tourists – two Britons, two Americans and two Australians – were kidnapped by bandits on the Victoria Falls road, 70 kilometres north of Bulawayo. The abductors left a note demanding the release of two senior members of Nkomo’s former army, Zipra, who had been arrested earlier in the year during the so-called arms caches crisis. Many ex-Zipras had deserted the new national army in the wake of that crisis and resultant persecution, and some had taken to a life of banditry in Matabeleland. By the time the tourists were taken, more than 5,000 soldiers had gone AWOL and there were around 130 bandit incidents occurring each month.

Over 1,500 troops were sent to track the tourists and their captors, but the search quickly went awry. In a situation report to parliament, the minister of defence, Sydney Sekeramayi, asserted that “a successful conclusion to the rescue operation has been and is being hampered by elements of the local population and other dissident people”.

“Highlights of their inhuman and despicable actions” included “withholding information and giving false information”, “attempting to obliterate the spoor”, “laying false trails” and giving “sanctuary, food and water to the dissidents and hostages secretly”.

Mugabe weighed in the next day, telling a packed chamber that the abduction was not the act of “an isolated gang of bandits”. Dissidents were “operating on instructions from Zapu leaders … Their actions are centrally motivated and are being carried out in order to bring about destabilisation of our country, leading to a possible change of government”. Zanu could not “allow the technicalities of the law to fetter its hands” and some of the measures it would adopt in response would be “extra-legal”. Those “who work against democracy do not deserve democratic treatment … ‘An eye for an eye, and an ear for an ear’ may not be satisfactory in our circumstances because we might very well demand two ears for one ear and two eyes for one eye”.

The tourist abduction proved a turning point. While claims that Zapu leaders had been co-ordinating dissident activities had been a mainstay of government rhetoric for some time, the notion that Matabeleland’s population at large was also part of the conspiracy was new. There had been a few throwaway remarks along those lines before, but allegations that Zapu’s Ndebele-speaking supporters were a “dissident people” now became constant and increasingly hysterical. Indeed, it was a dissident “massacre” of December 1982 – one preceded by a supposed “beer party” between the bandits and locals – that was used as a pretext to deploy the Gukurahundi, which immediately began its own retaliatory massacre.

The tourist kidnapping also marked the point at which Zanu militarised the conflict with Zapu and its supporters. Having dismembered Zipra in 1981, the government was no longer faced with a conventional military threat, but the abduction justified a vast expansion of military activity in Matabeleland. The creation of mass detention centres in Matabeleland North and the growing incidence of human rights violations, including extra-judicial killings, were a direct outcome of the search for the tourists and formed the immediate backdrop to the Gukurahundi’s purported counterinsurgency operation in the same area during 1983.

Commenting on the army’s conduct during the search for the tourists, Mugabe said that his men were responsible for some “acts of indiscipline” and “even, on occasions, of brutality against the black population of the province” but “armed forces sometimes had to be forceful in situations where they were getting little co-operation”. His rationalisation of the Gukurahundi’s mass killings six months later was the same. In a discussion with a group of NGOs, he declared that “the ordinary people are suffering – but the ordinary people are sustainers of dissidents”.

“We sent troops in [during 1982], warned of vigorous action if dissident activity continued – and it continued … These dissidents are not operating from the bush, but from people’s homes … They are sustained by the Zapu infrastructure and the majority of these people … are members of [the] Zapu infrastructure … If necessary, we have to be harsh.”

But much of the government’s propaganda was just that – a string of conscious lies that were used to further an existing political agenda. The aftermath of the abduction provides a clear demonstration of this reality. A day after Mugabe addressed parliament, claiming a definitive link between the incident and the Zapu leadership, Sekeramayi blew his cover in a private discussion with a diplomat – not the last time he was to display what (for the government) was an unfortunate tendency to reveal the true intent behind Zanu’s bombast. He “expressed doubt as to how much influence Nkomo really had in the area [of the kidnapping] now”, adding that “he could not believe that anyone with Zapu political connections would have initiated or sanctioned an abduction such as this”.

The Zanu-aligned police commissioner, in turn, blew Sekeramayi’s own cover, giving the same diplomat an overview of the relationship between dissidents and locals that contradicted the minister’s situation report and Zanu propaganda at every turn. “Bandits were”, he remarked, “often part-timers operating by night with an AK47 that was hidden by day.” Their “own parents were usually unaware of their activities” and, far from being keen to assist dissidents, “people were generally so afraid of the possibility of being shot if they recognised a bandit that they tended to ‘look away’ when being held up”. Nor did villagers usually withhold information about dissidents. Although they were “scared to take the initiative to report incidents of banditry … they were, however, prepared to talk to regular patrols of police … and give information that was quite useful”.

The identity of the abductors remains a mystery, notwithstanding the belated discovery of the tourists’ remains (in 1985) and the government’s flaky claims that it had captured the leader of the gang and one of his accomplices (both of whom were executed). Yet in broad historical terms the precise identity of the kidnappers is largely irrelevant. There was no gigantic and cunningly hidden conspiracy between the Zapu leadership, dissidents and the rural inhabitants of Matabeleland, as the government well knew. In a moment of indiscreet clarity similar to Sekeramayi’s, the deputy minister of home affairs put it thus in a private conversation a month before the tourist incident: “It was nonsense to speak of dissidence being in any way centrally planned; those involved were hungry and rather desperate young men who were taking to banditry for a variety of reasons.” That was at a time when the government was already hyping the allegedly clear-cut connection between Zapu politicians and dissidents.

It is inaccurate and ahistorical to reduce Zimbabwe’s early post-independence years to a series of pre-determined events, planned and controlled from behind the scenes by Mugabe and Zanu-PF. Without doubt, there were many instances where chance, confusion and paranoia played their part. Yet the evidence – much of which has been unavailable until now – demonstrates that many of the key moments were orchestrated or skilfully manipulated by the ruling party. The capacity of Mugabe and his lieutenants to conceive and implement the type of Machiavellian schemes of which they often accused their rivals in the 1980s has all too often been underestimated. When it comes to the narratives dished up by those in power, ancient wisdom applies in Zimbabwe, as elsewhere: “When you sit down to eat with a ruler, observe carefully what is before you, and put a knife to your throat if you are given to gluttony.” DM

This is the third of a four-part series on the Gukurahundi exclusively published by Daily Maverick, based on Stuart Doran’s newly published book Kingdom, power, glory: Mugabe, Zanu and the quest for supremacy, 1960-1987 which is now available in major bookstores and online at www.sithatha.com.

Stuart Doran is an independent historian and author.