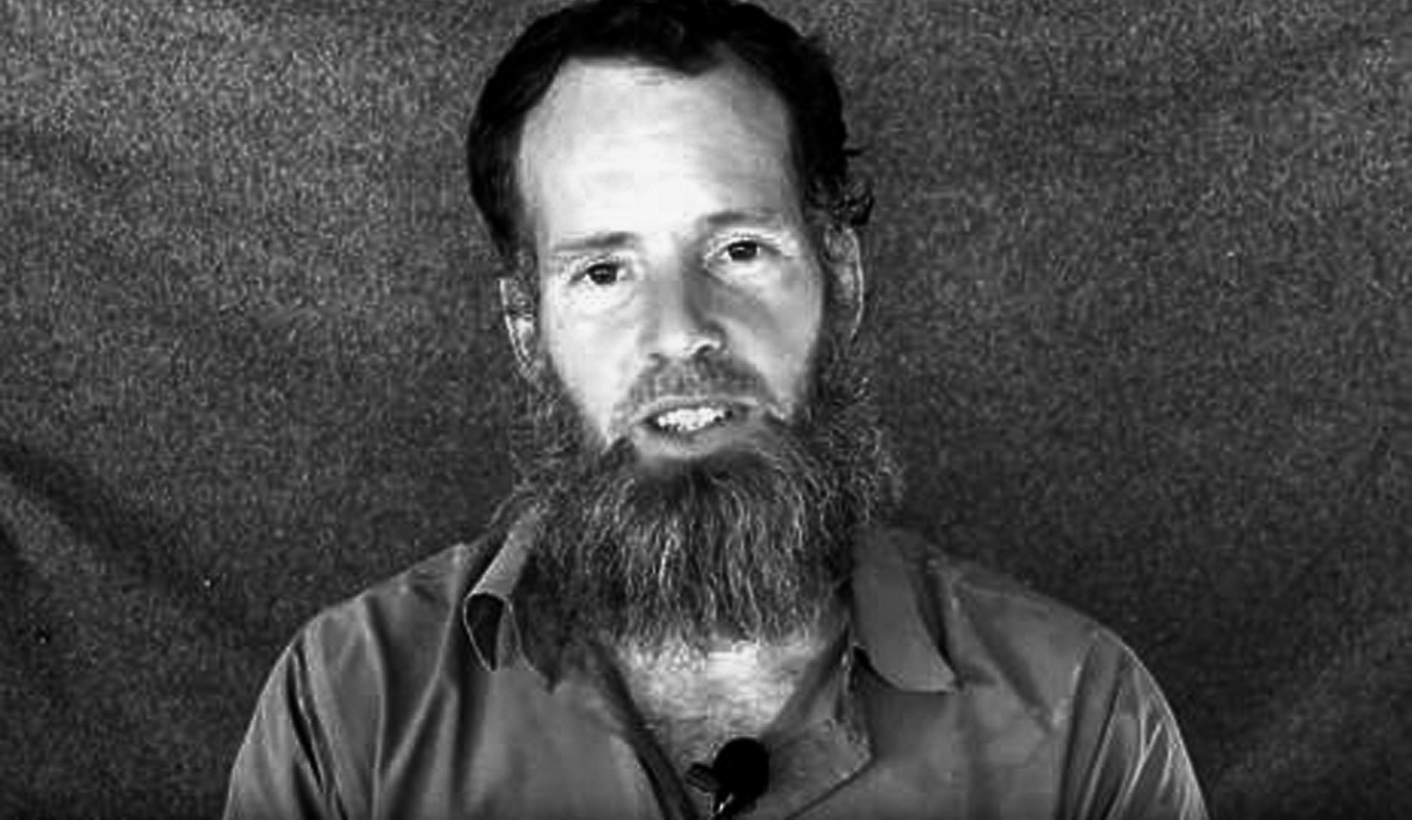 Experts on jihadi terrorism are convinced that the South African government must have paid al-Qaeda in the Islamic Maghreb (AQIM) a ransom to secure the release last week of Stephen McGown after nearly six years in captivity in northern Mali. Not so, say international relations and security ministers. By PETER FABRICIUS.

Malcolm McGown, Stephen’s father, said at a government press conference on Thursday that he was “pleased to say my son is looking well and healthy and his mind is as sharp as ever,” despite his ordeal.

Minister of International Relations and Co-operation Maite Nkoana-Mashabane announced on Thursday that McGown had been released on 29 July and had been reunited with his family. She and State Security Minister David Mahlobo firmly denied that the South African government had paid a ransom or met any other condition for the release.

Rukmini Callimachi, an expert on jihadi groups for the New York Times, tweeted later that Pretoria had in fact paid €3.5-million to AQIM through Gift of the Givers, a South African charity which had been negotiating with AQIM for some time for McGown’s release.

Callimachi quoted a retired European intelligence official as saying that Gift of the Givers had “agreed on the price of the ransom in their role of intermediary”. The official added that the ransom was handed over in the Adrar des Ifoghas mountains by an undercover agent working for French services.

Callimachi said these mountains in the desert in the north of Mali were where AQIM was known to operate and where it had held hostages before.

“So it was an operation managed by France and South African intelligence through an intermediary,” she quoted the unnamed European intelligence official as saying.

Callimachi made the point in the tweets that AQIM had never released a male hostage so far without ransom money being paid. She said only one or two women hostages had been released without ransom.

But Imtiaz Sooliman, head of Gift of the Givers, said on Thursday evening: “We were not involved in the last phase. We set up the negotiations, made the contact and then finally passed it on to the government at end of June.

“The release needed dialogue between the Mali and SA governments, the security agencies from both countries, the use of military escorts, private planes and helicopters if necessary and everything related to the final arrangements if things went well. We couldn’t be involved in any of this.

“We have had no contact with the French. We have no idea of ransom money because we were not involved in the final arrangements. We were expressly warned at the onset that we must have no dealings with the French otherwise no one will recognise us as negotiators.”

Asked then why AQIM would have released McGown without a ransom – contrary to their long tradition, as French journalist and AQIM expert Lemine Omsalem put it – Sooliman replied: “Only the government can answer that.”

On Thursday evening Clayson Monyela, spokesperson for the Department of International Relations and Co-operation (Dirco), specifically denied Callimachi’s report. “The South African government has no policy of paying ransoms,” he said. “No ransom was paid.”

Sooliman added that “it was strange that the New York Times says we paid ransom when our government took the full credit and don’t mention us at all.”

At their joint press conference Nkoana-Mashabane and Mahlobo did thank unnamed “NGOs” in general, as well as President Jacob Zuma, the SA government, the Mali government, the Economic Community of West African States (Ecowas) and the African Union for their roles. They did not mention Gift of the Givers by name.

Mahlobo attributed the success mainly to South Africa’s “shrewd” and “friendly” foreign policy, “because without that it wouldn’t have happened. Every government has a responsibility (to do) whatever it takes. We have to find our citizens and bring them back home.”

And then he added “…every country finds its price when it brings its own back home”.

At the same press conference Malcolm McGown thanked “everyone for all the work that’s been done. And there was a tremendous amount of work done behind the scenes. Government assisted from the beginning. It took a long time but we got there ….”

He said he had hoped Stephen would come home before his mother Beverly died in May.

“We tried to keep my wife going by continually saying he’s coming home. It didn’t quite work out the way we wanted it to.

“So we’ve simply had to say to Stephen, a lot of water has passed under the bridge but you’re strong, you’ve got to just do, you’ve got to carry on your life and make the best of what it is. Every experience in life has benefits. And I think he will pick himself up in a little while and join the normal run of life.”

Stephen McGown’s wife Catherine said at the press conference: “It’s been a very, very long time and I’m just so pleased this day has come. It’s just unfortunate that Stephen’s mom is not here and that Stephen isn’t here right now. (He was getting medical check-ups.)

“And this is not how it happened. So he came out and he looked at me and sort of said, ‘Wow, your hair’s grown.’ And I said, ‘Well, actually your hair is longer than mine now. Very long.’ I’m just very pleased.”

McGown was abducted from a restaurant with three other tourists while visiting Timbuktu in northern Mali in November 2011. A German who resisted being shoved into the captors’s vehicle was shot dead. Dutch citizen Sjaak Rijke was rescued by French forces in April 2015. Swede Johan Gustafsson, who was being held with McGown, was released in June this year. DM