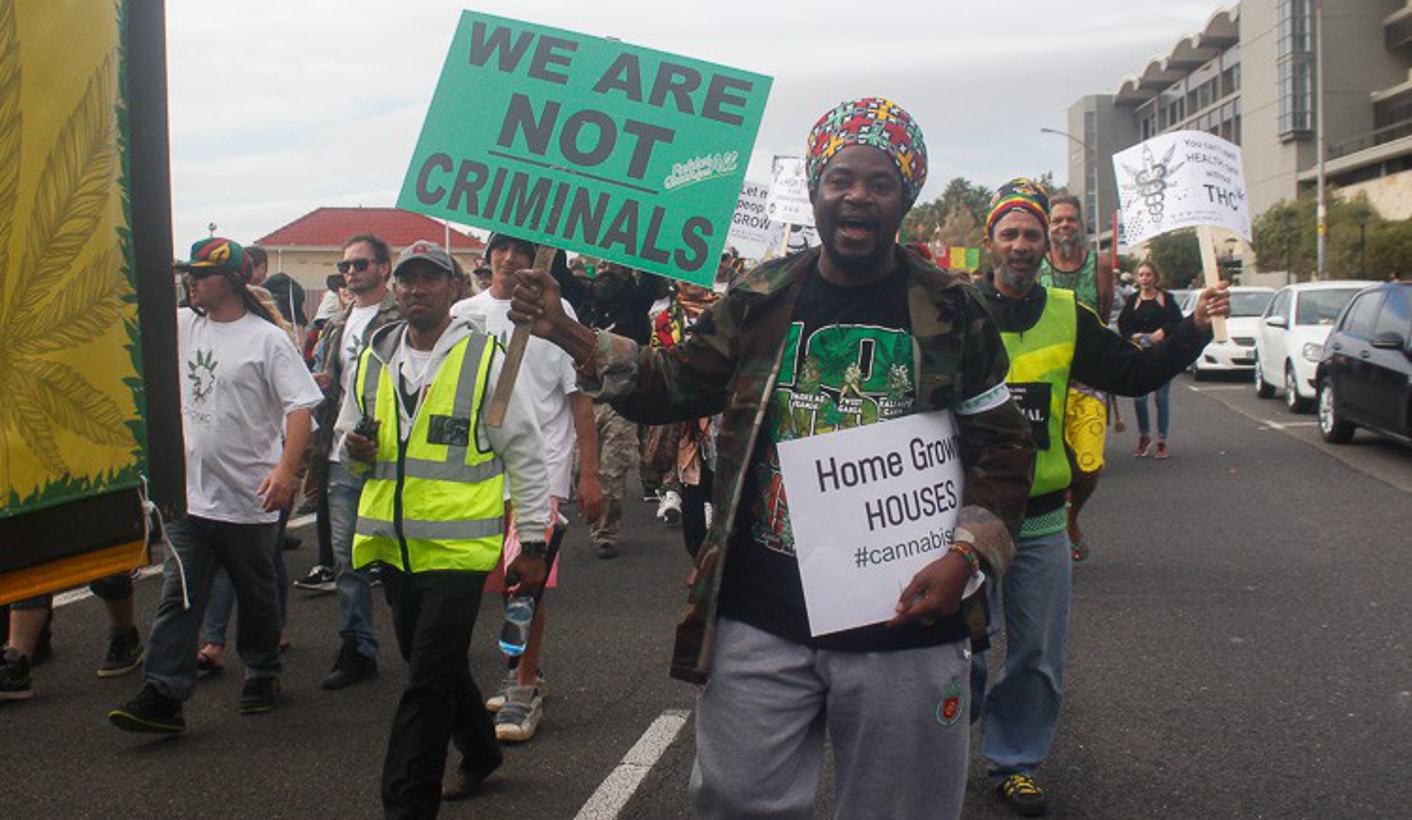 South African drug policy is rooted in racism and class discrimination. This was the view expressed by Dr Ethan Nadelmann at the opening of SA Drug Policy Week in Cape Town on Monday. By Ian Broughton for GROUNDUP.

Dr Ethan Nadelmann is the founder of the Drug Policy Alliance. He has dedicated most of his life to changing America’s drug policy which resulted in a war on drugs. Speaking to delegates, Nadelmann said that South Africa was on the wrong path, which has serious consequences.

More than 150 delegates from different government and civil society sectors, as well as drug policy experts and activists, are expected to participate in this year’s event. The delegates will be sharing ideas and experiences. They will also be proposing solutions to change the current system of heavy anti-drug sentiment.

Three reports will also be released later this week, including one which describes the most significant development yet in efforts to change South Africa’s drug policy.

Nadelmann also warned of the impact that unjust laws could have on society  – a lesson which America learned the hard way. Many substances were banned because they were used by minorities such as Chinese, Africans, and Mexicans.

Nadelmann criticised the American drug policy which he said made substances illegal not because it was more dangerous than another, but because of who was using it.

He said there has never been a drug free society in human history and people shared a universal desire to alter consciousness. “Drugs are here to stay whether we like it or not, and we needed to cope with it by building a framework based on science and human values,” he said.

He said, “Understand the extent to which drug laws are embedded in racism.” Solutions based on scientific research were necessary, such as harm reduction and opioid substitution therapy (methadone).

But not everyone in the drug treatment field agrees with Nadelmann’s view.

Cathy Karassellos, a clinical psychologist at the Cape Town Drug Counselling Centre, said they preferred an abstinence model. “We feel harm reduction could give a dangerous message if it implies addicts can learn to use drugs safely. This approach should be utilised with caution,” she said.

Harm reduction doesn’t force drug users to quit if they don’t want to, but encourages safer use of drugs. An example of this is needle exchange programmes.

Karassellos agreed that change was needed but disagreed that South Africa’s drug policy was rooted in apartheid. She said that she would like to see more realistic funding for substance abuse NGOs and more funded inpatient centres so clients don’t have to wait six months or longer for a bed.

Karassellos said she supported decriminalisation, but only for users.

She said there was a “micro-epidemic” of HIV infections among key populations – groups of people more vulnerable to HIV – including drug users. Those who injected drugs were at an even higher risk and currently 14% of people who do this are HIV-positive. “These people needed to be reached,” she said.

The conference ends on Thursday. DM

For more information about the conference, visit www.sadrugpolicyweek.com or get tickets from www.quicket.co.za.