Mandela Day: Honouring his legacy in anger and pain as the country weeps 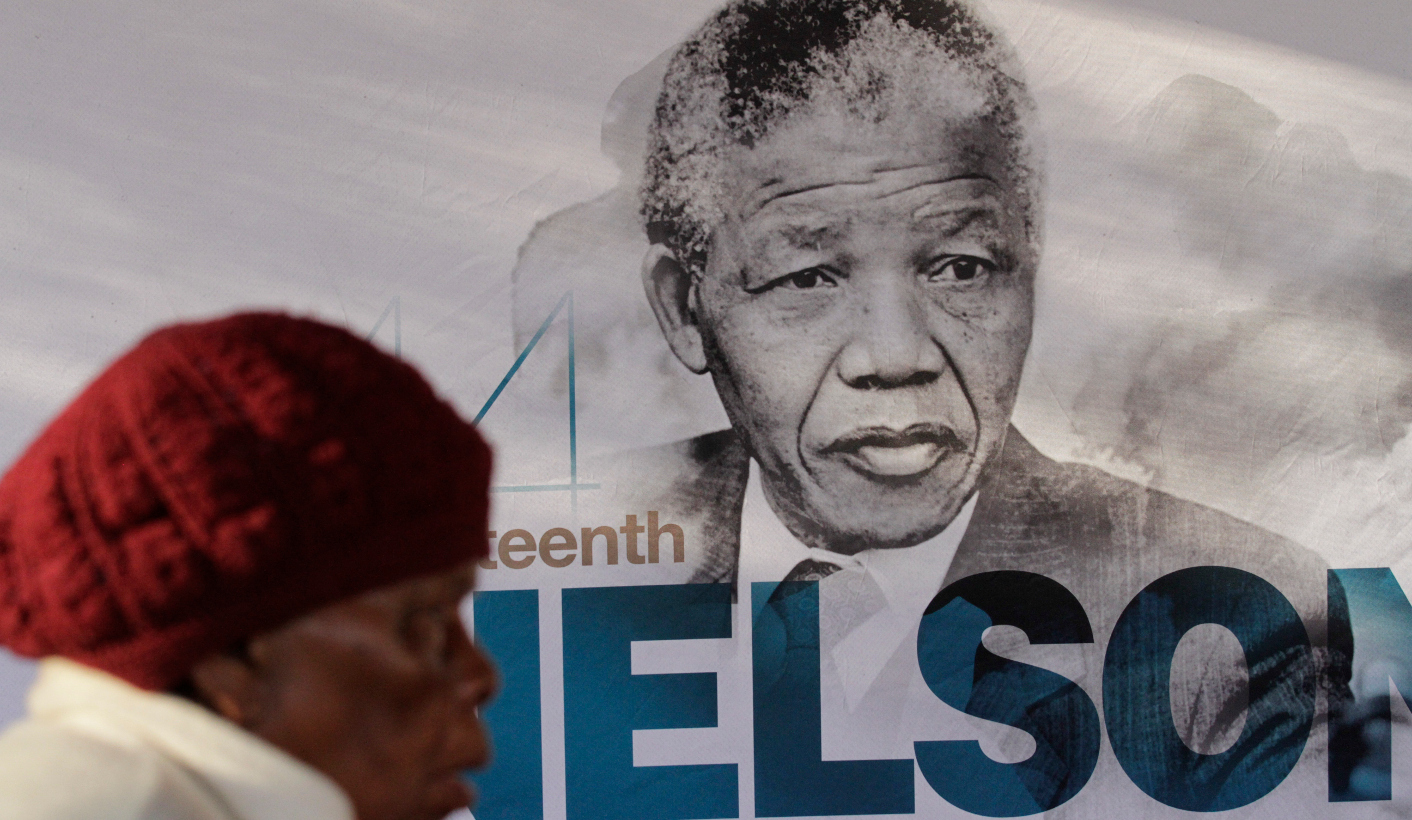 Every individual has the power to transform the world and make an impact. This is what Nelson Mandela tried to instil in South Africans when he fought for social justice for 67 years. DAILY MAVERICK spoke to ordinary South Africans about what Mandela's legacy means for them today, the former statesman's birthday.

“Mandela had a good legacy, but his ideals have gone with him to the grave. The ANC is doing a terrible job (of) living up to his legacy, it has lost its way. They are no longer for the people but for the people within the ANC. They do not look at South Africa as a whole but rather at how they can benefit from corruption. We are not united as a country which is something Mandela fought for. It seems like nowadays the ANC is just trying to get back at the whites… which was not something our beloved president wouldn’t want to see happen. He fought for equality of all. I will be serving my 67 minutes at an orphanage reading to the children there ”

“Mandela catered more for people who were less privileged, he preached more about unity than revenge… I do not think the ANC of today lives up to his legacy, they seem like a banana party. I feel as though they are very selfish and arrogant, they are self- serving and have completely forgotten about serving the people. They do not regard what the people say, it is like people should listen to them, like they put themselves into leadership…  I feel like they come up with ridiculous ideas especially this idea about having two deputy presidents. I feel like as South Africans we should at least try to live up to Madiba’s legacy as he taught us that UNITED we stand, DIVIDED we fall. I will spend my 67 minutes with the kids from Lerato House and an orphanage here in Pretoria and donate food parcels to them.”

“Mandela was never corrupt and the ANC should live up to his legacy because he spent 27 years fighting for a democratic, equal country and it just looks like a joke when the ANC does not live up to what he fought for yet still claim to  do so when this is not how it comes across to us South Africans.”

“Today means nothing to me, because of the way our country is – no jobs, expensive food and violence everywhere. The ANC of today does not live up his legacy, but after all its just different times and there is no need for us to compare. The ANC does not reflect anything from Mandela’s time, things are different now.”

“It means that we have all the rights to yourself and to uniting our people as one nation. The ANC is living up to Mandela’s legacy because he is the one who has made us to have freedom and the ANC stands for Mandela. I will be making sure that poor people at least get something to eat.”

“Mandela’s legacy means peace and a society full of love and harmony. Mandela strove to build a better society so we must also strive to do better to honour him.  I’m sure with our country today he must be tossing and turning (in his grave). With Mandela’s time we had great leaders, who did their level best to do what is right. Yes they were not perfect but they tried. They had morals and valued people. With Mandela’s time we (the people) came first, unlike the leaders of today. All they care about is themselves busy eating our tax money. There is no service delivery – before anything is fine we first have to take it to the street. With my 67 minutes I will be cleaning the Xikari bridge, where they have been taking women and robbing people of their belongings.”

“Nelson Mandela’s legacy means liberation and reconciliation. His legacy speaks for itself in the work that he did, the Ubuntu culture established, in the frameworks and institutions he built up,  the time he dedicated to us continuously and his efforts to change the lives of South Africans and children all over the world. The ANC of today doesn’t reflect his legacy, the ANC of today is corrupt and lacks accountability and leadership skills. They do not care about their voters, the only time they pretend to care is when they want our votes and from there you will never see them. ”

“Mandela’s legacy means nothing to me. I do not know what he fought so hard for because everything he believed in is taken for granted. This makes me not want to even think about his legacy because we are back to square one but it just seems that the roles have changed. The ANC of today does not live up to Mandela’s legacy because it seems like they spend too much of their time focusing on white monopoly capital while there are still other issues affecting us in South Africa. It’s like the ANC of today is trying to push us to a dictatorship because we have been urging the President to step down so that we can try pick ourselves up but he refuses. As part of the youth in South Africa I am starting to lose respect for our ruling party because of what they are doing which makes me not even want to be part of anything happening in the country. It is just a joke for one person to fight long and hard for social justice just to be given back such a thank you.”

“Mandela’s legacy means nothing to me because nobody is trying to live up to it. We are still focused on being better than the next person and not focusing on unity. Mandela fought long and hard for us trying to build a better South Africa and it seems as though we were only trying to act like we are united but just after he passed away everything went awry. It somehow feels as though we do not appreciate what he did for us. We are focused on unnecessary things we do  not even care about what is happening to the country. I mean with the junk status downgrade and the recession it shows as though the ruling party doesn’t care to take South Africa out of this crisis. I will not be doing anything for Mandela day because I find it unnecessary to just try acting all good for 67 minutes and from there not doing anything.”

“ I admire Mandela for spending the majority of his life fighting for freedom for this country. I am thankful that today I have freedom because of him. At the moment I have nothing planned for Mandela Day but I don’t wait for days like Mandela to come for me to do something.” DM