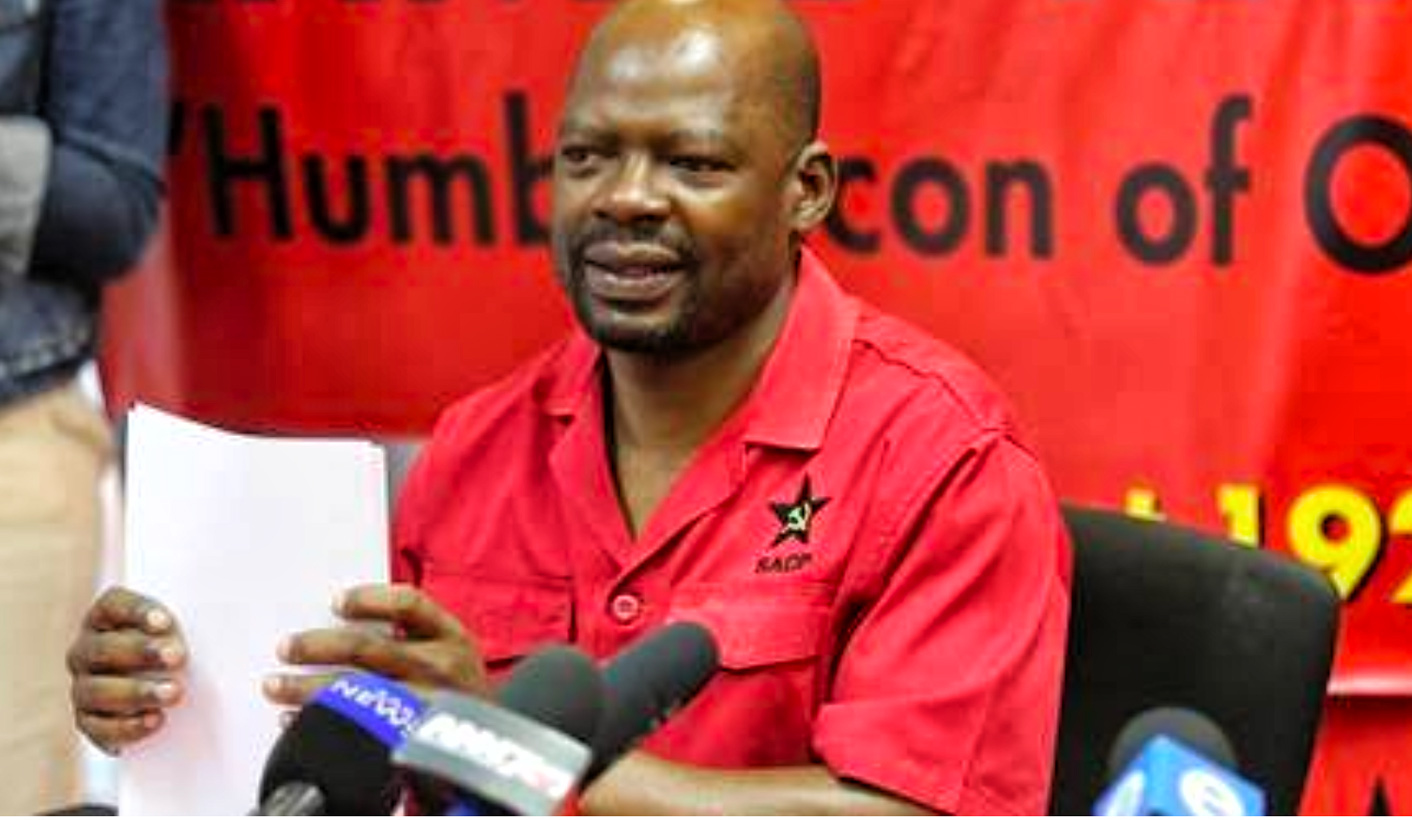 President Jacob Zuma has survived through controlling key state institutions, especially the intelligence services. That soon could be exposed. By GREG NICOLSON.

In March, the South African Communist Party’s (SACP) Solly Mapaila made a rare announcement. He exposed details of a recent meeting with ANC leaders, where President Jacob Zuma pushed to replace the finance minister at the time, Pravin Gordhan, and his deputy, Mcebisi Jonas. Zuma wanted to appoint Brian Molefe as finance minister, claiming Gordhan and Jonas planned to work with international banks to overthrow the state.

Mapaila compared the intelligence report the president presented in the meeting – evidence to support his plan – with the Special Browse ‘Mole’ Report used in Zuma’s battles with former President Thabo Mbeki. “I was shot and left dead for that report. Now it’s back on steroids,” said Mapaila.

The SACP has since taken action. The party has recently been one of Zuma’s strongest critics, with Mapaila, who was appointed deputy general secretary at the party’s conference last week, most vocal. On Sunday, he announced he’d submitted an affidavit to the Inspector-General of Intelligence to investigate the report Zuma presented at the meeting in March.

“I’ve noticed many lies being said by the president. That is why I can confirm now [in] public, for the first time, I have deposed an affidavit against the president with the Inspector-General of Intelligence, because he had gone to court to refute the fact that when he was removing Pravin Gordhan and deputy minister Mcebisi Jonas that he used the intelligence report – and he had briefed us [on] that. And I couldn’t understand… How could he tell us the truth and lie to the public?” Mapaila said on eNCA on Sunday.

“I had to take that step because I felt it was important that we must bring him to the commitment of our movement. Our movement has always been a truthful movement,” said Mapaila on his submission to the inspector-general.

In public, Zuma has denied that the intelligence report motivated his widespread Cabinet reshuffle in March. He’s claimed the move was about renewing governance. The report, which senior ANC leaders and even State Security Minister David Mahlobo have distanced themselves from and criticised, remains central in Zuma’s reasoning for firing Gordhan.

Daily Maverick has not yet seen Mapaila’s affidavit. SACP spokesperson Alex Mashilo said on Monday that the party had agreed with the inspector-general to allow the investigation to proceed smoothly and avoid parallel investigations. For that reason, he declined to release the submission from the SACP Central Committee or Mapaila’s affidavit. He again confirmed the SACP had submitted a complaint with an affidavit from Mapaila.

“Who commissioned it?” Mashilo asked on Monday. He said the SACP primarily wants to know who commissioned the report Zuma presented in March, how it was commissioned, whether it directly or indirectly involved state intelligence services, the veracity of the report, and, if claims of regime change were being taken seriously, whether any action was taken or plans were made to prevent it. Mashilo said the laws of the country must decide the consequences of the inspector-general’s report.

Zuma appointed Dr Setlhomamaru Isaac Dintwe as Inspector-General for Intelligence in March, two weeks before his Cabinet reshuffle. The post was vacant for two years, limiting oversight of the intelligence services. “I am competent for this office. I’m a cocktail, all in one,” Dintwe said during his interview, referring to his experience in policing academia and as a police officer. He’s also reported to have called himself “a snake that eats other snakes”.

Dintwe is new to the job and as yet there haven’t been aspersions cast on either his ability to fulfil his role or whether he has any political biases. He was appointed after opposition parties objected to a number of candidates proposed by the ANC and civil society groups successfully fought for the interviews for the job to be open to the public.

His office has confirmed it is investigating complaints from both the SACP and Democratic Alliance (DA). On Monday, DA shadow minister of finance David Maynier said Dintwe responded immediately to the party’s request to investigate the report that implicated Gordhan and he met the inspector-general in May to discuss the matter. The DA has not been updated since then.

After Gordhan and Jonas were recalled from their international trip in March, the DA asked Dintwe to investigate whether any element within the national intelligence structure was involved in producing or disseminating the intelligence report and, if they were involved, whether it violated the Constitution, law, or applicable policing regulations and policies. After the Cabinet reshuffle, the DA asked for the scope of the investigation to be revised to also find out whether the president used the report as a basis for the reshuffle.

The DA and the Economic Freedom Fighters (EFF) have both said they will ask Dintwe to investigate reports that a close associate of the Gupta family, Ashu Chawla, had access to personal and travel information of prominent citizens such as EFF leader Julius Malema, former finance minister Trevor Manuel, Absa CEO Maria Ramos and Investec CEO Stephen Koseff. The parties want the inspector-general to investigate whether the information came from state intelligence services.

Zuma has come under increasing pressure to explain his Cabinet reshuffle. The DA has already taken his decision to the courts and the president has been ordered to show why he made his decision and what information he used.

Mapaila’s decision to submit an affidavit on Zuma’s motivations for the reshuffle will be damaging for the president. Zuma, who is under attack on a number of fronts, risks being exposed by one of the ANC’s alliance partners. How the state security structures he’s used to stay in power have supported his leadership could be undermined and exposed. DM