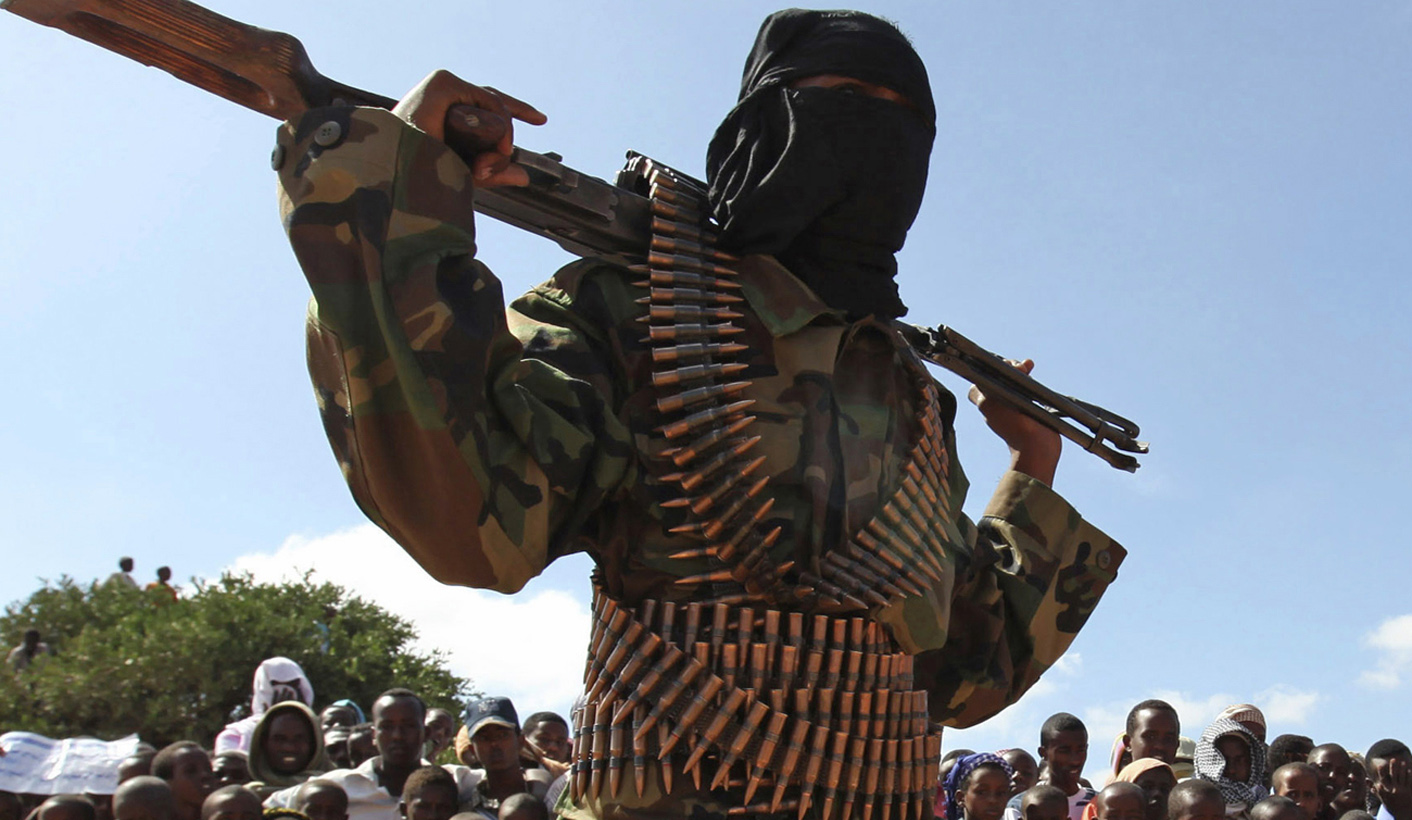 A guerilla attack on a Kenyan village has created a new face of terror in the volatile region, with the Somalia-based militia moving from their traditional Improvised Explosive Devices and masked gunmen in their previous attacks. By NJERI KIMANI.

In one of their most bizarre attacks on Kenyan soil the al-Shabaab militia group on Saturday morning beheaded nine people in Kenya’s north coast city of Lamu.

The al-Qaeda linked militia group hit on the village on Saturday morning, in a well-orchestrated attack, dragging 10 men from their houses after which they chopped off their heads. Only one managed to escape after playing dead for hours after he was left bleeding.

The guerilla attack has created a new face of terror in the volatile region, with the Somalia-based militia moving from their traditional Improvised Explosive Devices (IED) and masked gunmen in their previous attacks.

President Uhuru Kenyatta, who informed Kenyans of the incident on Saturday morning while announcing the death of the Internal Security Minister Joseph Nkaiserry, termed it as unfortunate.

“We are still assessing the incident and we assure Kenyans that the security in the country will be maintained,” he added.

Despite the dawn to dusk curfew imposed by the newly appointed Minister of Internal Security Fred Matiang’i, Kenyans have already started fleeing the area fearing the attacks could be a predecessor to more atrocities as the 8 August elections draw near.

They expressed concern that the militia could be planning severe attacks on other parts of the country, citing that with many residents unaccounted for there are fears that the numbers of the killed could be higher.

James ole Serian, the head of Operation Linda Boni, which operates where the area lies, confirmed the incident, saying that a team of security agents had been sent to pursue the militants. He however declined to give more information, saying they would brief the country later.

“We will give more details later as we are still pursuing the killers,” he added.

Jackson Kitsao, an eye witness, said about 16 men went from house to house dragging all the men out.

“One of the men managed to escape but the others were unfortunately killed. The whereabouts of some of the people remains unknown as they fled to avoid being killed,” he added.

Johnson Ndokalone, a resident, said they used knives to slaughter the men, one by one.

He called for improved security in the area, citing that more needs to be done to ensure their safety was upheld.

“The attacks become worse with each rising sun,” he added.

In the last two months, about 40 people have been killed in IED attacks on the Kenyan coast, raising fears about the country’s preparedness to combat terrorism.

The isolated attacks have seen the militia plant IEDs on roads and thickets frequently traversed by security agencies, leading to massive deaths in the area.

In the latest attack three days ago, two police officers were killed in Pandaguo area in an early morning attack after a seven-hour gang battle with the Kenya Defence Force.

On 31 May, seven Kenyan police attached to the Mangai Rapid Border Patrol Unit were killed after their Armored Personnel carrier (APC) hit an IED in the Kiunga area of Lamu. Kenyan army personnel who attempted to rescue the injured were repulsed by heavy shooting from the militia group, forcing them to flee to safety.

“They opened fire on the police officers who had rushed to the scene to help the hurt troops, making it impossible to save their lives,” said Head of Operations Noah Mwivanda.

Mandera governor Ali Roba narrowly escaped death when an armoured vehicle in his convoy hit an IED on 24 May. Four of his bodyguards and a civilian died in the incident after they took a detour to refuel and hit the IED. Soldiers who attempted to help them were repulsed by gunshots from suspected al-Shabaab men, forcing them to flee for their lives.

On 25 May, two police officers lost their lives after their car rammed into an explosive in Liboi area in Garrisa. Four policemen were seriously injured when the IED destroyed their vehicle along the Malelei Kulan Road in the 07:00 blast.

On 16 May, al-Shabaab killed an administration police in Northern Kenya and kidnapped two police reservists.

The men interrogated chief Dekow Abbey Sirat at around 22:00, then riddled his body with bullets.

Northern Coast Regional Coordinator Mohamud Saleh insisted that the militia was carrying out the attacks with the help of local sympathisers.

Kenya came under siege by the group after it launched “Operation Linda Inchi,” which saw it send 3,600 troops to Somalia to repulse the militia after a series of attacks on Kenyan soil under the African Union Mission to Somalia (AMISOM).

Al-Shabaab killed 200 soldiers in ElAdde in January 2016 and a year later slayed 57 soldiers in Kulbiyow. It also claimed responsibility for the Westgate mall attack in which 67 people died. Kenya also lost 147 students in the Garissa University attack.

Political analyst Joseph Omondi called for proper manning of the Kenyan Somalia border, saying that it was important to monitor the movements into the country.

“Kenya needs to be extra vigilant in the emerging faces of terror. There is also urgent need to analyse any intelligence report that comes along their way. This is the only way to combat the militia who are coming up with different tactics to kill our soldiers,” he added.

“Lamu has been experiencing a series of attack but we are working towards a clear path to ensure the safety of everyone living there,” said Boinett. DM

Photo: A member of Somalia’s al-Shabaab militant group stands in front of a crowd during a public demonstration to announce their integration with al-Qaeda in Elasha, south of the capital Mogadishu February 13, 2012. REUTERS/Feisal Omar