Op-Ed: ‘Bad Buildings’ – the law is not the problem 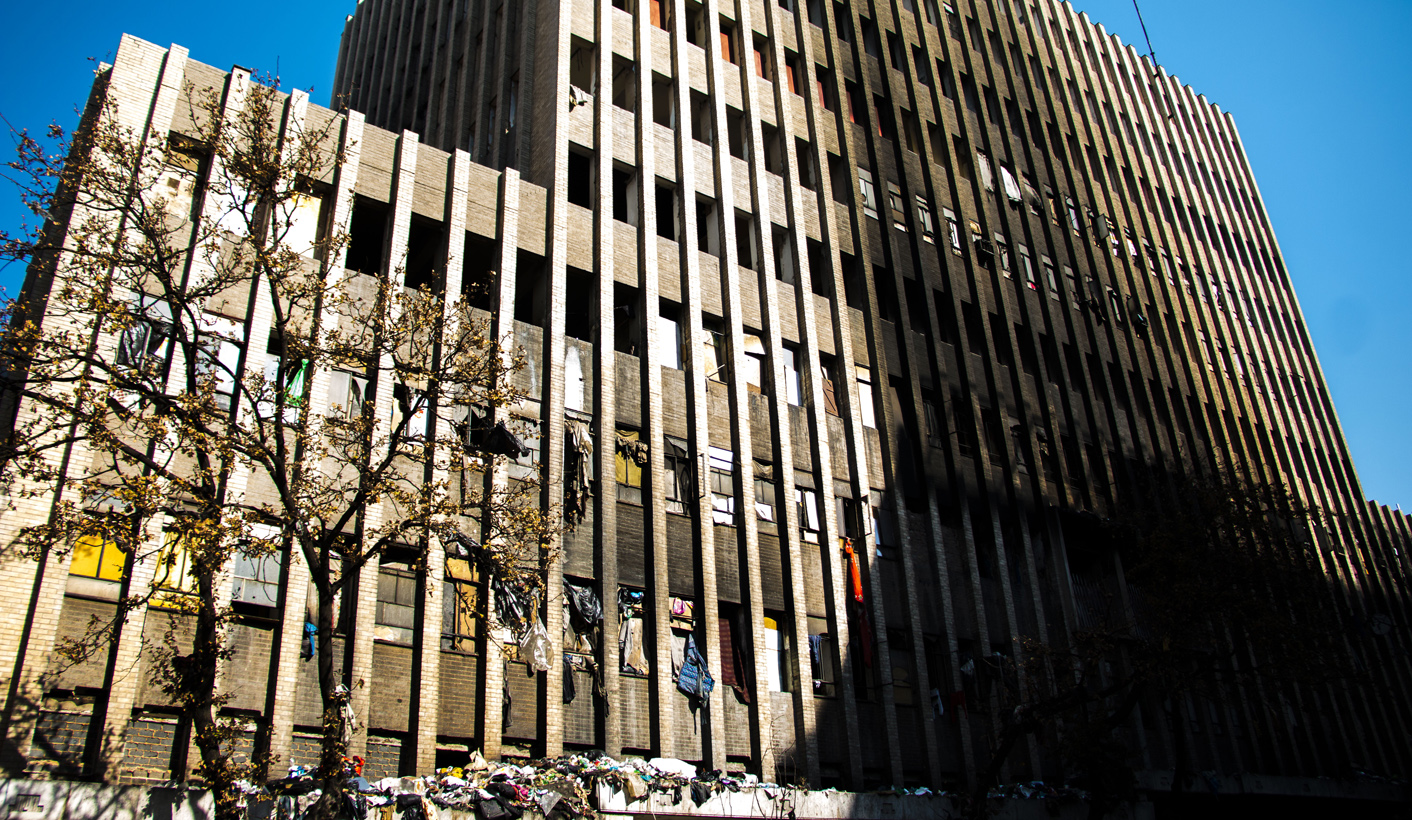 On Wednesday seven people died and a further seven were injured in a fire in the notorious Cape York building in Johannesburg, home to many desperately poor households. Tragically, it is not the first fire in this building. Neither are fires uncommon in the derelict blocks of flats that people have occupied out of sheer necessity. By LAUREN ROYSTON, LWAZI MTSHIYO and NOMZAMO ZONDO.

A number of factors conspire to create life-threatening slums in Johannesburg: capital flight, collapsed formal property arrangements as buildings have been abandoned by their owners, poor urban management, and an absence of formal accommodation that the majority of inner city residents can afford. The law is not one of them, as Mayor Herman Mashaba would have it. The City of Johannesburg’s inaction is however central. This inaction has a long history; it did not begin with his period in office, but all indications are that Mayor Mashaba may continue that legacy.

The law is clear: if an eviction would result in homelessness, then it is the City’s obligation to provide alternative accommodation.

Cape York was originally an office building and contained retail shops on the ground floor. Some of the occupiers worked in the building but many started living there too from 1997. Over the years other people occupied the building too because they could not afford to pay the high rentals demanded by the inner city rental market. Many of these occupiers had been victims of unlawful evictions from other buildings within the inner city. They have lived there for years without any basic services because they have nowhere else to go.

In 2013 the City was ordered to clean up Cape York to ensure that it did not pose a threat to neighbouring buildings. Instead it unlawfully evicted people from five floors by removing all the windows and destroying internal partitions while people were living there. The occupiers approached SERI at the time to halt the unlawful evictions. At the time, the City, through the Johannesburg Property Company, advised in writing that it was in negotiations with the owner of the building with a view to “purchase the building or expropriate it” for the purpose of refurbishing it in order to “improve the living conditions of all”. At the time, the building was owned by Banco de Moçambique (Bank of Mozambique). It has subsequently been sold. In four years nothing has happened to improve conditions in the building or provide safe, alternative accommodation. Now a fire has claimed the lives of several residents and injured others.

Mashaba correctly fears that this fire is not an isolated case. He wants to condemn occupied buildings and “get people out”. He thinks the law is stopping him. On the contrary. The law obligates the City he runs to find solutions for the desperately poor people who live in the region he wants to revitalise. But he cannot “get people out” unless he also provides them with somewhere else to go.

The right to housing in Section 26 of our Constitution, and the case law that has developed around it, requires that a cornerstone of his revitalisation strategy must be the provision of alternative accommodation in the immediate term. The development of affordable rental accommodation must go hand in hand with an alternative accommodation programme in order to break the cycle of informal occupation. The right to housing means that the City must also meaningfully engage with people living in the buildings the Mayor wants to condemn.

The Mayor of Johannesburg inherited a city with a legacy of housing rights litigation at a point when the municipality had finally begun to acknowledge its obligations. It took years for the City of Johannesburg to recognise that a proactive approach was required, rather than reacting on a case by case basis to court orders. The Inner City Housing Implementation Plan should be integral to Mashaba’s revitalisation strategy. Implementation must prioritise the provision of alternative accommodation.

If Mayor Mashaba is serious about wanting people in the inner city to live in humane and healthy conditions, he needs to ensure the provision of basic services to all inner city buildings; expropriate “bad buildings” that are not maintained by the owners and upgrade them; roll out a public rental accommodation programme, especially to those who can only afford to pay R800 per month, and regulate building owners to ensure that they provide reasonable living conditions, safety standards and basic services. Only then will these fires and the fatalities that come with them be rare rather than tragically inevitable.

Eviction is not, as Mayor Mashaba suggests, the solution. The City of Johannesburg should have discharged its constitutional mandate to provide the residents of Cape York with somewhere safer to stay. Indeed, it could have done so years ago. It must now do so, as a matter of urgency, for Cape York and the thousands of other people living in unsafe buildings in Johannesburg, before more lives are lost. DM

The authors are, respectively, senior associate, candidate attorney and director of litigation at the Socio-Economic Rights Institute (SERI).

Photo: Cape York after the fire. (Photo by Edward Molopi)