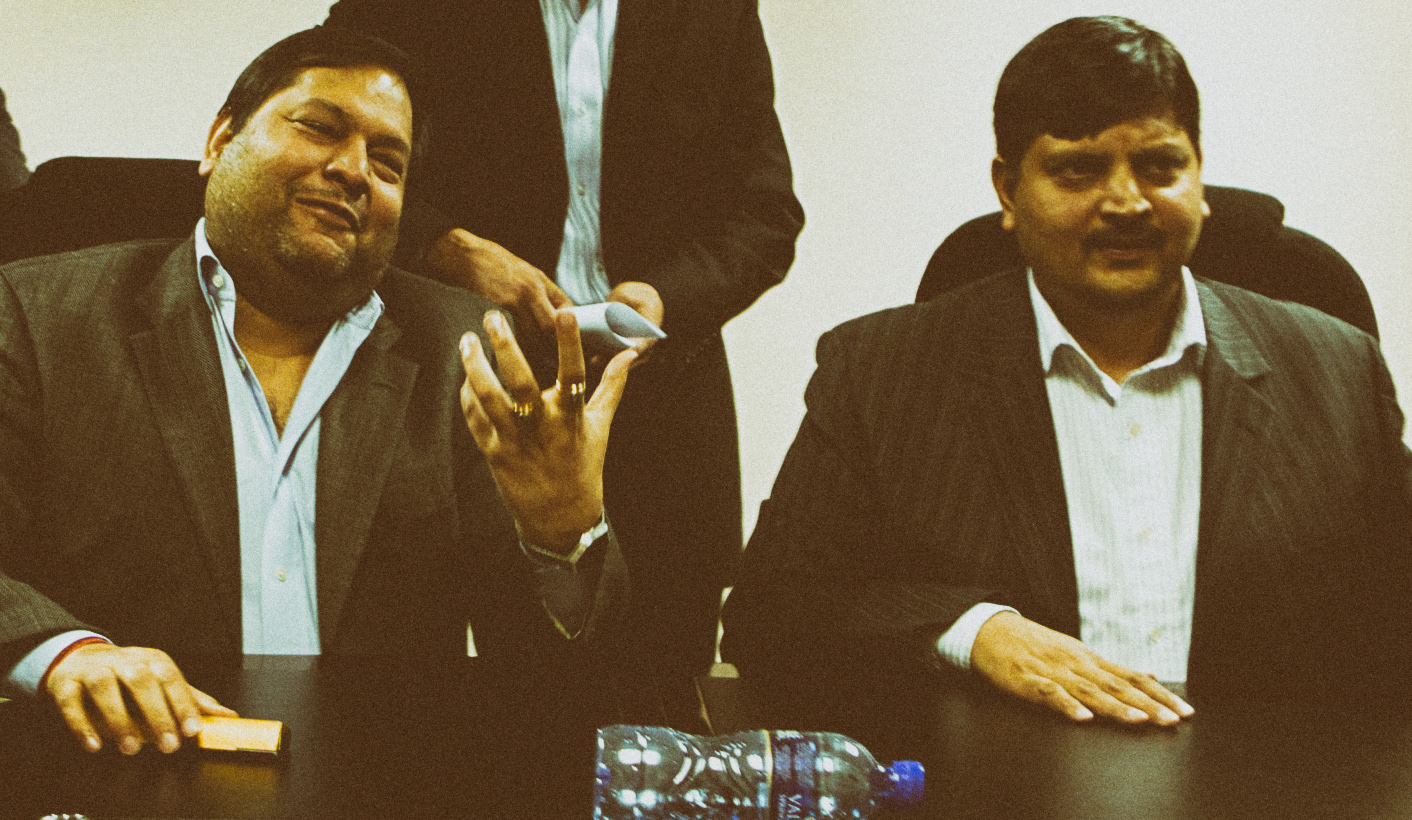 We hear Dubai can be a bit fired up this time of year, so we thought you’d appreciate the opportunity to chill with us in the Mother City. It’d be amazing to host the three of you at a Gathering we’re putting on in Cape Town’s CTICC on 3 August. It’s not quite the Sun City “event of the Millennium” wedding scale, but still, it’s in your honour. Kind of.

The event will be a top-notch affair looking at the burning issues facing the South African media, captured or otherwise. We’ll be tackling things like fake news factories à la Daily Maverick, amaBhungane and EWN (as reported by ANN7), attempts at government regulation of the totally free and squeaky clean The New Age , why business is too shy to support political news shops and why an independent media is so important to your fledgling ATM, er democracy like South Africa.

As for the speakers, you’ll be glad to know your #1 fans, former Minister Pravin Gordhan and his deputy Mcebisi Jonas will be sharing how media coverage affected their time in the Treasury hot seats. Imagine the fireside chat you guys could have! If that isn’t 600-million reasons to attend, then how about some with the editors working on this #GuptaLeaks fake news project – you may have heard about it? The perfect stage for a right of a fake reply to the fake news (as reported by ANN7)

We believe Dr Iqbal Surve is an acquaintance, he’s coming too. As media moguls and successful entrepreneurs, you guys would have so much to catch up on at the buffet table. Mbuyiseni Ndlozi would probably have a sweet private message from the if he knew you guys were attending. No seriously, it’s an amazing line-up of speakers, just check out the list here.

As media owners, you’ll know how difficult things are these days. SABC breakfast sponsorships and state-owned enterprise advertising just what it used to be. Well, for some of us, at least. Google and Facebook are swallowing up all legitimate ad spend. So, we’ll be tackling the challenges facing media business models and how we need business to step up and support operations like ours that are just so important to our , er, Kleptocracy, er, democracy (as reported by ANN7). Covering hard news and politics and then having businesses shun us for being too political is ‘80s. We totally need to fix that – having you guys there with experience would definitely help the cause.

Waterkloof was a little tricky for us to arrange, being average citizens and all, but if you can stomach slumming it with run-of-the-mill Cape Town international airport, we’ve arranged some pretty good travel packages for attendees. And if you insist on the military treatment, Richard Poplak does a great hipster/Che Guevara impression, complete with beret and camo pants. He’s agreed to meet and greet you with your name board upon arrival.

We’ve lined up so many great and varied speaking opportunities, you guys would fit in easier than a tax-deductible wedding expense in a KPMG audit (as reported by ANN7).

Regards,
Your dear friends at Daily Maverick and EWN

PS. If you’re still using it, kindly RSVP via email, or, for our convenience, simply save it in your drafts folder. DM