Chamber of Mines: Mining Charter is ‘illegal’, ‘unconstitutional’ and ‘stupefying’ 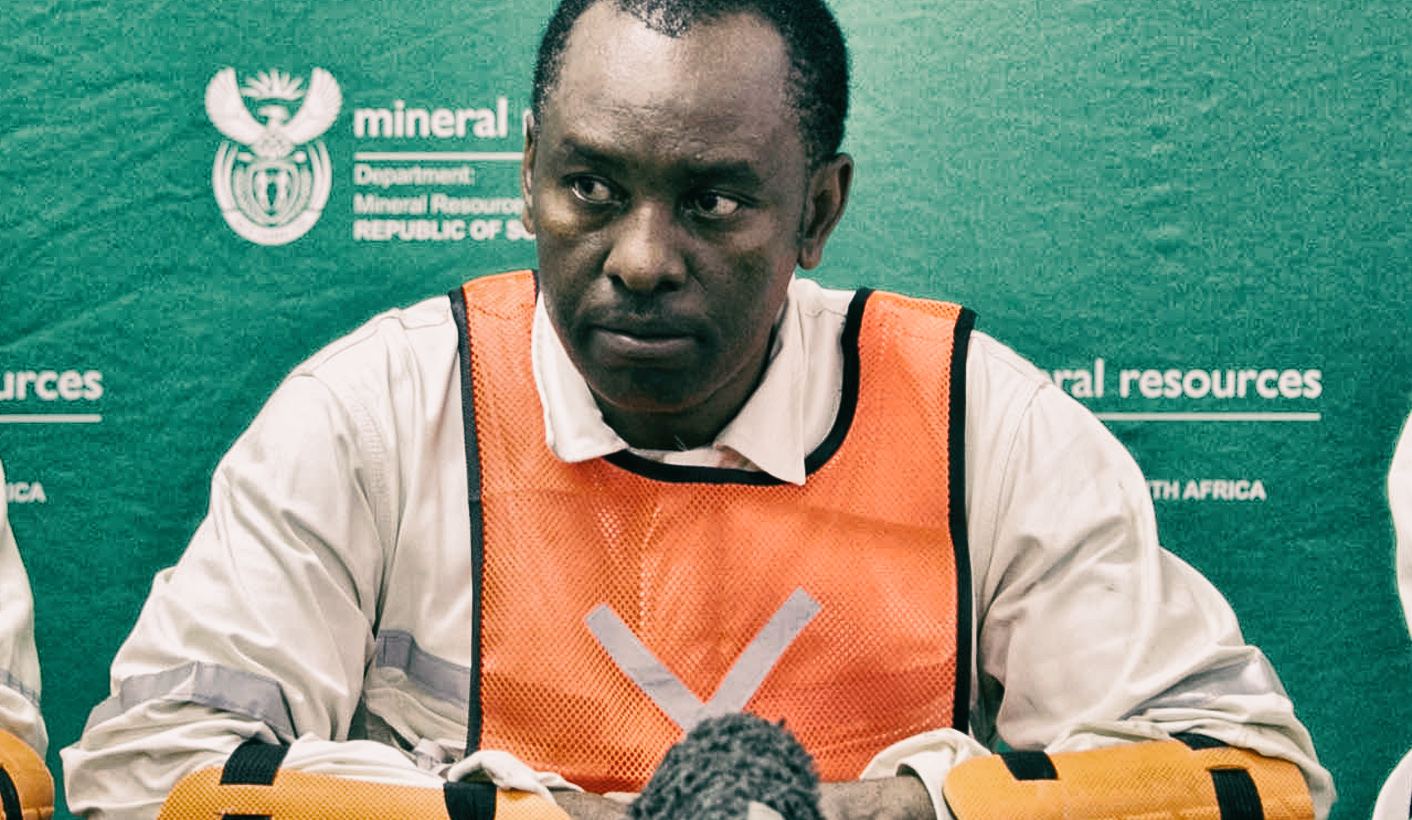 The new Mining Charter was destined to end up in court. On Monday, the Chamber of Mines filed papers that tore into the controversial plan. GREG NICOLSON looks at the founding affidavit seeking to interdict the plans.

There’s a rare line in the court papers. “The Chamber supports the values expressed here,” writes the Chamber of Mine’s senior executive of public affairs and transformation Tebello Chabana. He was talking about the Mining Charter’s provisions on housing and living conditions. It’s one of the only points of agreement and Chabana still found issue – “but this topic is already regulated by the Housing and Living Condition Standard developed by the Minister”.

In court papers filed on Monday seeking an urgent interdict on the implementation of the third revision of the Mining Charter, announced by Mineral Resources Minister Mosebenzi Zwane recently, the Chamber of Mines tears through the new provisions on transformation in the mining industry. The Chamber savaged the new charter, claiming it was illegal and could destroy South Africa’s mining industry while actually undermining transformation attempts.

The 274-page founding affidavit submitted to the North Gauteng High Court starts with Chabana’s affidavit. “The publication of the 2017 Charter had, and continues to have, a disastrous effect on the mining industry as a whole as well as investors and employees of that industry,” he said, noting how over R50 billion was wiped off mining stocks and rating agency Moody’s calling it a “credit negative”. “In short, the publication of the 2017 Charter has been an unmitigated disaster, both for the mining industry as a whole and for South Africa.”

The Chamber, which by value represents 90% of South African mining companies, did not attend Zwane’s 15 June launch of the Charter and claimed it was released without appropriate consultation. Zwane and his supporters claim the new provisions are a necessary instrument to transform the economy. The Chamber has asked the court for an urgent interdict pending a judicial overview of the document.

“In summary, the 2017 Charter represents a most egregious case of regulatory overreach,” says Chabana. “It amounts to law-making without going through the legislative process.” He claimed Zwane had introduced new provisions that go against the Mineral and Petroleum Resources Development Act (MPRDA) and, in the case of a 1% tax imposed on foreign-owned companies, attempts to usurp the Treasury and Parliament’s powers.

Chabana said “every commentator – be it economists, ratings agencies, share analysts or mining lawyers – has concluded that the implementation of the 2017 Charter will be massively detrimental to the mining industry”.

The Mining Charter says companies must be 30% black owned, up from the previous target of 26%. Chabana says the Chamber supports transformation but the new provisions are confusing and contradictory to core provisions of the MPRDA’s transformation goals.

On ownership, he says that Zwane has no legal right to impose new regulations on existing mining right holders and threaten their licences. The Department of Mineral Resources (DMR) and Chamber have long disputed issues of “once empowered, always empowered” rules. The Chamber believes companies that have previously reached empowerment targets shouldn’t be repeatedly required to “top-up” black ownership if their BEE partners sell their shares. The DMR is adamant companies should continually be required to reach black ownership targets, regardless of what previous deals may have been done.

In another court case, the Chamber is seeking a declaratory order on the matter, but Chabana also touches on it in his affidavit. He claimed the MPRDA doesn’t include anything requiring companies to “top up” and the new regulation will risk investment and jobs. “It confuses quotas with empowerment objectives. It also fails to have any regard to the economic consequences thereof. It is submitted that it is simply not sustainable for any business.” He said black shareholders needed to be able to cash-out on their investments for transformation to be successful and the continued top-up requirement would dilute shares and arbitrarily deprive non-black shareholders of their rights. It is “unconstitutional, otherwise unlawful and liable to be set aside”, he said.

The Chamber took issue with the one-year requirement to reach the 30% targets. It also criticised the requirement to fundamentally transform company boards. There was no transition period included in the Charter and it would take time to train black leaders.

The Chamber also attacks more specific aspects of the Charter. The revised document changes the aim of empowering “historically disadvantaged South Africans” to “black persons”, which includes naturalised citizens. The most famous naturalised citizens come from the Gupta family. Zwane has been implicated in trying to financially benefit the Guptas. “In other words, for reasons best known to himself, the minister, through the publication of the 2017 Charter, now seeks to benefit a category of persons who were never disadvantaged by unfair discrimination before the Constitution took effect.”

Then there’s the issue of transport. The Charter makes provisions for black owners to transport their share of the mine’s minerals. Chabana says “the notion that a black person shareholder must trade, market and transport his/her/its proportionate share of the production of the company in which the shares are held is stupefying.” He claimed it discriminates against other shareholders, violates the Companies Act, and the role of shareholders versus management.

Repeatedly, the Chamber attacked the poorly drafted document, which fails to clarify its goals. “It is simply impossible to understand what is meant by the phrase ‘Black Owned Companies with a minimum of 50%+1 vote female Black Person owned and controlled and/or 50%+1 vote Youth owned and controlled,’” said Chabana. Yet 5% of procurement is meant to go to the category.

In a statement Mineral Resources Minister Mosebenzi Zwane(MP) said he noted the actions taken by the Chamber of Mines.

“It is our view that those who support this Mining Charter support our quest for transformation, and those who are in opposition to the Charter are in fact opposing the transformation objectives of Government, and we stand ready to defend the interests of South Africans in this regard,” Zwane said. “As with any legislation that is developed, it is virtually impossible to please all parties. It is unfortunate that the Chamber of Mines has chosen to take this route, but their decision is respected… We have confidence in the courts’ ability to act with diligence on this matter,” he concluded.

The new Charter has its supporters, particularly from President Jacob Zuma’s allies, but also a number of civil society groups have welcomed aspects that could promote transformation and improve conditions for communities and workers. Last week, Zuma said the Charter would lead to the necessary transformation in ownership and would not adversely impact the industry. The ANC Women’s League said it would rally to defend the Charter.

In its current form, however, the Mining Charter has a singular destiny. It’s going to be tied up in the courts, where the government has struggled when challenged recently. DM