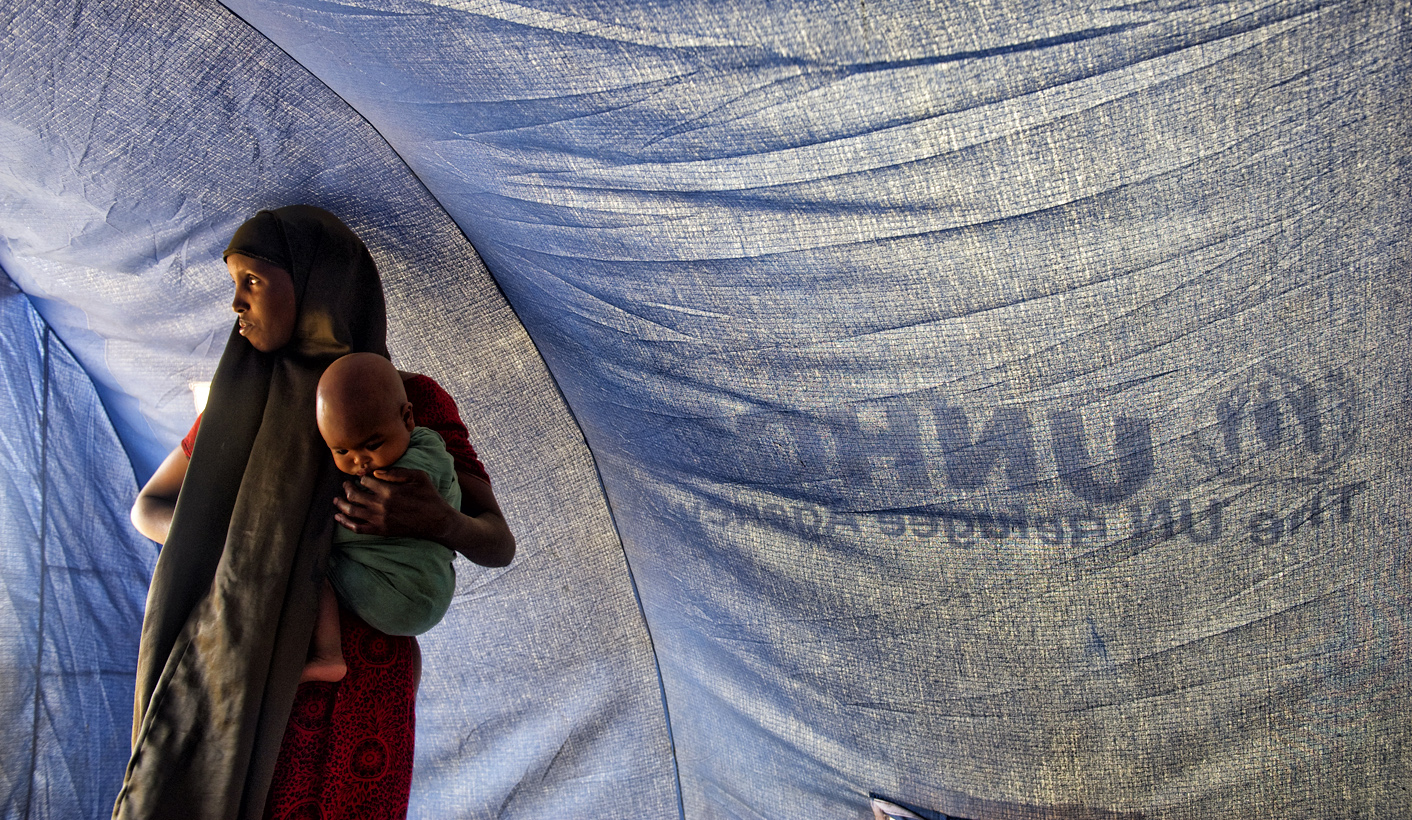 Protecting refugees is a common human responsibility, and yet developing countries shoulder the burden. By Tsion Tadesse Abebe, ISS TODAY.

More than 65.6-million people around the world were forcibly displaced by the end of 2016 – the highest level ever recorded. Of these, 84% were hosted in developing countries. This contrasts with the media’s focus on the burden of this crisis on developed countries, especially in Europe.

Divisive political rhetoric on migration issues has prompted many rich countries to try to close their borders on people fleeing danger and in need of international protection.

Hungary’s new migration law passed in March this year requires all migrants coming to the country to be held in two camps in Serbia while their cases are decided. The camps are built from shipping containers and surrounded by barbed-wire fencing. Up to 7,000 migrants are currently stuck in Serbia, waiting to hear their fate.

Meanwhile Rome’s mayor, Virginia Raggi, has written a letter requesting the government of Italy to stop sending refugees to Rome. Last month it was reported that Italy planned to build detention centres to facilitate the deportation of migrants.

Similarly, Donald Trump’s US administration proposes to cut immigration and refugee assistance by 11% and refugee and entrant assistance by 39% by 2018. The US president’s proposed travel ban targeting six majority Muslim countries could cut expected refugees to the US to 50,000 for the 2017 fiscal year. This is from the 110,000 ceiling put in place by former president Barack Obama’s administration.

Developing countries, by contrast, continue to show the most generosity towards refugees. Ethiopia, for example – one of the poorest countries in the world – already hosts one of the highest number of refugees globally, and maintains its open-door policy.

In May this year, the United Nations High Commissioner for Refugees (UNHCR) reported that Ethiopia hosted 838,722 refugees from neighbouring Eritrea, Somalia, Sudan and South Sudan. Almost half – 45% – originate from South Sudan due to ongoing internal conflict and violence in that country.

This comes as Ethiopia itself struggles to provide for its population. Despite the huge economic progress the country has made over the past decade, it is still one of the poorest globally, ranking 174th in the 2016 Human Development Index. The World Food Programme reported in May that 7.8-million Ethiopians need emergency food aid.

Based on Ethiopia’s Central Statistical Agency’s 2013 report, the urban unemployment rate is 16.5%. Limited job options drive hundreds of thousands of young Ethiopians to migrate within and outside of Africa, including an estimated 750,000 irregular migrants in Saudi Arabia.

Since the Ethiopian government’s temporary ban on labour migration in 2013, many Ethiopians have resorted to irregular migration channels. They follow three major routes: the southern route (via Kenya en route to South Africa), eastern route (via Somaliland headed towards Saudi Arabia), and northern route (Sudan to Europe).

The government introduced the ban in response to repeated reports of abuses including loss of lives of Ethiopian migrants in the Arab world.

Nonetheless, these struggles have not changed Ethiopia’s generous policies towards refugees. The UNHCR indicates that the country continues to receive on average 10,821 refugees a month so far in 2017.

Ethiopia’s commitment to protect refugees was further strengthened by its pledges made at the September 2016 Leaders’ Summit on Refugees. These focus on facilitating job and education opportunities and expanding social services. The list includes expanding the Out of Camp Policy, which currently applies only to Eritrean refugees. These aspects are expected to be reflected in the revised refugee proclamation.

The pledges signal an openness not only to ease the current restrictions on refugees’ access to employment, but also to offering local integration. They also address the challenges refugees face in Ethiopia.

Currently all registered refugees in the country are required to stay in refugee camps, except those with medical or protection concerns that can’t be resolved at camp level. These refugees are allowed to reside in Addis Ababa, under the urban assistance programme.

Although the government issues pass permits to refugees who wish to travel out of the camps temporarily, the policy restricts the rights of refugees to move from place to place, which is a fundamental human right.

The government’s move to facilitate job opportunities for refugees and to expand the out-of-camp policy is expected not only to relax the movement restrictions but also recognise the right of refugees to work in the formal sector. The inability to engage in wage-earning employment has led to refugees depending on humanitarian aid to sustain themselves.

Ethiopia is revising its refugee legislation to enable refugees to enjoy more rights, including the right to work and attend schools in the country.

In 2016, nine out of 10 refugee host countries were in the developing world, and most of the world’s refugees were found in developing countries.

The protection of refugees is a common human responsibility. This means all countries need to work together in a spirit of internationalism and burden-sharing. And in particular, developing countries such as Ethiopia – that stand with refugees despite struggling to meet their own populations’ basic needs – must be better supported.

On 20 June – World Refugee Day – we all need to stand together #WithRefugees. DM