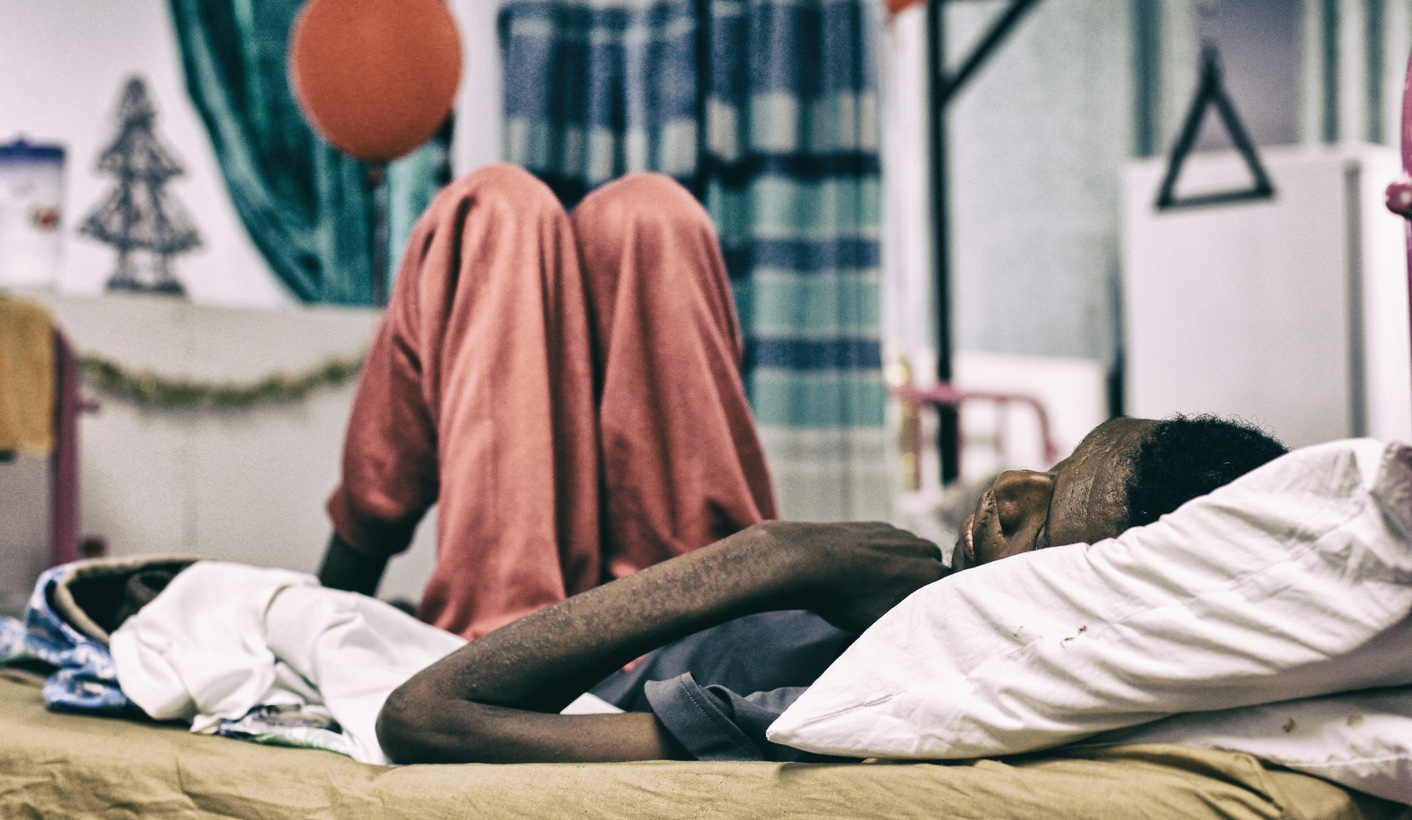 False prophets and pastors who have established churches across Mpumalanga have been encouraging their sick congregants to stop taking their medication and to trust that God will heal them. Their actions are expected to be exposed and discussed when the Cultural, Religious and Linguistics Commission presents its report on the commercialisation of religion to Parliament later this month. HEALTH-E NEWS’ Cynthia Maseko reports.

Patients who are HIV positive or who have chronic illnesses such as TB, diabetes or high blood pressure are stopping their treatment, and despite all the warnings and advice from healthcare workers about the importance of adhering to treatment, many are defaulting. All in the name of faith.

One Mpumalanga man, after being diagnosed HIV positive, was taken to church by his mother. He was extremely upset.

Thulani Sibiya, 23, says his mother refused to accept the news and chose instead to take him to church for prayers and holy water. He felt as though his family did not understand his illness and treated him as though he was cursed.

“By that time I knew I had to do something about my sickness myself, because I could no longer expect support from my family. I went to the clinic. My blood was taken and sputum for a TB test. My CD4 count results came back 117 and the TB test was negative. I was put on treatment immediately, but it hasn’t been easy,” Sibiya said.

According to nurse Phumzile Msizi, the fact that people gave up their medications showed that they were not ready to be put on the treatment in the first place – particularly those who have the HIV virus.

“If they were ready, they would not have trusted any promises of a cure. These fake ministers are encouraging patients to put their trust in prayers, church water and oils, not on their proper treatments,” Msizi said.

Gogo Lizzy Shabangu, from the City of Mbombela, is living with high blood pressure and has been on treatment for years. But she recently stopped her medication because her church pastor prayed for her. She believed the prayers worked because she feels much better and no longer has to worry about eating healthy food.

According to Samson Khoza, “Most of the fake prophets and pastors come from other African countries. If their prayers can really cure HIV, make the blind to see, help the paralysed to walk and heal other illnesses, why have they not done this in their countries? NGOs have worked so hard with our churches, encouraging them to accept people living HIV and other disease. These fake men of God with their fly-by-night ministries are using our desperation, weakness and Christian beliefs to drag us to our graves. It is the work of the devil himself.”

The Cultural, Religious and Linguistics Commission says the number of people who are abused and taken advantage of in the name of religion is a serious problem. An investigation prompted by a spate of media reports described how pastors had been instructing their congregants to eat grass, live snakes, drink petrol and numerous other bizarre activities. These are apart from the cases where religious leaders tell their members not to take prescribed medication for their chronic illnesses. The commission was anxious to investigate the matter.

CRL Commission spokesperson Mpiyakhe Mkholo says the report on the “commercialisation of religion and abuse of people’s belief systems” is due to be presented in Parliament later this month.

Mkholo says they understand the prominent role religion has in the lives of many ordinary South Africans.

“Religion has always been extremely important in the lives of different communities, as most understand religion as a pathway towards a higher spiritual being.”

Rebecca Mkhonto, who lived with HIV for 13 years, is one of the people who was discouraged by a church leader from continuing with her treatment.

“I was recently put on FDC (a fixed dose combination of three antiretroviral drugs in one tablet). When I disclosed my status to my prophets I was hoping to get support. But she told me that my disease was a family generation curse. Because she is a servant of God I couldn’t disagree with her so I stopped taking my ARVs until I started losing weight. Then I had no choice but to go back to my ARVs because I realised she gave me empty promises.”

Lay counsellor Doris Nkosi said people with chronic illnesses were often desperate for a cure and would believe anything if they were offered some kind of hope.

“Even though the people definitely know there is currently no cure for HIV, they believe it when someone tells them they don’t need their medication. This is where we know that some patients are not ready to be on ARVs because if they were ready no one could distract them or convince them to stop taking their treatment,” Nkosi said.

“Prophet” Christine Ajambo* said, “If you don’t trust us, that’s fine. But don’t call us fake or false prophets or pastors because we are not forcing anyone to join our ministries or to believe what we preach.”

Bheki Gwebu, sceptical about the church promises but defensive of those who believe them, said, “I really don’t blame people for putting their hope in fake prophets, because if we were not being discriminated against and stigmatised because of our HIV status or illness by our communities, this would not be happening.”

When Khosi Shabangu’s mother told her that she was no longer taking her high blood pressure treatment because of church prayers, she was surprised and worried because it wasn’t a trained nurse or doctor that had issued the instruction.

The CRL investigation has shown that a large portion of society is beginning to question whether religion has become a commercial institution to enrich a few. The time of desperate people placing their blind faith in untrustworthy people cannot end fast enough. It is time for those who prey on people seeking guidance to be held to account for the instructions they give. DM

* Not her real name.