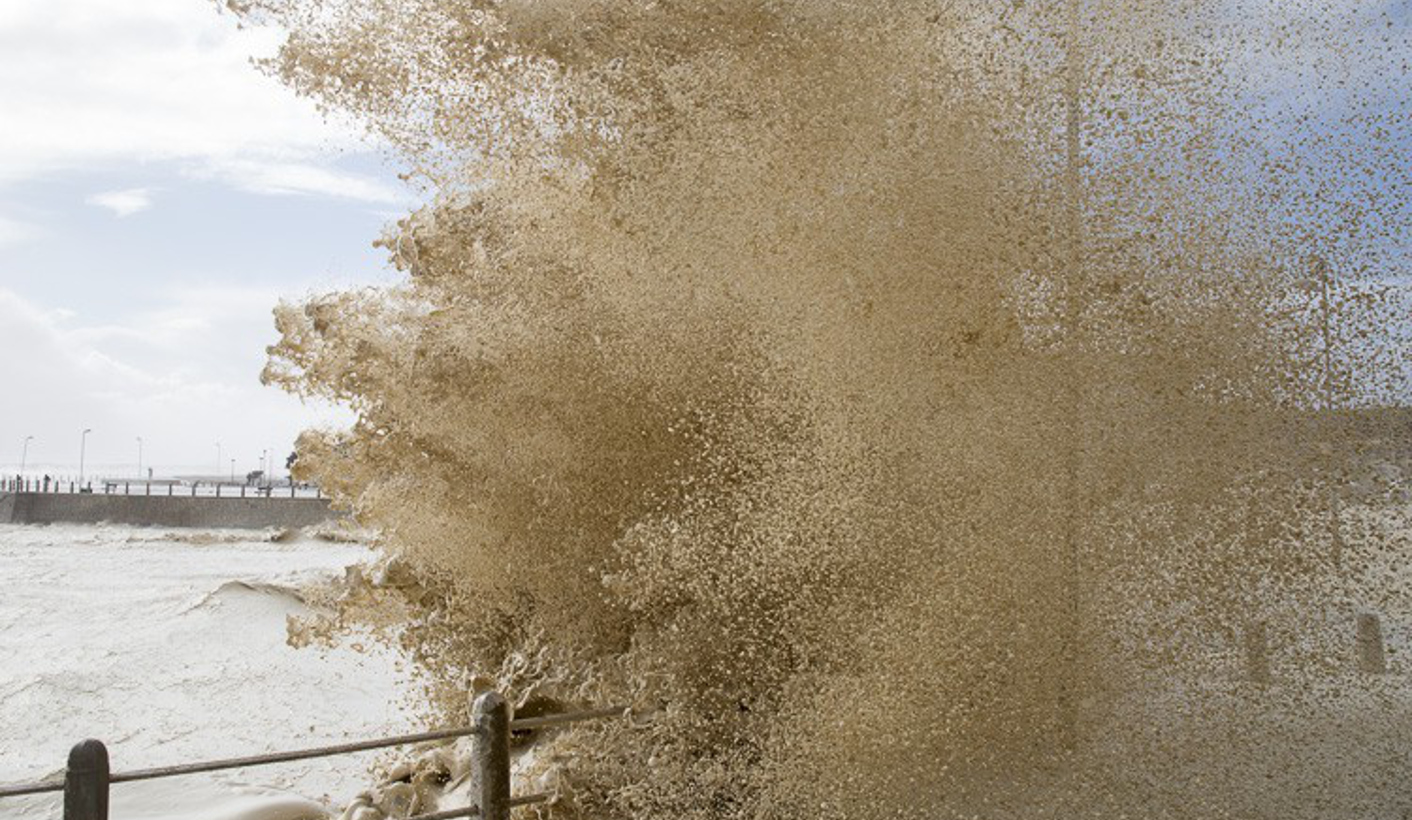 At least five are dead, while many have lost their homes. By GROUNDUP Staff and Mandla Mnyakama.

The City of Cape Town reports that there have been five deaths caused by  the storm that has struck the city in the past 24 hours (see Dozens of Hout Bay homes severely damaged in Cape storm). Ashraf Hendricks photographed the Sea Point and Camps Bay beach fronts, and Mandla Mnyakama photographed Gugulethu’s Europa informal settlement. DM

A boy runs away from an approaching wave. Photo: Ashraf Hendricks

A man collected his long board that was locked up in storage at Three Anchor Bay. The waves broke the storage facility open. Photo: Ashraf Hendricks

The waves inspired people to play on the promenade. Photo: Ashraf Hendricks

Waves crash on to people. Police eventually escorted people away as it became too dangerous. Photo: Ashraf Hendricks

The storm broke a wall of this building. The building flooded too. Photo: Ashraf Hendricks

While the Atlantic coast beach fronts were spectacular, as far as we are aware no one in Sea Point or Camps Bay was injured or lost their homes because of the storm. The situation was less spectacular but far worse on on the Cape Flats.

A woman deftly navigates her way across a flooded pathway. Photo: Mandla Mnyakama