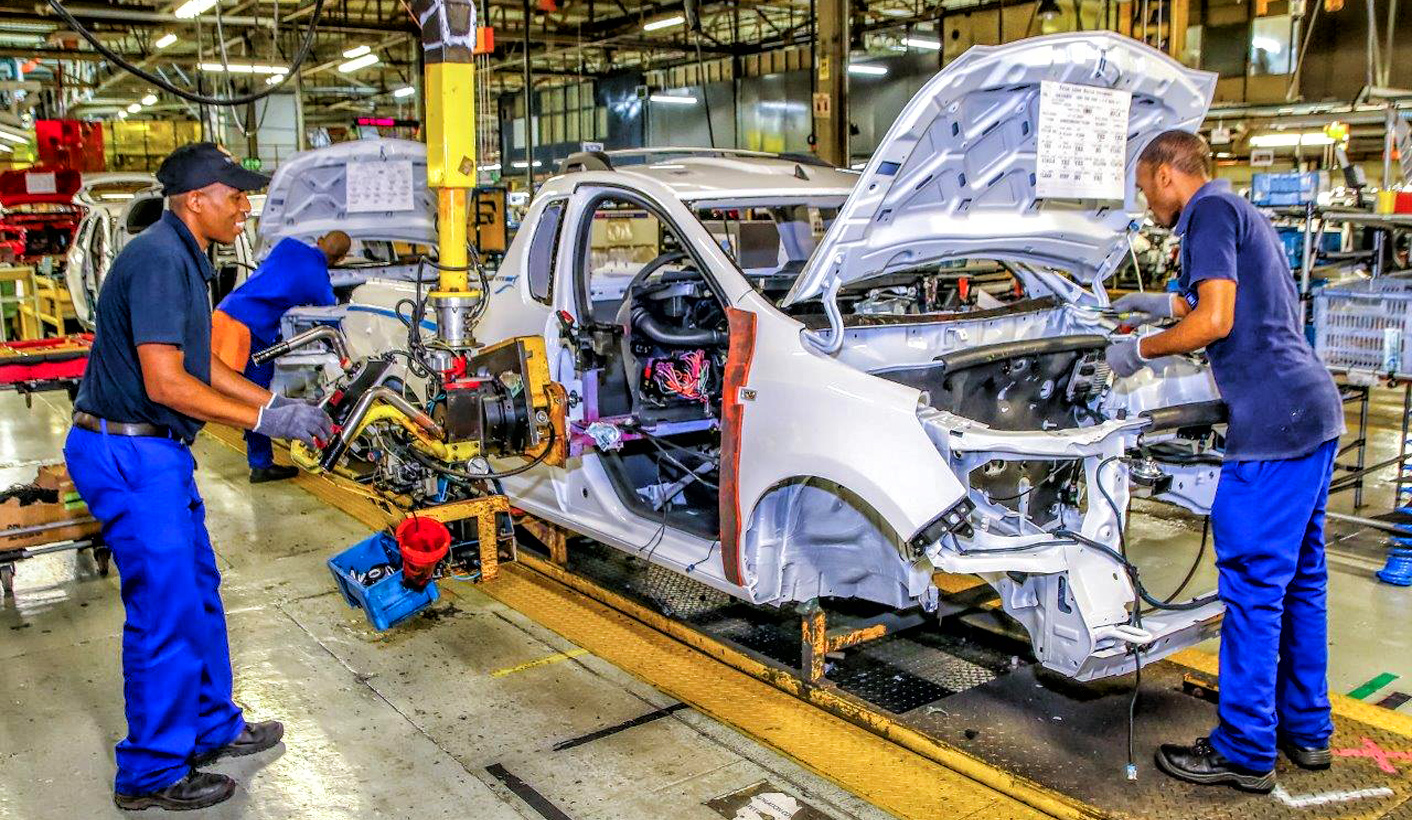 General Motors’ decision to leave South Africa comes at a time when what the country badly needs are more jobs, not less. In ‘Making Africa Work’ we argue that it does not have to be this way; that African countries could choose another path, one that is focused on growth and job creation. By GREG MILLS and DICKIE DAVIS.

“We have determined that continued or increased investment in manufacturing in South Africa would not provide GM the expected returns of other global investment opportunities,” said Stefan Jacoby, President of GM International, in announcing the end of General Motors’ manufacturing in South Africa. The closure will result in a loss of nearly 600 of 1,500 current jobs at the GM factory in Port Elizabeth, on the back of past retrenchments. The true number will be much higher for; as the National Union of Metal Workers noted, its impact will be felt across the supply chain.

This news came at a moment when SA’s official unemployment rate reached 27.7%, a peak last seen in 2004, and another nearly 10% higher if those who have stopped looking for work are included.

The GM story is a sad headline when what South Africa badly needs are more jobs not less. In ‘Making Africa Work’ we argue that it does not have to be this way; that African countries could choose another path, one that is focused on growth and job creation. We cite examples from both Latin American and Asia where this has been achieved. But we also argue that such a change of course needs to be made quickly before the challenges presented by rapid population growth overwhelm the continent. The IMF, for example, has estimated that sub-Saharan Africa, which is expected to double its population to two billion between now and 2050, needs to create at least 18-million high-productivity jobs per year until 2035 to keep ahead of demand. The Fund also notes that over this period policies are required to gradually transition jobs from the informal sector, which accounts for about 90% of the 400 million current jobs in low income sub-Saharan African countries, to the formal sector.

If lost annual growth is taken into account, more than a million manufacturing jobs have been lost in SA since 1994.

Some areas are worst affected than others. There has been, in the words of Gauteng Premier David Makhura, a “significant decline in South Africa’s industrial heartland” over the past quarter century. In the Border area, where there were once 40,000 manufacturing jobs, there are today, by the estimates of industry representatives, just 2,000.

The record shows how difficult the environment is for manufacturers, particularly in the small and medium-sized business sector, where the bulk of manufacturing jobs, the government hopes, will be created in the future.

Take the example of Newcastle.

At its peak, the Riverside and Madadeni industrial zones housed 65 textile and apparel factories. By 2015 the textile and clothing sector employed 6,500 workers, or one-third of the industrial workforce of the town, down from its peak of 35,000.

The ending of incentives, fluctuations in the value of the rand, competition from cheap imports from Bangladesh, India and China in particular, and the establishment of the African Growth and Opportunity Act, which gave preferences to low-income African clothing manufacturers into the US market, all undermined the competitiveness of SA-manufactured yarns and clothing. As a result, a number of the larger clothing manufacturers left in the mid-2000s. Then, in 2011, the National Bargaining Council attempted to shut down several Chinese-owned factories to enforce compliance with the council’s minimum wage.

The city’s economic situation is more complicated than the sum of the external shocks or the payment of a minimum wage. As the chair of Newcastle’s Chinese Chamber of Commerce and Industry, Alex Liu, explained, “While price is a big issue in garment manufacture, the problem with the Bargaining Council’s wage is about the way in which our business runs. While the council says you cannot reward productivity, but rather years of service, this takes away the power of the factory owner to manage our factories and to reward those who are more productive. You simply cannot pay everyone the same, as you will kill off the morale of the factory, and it would become unmanageable. It is not so much a question of affordability,” he adds, “as business logic.”

The municipality has attempted to replicate Asia’s business success by “looking after our investors” with “short turnaround times and preferences”, though the incentives it can offer are limited to land, rates and electricity tariffs, concede municipal officers. “What is a five-day process in Asia,” they say, “can be a year-long frustration in South Africa.” They also realise the need to create factory facilities close to where workers live, such as in Madadeni.

Current production techniques and working conditions, by the owners’ admission, reflect “a very basic industry”. Why, then, have they not ascended the value chain? “It’s about education, skills and a mindset change,” says one owner, who runs a jersey knitwear plant and preferred not to be identified. “Ninety percent of the children of the first generation of Taiwanese factory owners in South Africa are now working around the world. They are products of a good education. But it is also very difficult to start a business in South Africa. There is too much red tape, and government will not assist, but rather make life difficult for you.”

The critique of light manufacturing as a route to employment and development is one of a “sweatshop”, low wage environment, a “race to the bottom”.

While East Asia, including China, started by offering cheap goods through low wages and incentives, they quickly learnt that developing relationships with investors and buyers was equally important in the longer run. This explains why, as Asian (and especially Chinese) wages and costs have risen, customers remain loyal. But getting them there in the first instance, in many successful examples, from Costa Rica to Bangladesh, required governments which assiduously cultivated these relationships.

Policy matters, too, in making the move up the wage ladder.

Mexico, for example, launched a border industrialisation programme, better known as the Maquiladoras, in 1965, which transformed the country’s job market and export profile by exploiting the comparative advantage of abundant cheap labour through “quick and dirty assembly and export. But today Mexico has moved away from such low-wage Maquilas into higher-tech. It is now the world’s seventh-largest car producer. South Africa ranks 22nd, despite incentives and protection costing close to R30-billion annually to promote the sector. Mexico now exports $1-billion in goods per day, about 80% of which is manufacturing, supporting two million jobs. Twenty-five years ago it was exporting a tenth of this figure, much of which was oil. The reasons for its success include developing relationships with multinationals which populate the hundreds of industrial parks across the country, clustering businesses, and linking high-tech education, research and innovation with these clusters. All of this has been driven through trade rather than industrial policy, notably through NAFTA, and by getting the logistics to work efficiently; for example, 46,000 truck-trailers run exports between Monterrey, Mexico’s third-largest city, and the US border every day.

Success requires creating an environment where buyers (still predominantly Western buyers) believe that their competitiveness depends on obtaining goods from African producers. Some African governments are getting this right, notably Ethiopia, which has geared its policy, infrastructure and labour costs to become the African light manufacturing hub. Contrastingly, manufacturing will not succeed where companies are expected to pay a significant penalty to produce, for example in terms of labour, logistics or power costs.

During the research for our handbook, ‘Making Africa Work’, we met no one who said that Africa could not compete in the international economy. Instead, we found many entrepreneurs who were willing to devote their lives and their capital to exporting from Africa. No one said that the geographic challenges were too daunting. Even in landlocked Lesotho, there is active interest in developing industry. And no one said that the governments did not know what to do to promote manufacturing. They do, it’s just that they prefer not to have to make the tough political choices, or expend the political and bureaucratic sweat on so doing.

When faced with the same challenges, success stories including Vietnam and Mexico did not miss those opportunities. The result is that those countries are much richer today, their people live longer and their children are better educated. They show that with a government focus on creating the right policy and labour environment for business, light manufacturing offers considerable growth and employment rewards.

With responsive government and appropriate trade policy, the manufacturing sector does not have to be a race to the bottom of the wage pile. DM

Mills and Davis are with the Brenthurst Foundation and are co-authors of ‘Making Africa Work: A handbook for economic success’, with Olusegun Obasanjo and Jeffery Herbst, Tafelberg, 2017. This article is based on an excerpt from the book.