Explainer: Has Africa lost its claim to the earliest human ancestors? 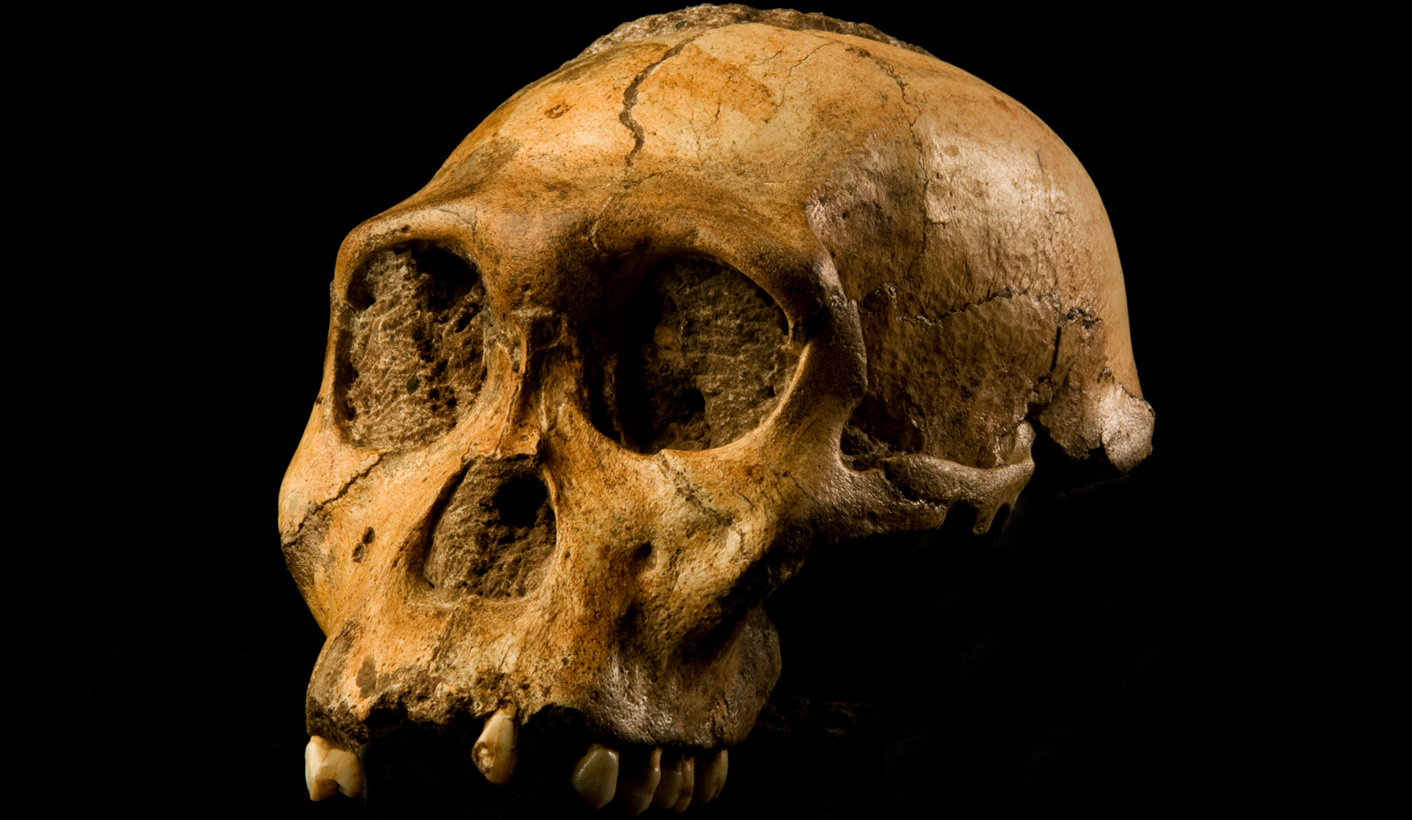 Earlier this week news broke of a study claiming that modern man may have originated in the Mediterranean, not Africa, and much earlier than previously assumed. Is it true? And if so, what’s the significance? MARELISE VAN DER MERWE took a look. The verdict so far: not so fast.

The debate over where exactly humans and chimpanzees left our last common ancestor behind reignited this week, following new research into fossils found in the Mediterranean.

But while the findings have spread like wildfire in mainstream and social media, the research has received a lukewarm response among paleoanthropologists. One described the research process as “[like presenting] the result of an equation without doing the math” while another wrote wryly: “Some anthropologists will be throwing their hands in the air proclaiming, ‘not again!’”

For approximately a century, it’s been assumed that the lineages of great apes and humans diverged around five to seven million years ago, with the earliest specimens hailing from Africa.

But new studies by an international research team led by Professor Madelaine Böhme (Senckenberg Centre for Human Evolution and Palaeoenvironment, University of Tübingen) and Professor Nikolai Spassov (Bulgarian Academy of Sciences) claim the lineages split several hundred thousand years earlier than previously assumed – and not in Africa, as has been accepted for nearly 100 years. The research, published earlier this week in two papers in the journal PLOS ONE, argues that the divergence originated in the Mediterranean.

According to the researchers, the fossils they studied predated Sahelanthropus, found in Chad and previously believed to be the earliest post-divergence human ancestor, by a fair margin. Sahelanthropus is dated at six to seven million years old, but the latest find, two specimens from the hominid Graecopithecus freybergi, dates back 7.2-million years. One of the fossils is a single tooth.

Graecopithecus freybergi was already familiar to scientists. But when the researchers examined the two known specimens – a lower jaw from Greece and an upper premolar from Bulgaria – the dating presented new information. Using computer tomography, they visualised the internal structures of the fossils, which demonstrated wide fusion of the roots of the premolars.

“While great apes typically have two or three separate and diverging roots, the roots of Graecopithecus converge and are partially fused – a feature characteristic of modern humans, early humans and several pre-humans including Ardipithecus and Australopithecus,” explained Böhme.

“We were surprised by our results, as pre-humans were previously known only from sub-Saharan Africa,” added Jochen Fuss, a doctoral student who worked on the study.

There’s an important distinction to make here. In an interview, one of the study authors, anthropologist Dr David Begun (University of Toronto) clarifies that he does not dispute that homo erectus originated in Africa, nor that homo sapiens did. But, Begun says, he and his colleagues wanted to know where our human ancestors developed a genetic identity that was separate from chimpanzees. His argument: It’s not scientifically sound to assume they must have been in Africa just because their descendants were there millions of years later. Further, his hypothesis goes, the diversity of ape species across Eurasia around seven million years ago – the time period in question – coincides with when humans and chimpanzees would have diverged. It’s possible, he argues, that the common ancestor could have been European and migrated to Africa. And if there isn’t enough evidence to prove it, there isn’t enough evidence to disprove it, either.

As can be expected, the claim has attracted both excitement and considerable criticism. Australian paleoanthropologist and archaeologist Darren Curnoe was quick off the mark, immediately pointing out that “we don’t have the answers just yet”.

“The point of focus here is on two main questions. Precisely when did the human branch begin? And how would we recognise the earliest members of our kind from fossil bones? These two questions are clearly interdependent and surprisingly difficult to answer,” he explained.

“The problem for us is that many of the features that distinguish living humans from chimpanzees today either don’t fossilise, or evolved way too recently to help with sorting out the early fossils. There are a few important exceptions though: our two-footed locomotion, accompanied by upright posture, and a range of peculiarities of the teeth like a small canine, fewer numbers of roots in our premolars and very thick molar enamel.” The latest research focuses on the teeth and jaws.

Curnoe points out that the research published in PLOS ONE is not the first of its kind to make similar claims: there have been other studies that claimed our earliest ancestors dated back to 14-million years ago and originated in India. “Some anthropologists will be throwing their hands in the air proclaiming ‘not again!’ And their minds will be turning to the ferocious debates we once had over similar claims made about two other fossil apes: Ramapithecus and Oreopithecus,” he argues. For this reason, he cautions, the study on Graecopithecus “falls well short” of proving that early humans lived beyond Africa.

“It is also supported by the very fact that chimpanzee and gorilla are both African animals and are also the closest relatives of humans. This is a solidly rooted paradigm. A study that has the pretention to attack this consensus would have to provide strong evidence and perfect methodology to support this claim, which, in my opinion, this newly published article does not provide.”

The material is also not well preserved, he adds: it consists mostly of a jaw with no complete teeth, and in Benoit’s opinion, morphological characteristics of the teeth are the most important in addressing primate classification. “Moreover, the morphology of the fourth premolar root is claimed to be similar to that of hominid, but this is actually not true for all hominins,” he adds. The latter is something the authors themselves acknowledge.

Benoit’s critique goes further. The researchers argue that the small size of the canine puts the fossil close to hominin ancestry because hominin are the only apes with small canines. But this is simply untrue, says Benoit, particularly in Europe, where apes have a very rich fossil record. Oreopithecus, from Italy, is characterised by its small canines, but is a hominoid (ape), not hominin. “It is an example of parallel evolution,” Benoit explains.

Benoit believes Graecopithecus’s jaw fossil may represent an ape species similar to Oreopithecus that evolved human-like species in parallel to our lineage, but proving this or any other hypothesis would require further study aimed at positioning Graecopithecus on the evolutionary tree of primates.

The point, argues Benoit, is that the research is simply too flimsy at this stage – or to use his exact words, lacking in evidence and sound analysis – to provide a credible challenge to decades of existing research. “The study is lacking a cladistics analysis, which is a statistical method used to reconstruct a reliable evolutionary tree,” he told Daily Maverick. “To say that a fossil species is an early hominin without performing this kind of analysis is like giving the result of an equation without doing the math. [The research claims are] very unlikely to be true.”

And if they are true? What then? What, indeed, agrees Benoit.

“The European origin of humankind is an old theory that was abandoned in 1924 when the first Australopithecus was discovered in South Africa,” he explains. “Since then, thousands of fossils have been found on African soil which strongly supports this hypothesis. So even if this new fossil were actually a hominin, it would be an outlier, like a drop in the ocean. This would change few things, because a lot more and better preserved material would be necessary to disprove the African origin of Man. This would open a brand new area of research, but would not change textbooks.” DM

Photo: The cranium of Malapa hominid 1 (MH1) from South Africa, named ‘Karabo’. The combined fossil remains of this juvenile male is designated as the holotype for Australopithecus sediba. Photo by Brett Eloff. Courtesy Profberger and Wits University who release it under the terms below. – Own work