Explainer: What’s driving the deadly conflict in the DRC? 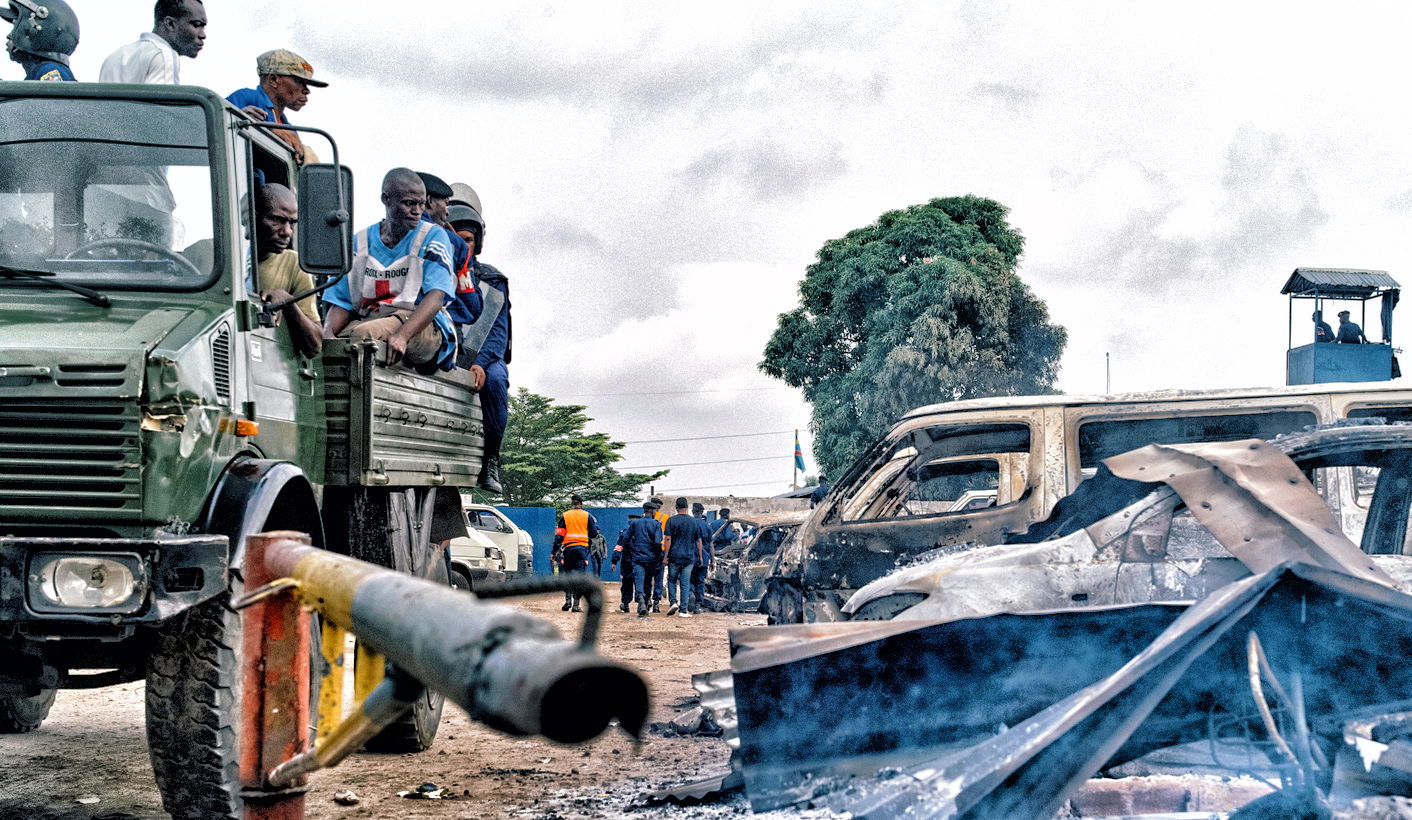 A conflict between the DRC’s armed forced and a militia calling itself Kamuina Nsapu has sent 20,000 refugees across the border into Angola. But who is Kamuina Nsapu? And what set off the fighting in this previously peaceful region? By KRISTEN VAN SCHIE.

Four months before a Congolese traditional leader and eight of his followers were killed in a gun battle with police – sparking a conflict that would kill hundreds – Jean-Pierre Mpandi was simply one of thousands of immigrants from across the continent living and working in South Africa.

Here, according to media reports, he was a doctor, husband and father-of-three.

But back in the Democratic Republic of the Congo, he was the Kamuina Nsapu, chief of a cluster of villages in the Kasai-Central province sharing a sliver of a border with neighbouring Angola.

It was a role Mpandi had never fully taken up.

Despite being named his uncle’s successor circa 2011, Mpandi had not been officially recognised by the government as the new chief.

Instead, he was seen as an opposition-leaning troublemaker.

Months later – with Mpandi long dead and the government negotiating with his family over demands for an exhumation and traditional burial – deputy prime minister and interior minister Emmanuel Ramazani Shadary would say the chief had made his “subversive strategies” evident in online posts years earlier.

“He slammed the negligence of the government since the country’s independence, and recommended a return to customary power,” Shadary told the national assembly in January.

“He called on young people to stand up and resist the army and the ‘occupying government’.”

Kasai-Central and its surrounding provinces are traditionally an opposition stronghold. It was in this part of the country that Etienne Tshisekedi – former prime minister and prominent opposition politician – was born. And loyalties have stayed strong.

“In the 2011 national elections, Tshisekedi and the UDPS (Union for Democracy and Social Progress) dominated in the region,” wrote Crisis Group, adding that “many locals are unhappy that no Kasaian has ever led the country”.

“Many are also frustrated that their representatives have not invested in Kasai’s economy… Kasai-Central, the origin of the insurgency, ranks very poorly in its human development indicators, including high levels of child mortality and malnourishment, as well as widespread illiteracy among women and girls. The province has diamonds and gold, but there is no industrial mining. Infrastructure and electricity supplies are inadequate.”

BBC reporter Catherine Byaruhanga summed it up succinctly in an interview with this reporter after a trip to the region: “There was a sense that nothing has changed since the Belgians were there.”

But for all its difficulties, this was not a region prone to armed conflict.

“This is a new conflict zone, in a part of the country that has not experienced armed violence before,” Institute for Security Studies’ Central Africa analyst Stephanie Wolters told Daily Maverick.

“Unlike elements of the chronic violence in the east, this is an entirely domestic phenomenon – fuelled to some extent by general discontent with a government that has lost much of its legitimacy and credibility as a result of its failure to hold elections.”

It was to this world that Mpandi returned from South Africa last year. That June, he called for an uprising against the “occupying government”.

“He wanted oppression, repression, internal betrayal and the lack of distributive justice to end,” reported the local Kasai Direct of the audio message since removed from YouTube.

The focus of his struggle was “the confiscation of Kasaian and Congolese wealth by a minority and foreigners”.

But the 50-minute call to arms was also “xenophobic” and “nationalist”, noted Crisis Group: “Like many radical critics of the regime, he focused on its supposed Rwandan origin.”

But the uprising was short-lived.

In August, Mpandi was shot and killed in a firefight with the armed forces.

Nine months later, the violence has spread from one province to five.

Some 20,000 Congolese have fled across the border into Angola, while another 23,700 are internally displaced within the DRC.

UN officials have uncovered nearly 40 mass grave sites across the region, and both the militia fighters and the DRC’s own armed forces face accusations of human rights abuses.

In central Kasai, more than 500 people have been killed since March.

What began as a local dispute over traditional leadership morphed after Mpandi’s death into a clarion call to disaffected and unemployed young men across the region.

Their reasons for fighting are varied and disconnected. Some have agreed to lay down their weapons even as others have taken them up: Rambo-headband-wearing young men and boys ranging from adulthood to their early teens, armed with knives and clubs and seemingly attacking any face of authority.

“They sought to behead all of the officials,” Bavon Kabankaya, a refugee in Angola, reportedly said. “Their goal was to execute anyone who, in their eyes, represented the government.”

Some also reported a tribal element to the conflict, witnessing people either spared or murdered based on their ethnicity.

Whatever sway Mpandi’s family may have had over the militiamen named after their chief has long since disappeared.

After the government agreed to return Mpandi’s body for a burial according to traditional rites, the family said it renounced all violence.

“They took the name of the chief but we don’t know if they took that name at random,” one family member told an RFI reporter.

The BBC’s Byaruhunga told Daily Maverick after a trip to the region that the conflict had no defined front. Travelling with UN soldiers in one affected town, she described the lingering feeling that fighting could break out “in any place at any moment”.

“Nobody is in control any more.” DM

Photo: Security personnel sitting on a truck watch burned vehicles at the front gate of the Makala prison after it was attacked by supporters of jailed Christian sect leader Ne Muanda Nsemi in Kinshasa, Democratic Republic of the Congo May 17, 2017. REUTERS/Robert Carrubba