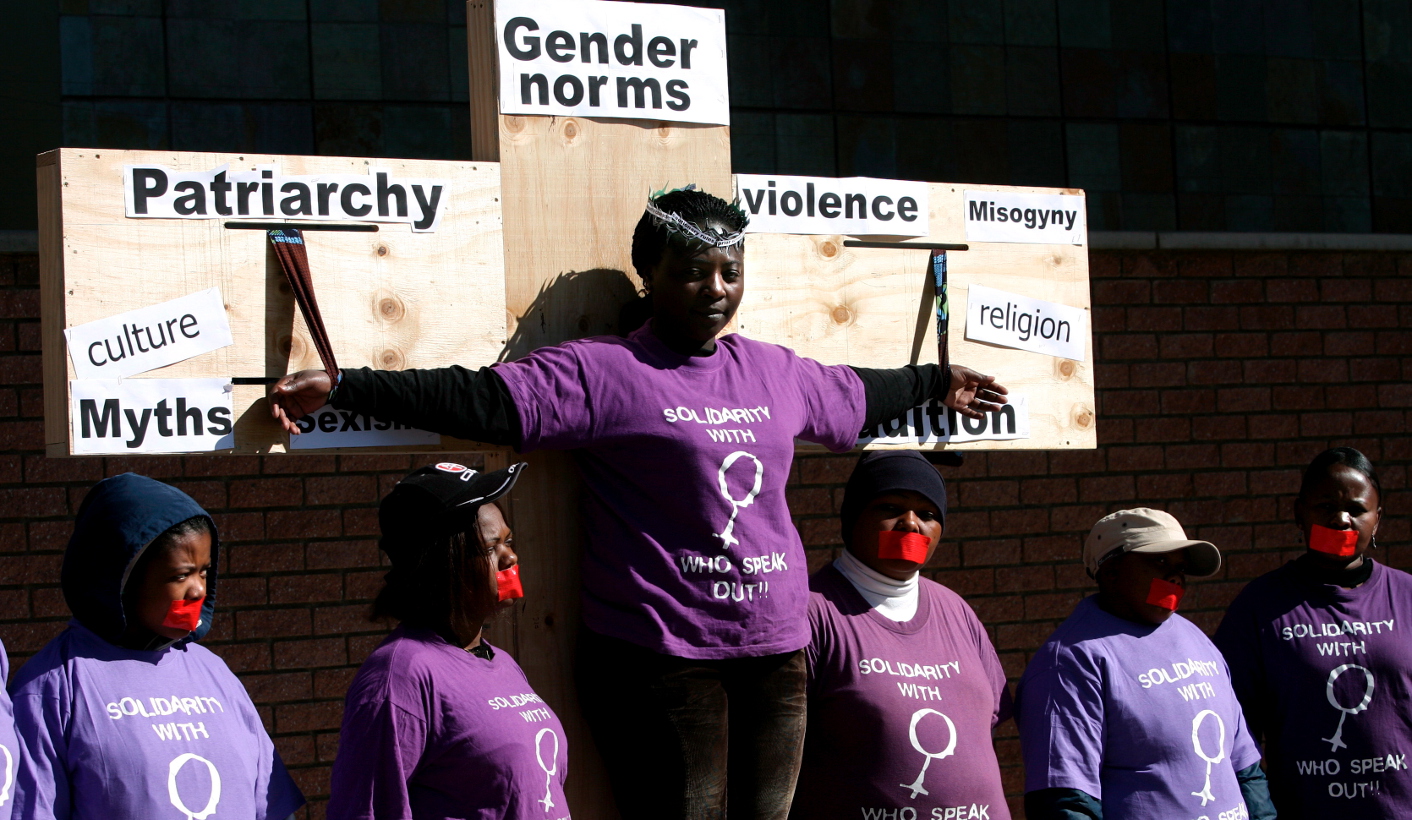 The brutal deaths or attacks of several young women and girls over the past few weeks has shocked and sparked outrage among the public but as our interviews show, gender-based violence is all too common with many young women either being victims themselves or knowing someone who has. By BHEKI C SIMELANE.

“I feel very unsafe, but it gets worse at night compared to during the day. But  there is no safe period really. Two weeks ago my friends and I evaded a group of guys chasing us in Protea Glen one night as we returned from buying drinks. One of us raised the alarm as she saw them running towards us. They gave up the chase when we approached a bright area where they could be seen. In 2013 a pregnant friend was killed by her boyfriend after she tried to break up with him. I don’t think there is anything that we can do to make us safe. Nothing. Police are there, well occasionally. Even then, they hardly get any work done except to follow the ‘china man’ and solicit bribes. The CPF is also not effective. I think in this country women will forever live in fear of the opposite sex. One would think that the Department of  Women would intervene but they don’t get involved. Police visibility alone will not solve anything. This must be accompanied by swift responses”.

“No, I don’t feel safe at all. Remember there has been a warning about a white Quantum that collects women who end up being abused. Not to mention all the scary stories of the past week where women have been murdered as though it were an abattoir. You can imagine the constant fear of stepping into any white Quantum, any Quantum. I can’t even stop to give strangers directions because I can’t trust any male strangers. I was almost a victim last year in November when local guys broke into my house and stole my laptop. Luckily I was not around. The guy is still roaming the same streets where I stay. Police couldn’t help me even after I told them the guy is threatening my family. They told me to call them when I see him. I always do, but they come hours later as though the thug would be waiting to be arrested. The government must be firm on police to root out corruption because even the few cases that are reported are never really satisfactorily prosecuted. Awareness campaigns must also include men as they are the perpetrators.”

“I don’t feel safe now as we speak because I don’t feel safe around any strange male at all. One cannot even attend parties any more because we are scared we might not return to our families. There is just no guarantee that a young woman who leaves the house will return. The only time I feel safe is when I’m in the house, but even then I only feel safe when there are trusted elders around. In November last year a lesbian friend of mine was killed in Zola, Soweto by unknown men. That incident affected me badly. I now do not go out after dark. And during winter I don’t go out after 6pm. The police cannot provide any solutions because most are corrupt. You cannot even go to the police to report because there is no use as nothing happens. Community Policing Forums (CPF) should be empowered and sufficiently resourced. Not that this will make us safe, but it’s even worse when criminals are just not fazed.”

“I don’t feel safe at all, because sometimes we become victims of the very people we know and trust, so how much more strangers? I haven’t had a situation where I became a victim, but a friend of mine was abused by her stepfather until she fell pregnant. The man started to threaten her with death afterwards. What we need is far-reaching women organisations to raise awareness, and create structures where women can engage freely around matters of violence against women. Other than that women are helpless because even the police take time to respond. Police are scarce, you only see them when something drastic has happened. They do not consider women abuse as one of those crimes they should urgently attend to because their attitudes make them believe violence against women does not require urgency. We need more police visibility, but again visible but corrupt police will not be of any use in addressing the plight of women in this country. I can safely tell you that women are not safe in this country, especially now that some men use women to lure victims.”

I don’t feel safe because there are too many strange men loitering around without work. Every strange male is a threat to me, I don’t trust men any more. It’s even worse here in Soweto because in some areas like mine there are no street lights. Children and many adults cannot move after dark because all sorts of bad things happen. In 2014 a friend of mine was stabbed to death in a mugging incident here in Soweto as she returned from the shops. That incident permanently traumatised me because I get goosebumps each time I have to leave the house. Continuous police visibility could save, but, instead the police remain in their stations and wait for the public to  report cases. The Department of Women should be in the forefront of the campaign to end violence against women. It is more their issue than it is for the police. I’m not sure why we have heard so little from them despite their existence. I’m constantly living in fear because of the murders of women all around us.”

“I’m really terrified, because you look around your neighbourhood and see a number of shacks owned by unemployed youth and think, what do all these people eat? How do they survive? It’s then that you realise how much trouble the country is in. I haven’t had a personal encounter where I was a victim of any of the crimes against women, but in 2012 my aunt was raped and killed by her boyfriend here in Soweto. Another huge problem with most women these days, including myself is that we want money. We want blessers not marriage. I love blessers. Give me money and you will get whatever you want. The unfortunate part is that some of us are killed by the very same blessers. What we need to do as women is form women-only structures where we can open up about women’s issues and explore possible solutions to our challenges. The police alone cannot do much.”

“How can I feel safe? I certainly don’t. Not with all the circulating horror stories of violence against women. I haven’t had a personal experience where I was a victim, but in 2014 four of my friends were raped by unknown men on their return from a school where they had been taking part in a choir competition. I don’t think there is any solution to keeping women safe. I’m saying this because what we can do to protect ourselves is very limited. Our tormentors want us to stay indoors and not come out, and that is impossible. Sustainable police visibility could be a positive step towards the solution, but only if our men in blue were not so mired in corruption. But, those police officers who are not corrupt should work hand in hand with CPFs. It’s horrible. Everyone knows someone who has been a victim. Please save us from these senseless tormentors.” DM