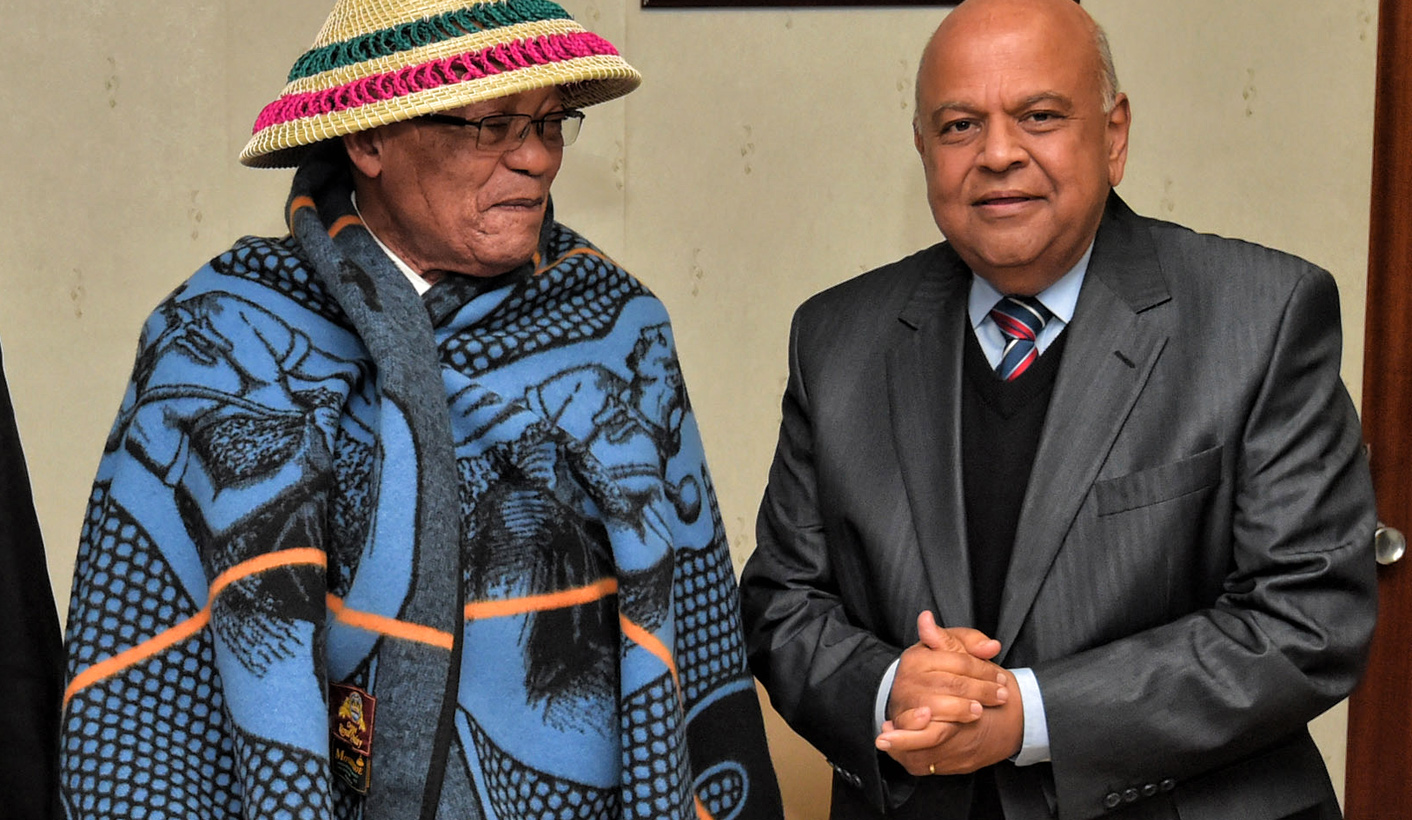 Why did Judge Bashier Vally order President Jacob Zuma to provide the record and reasons for replacing former finance minister Pravin Gordhan and his deputy Mcebisi Jonas? Zuma supporters claim the judge violated the separation of powers or is corrupt. The judgment says the president doesn’t enjoy “royal prerogative”. By GREG NICOLSON.

The Democratic Alliance’s case rested on rule 53 of Uniform Rules of the Court. Haven’t heard of it? After Zuma’s wide-sweeping Cabinet reshuffle, the DA applied to court to have the firing of Gordhan and Jonas reviewed and declared unconstitutional, unlawful and set aside.

Vally’s full judgment, released on Tuesday after he made the order against Zuma last week, said of the reshuffle:

“It is no exaggeration to say that it was received with shock, alarm and dismay by many. One reason for this is that it came on the heels of an extensive public complaint that incessant malversation had embedded itself in our public life and that the country was mired in the quicksand of corruption.”

The DA’s application to set aside the firing of Gordhan and Jonas couldn’t proceed without access to Zuma’s reasons for the reshuffle and the information he relied on – the record. The DA’s attempts to access the information was met with delays, so the party went to court. The Vally application was a case on which to base a bigger case.

That’s where rule 53 comes in. The president conceded that his decisions have to be rational and are therefore subject to review. He has vast powers and his supporters rely in his oft-quoted prerogative to appoint the Cabinet. But Vally said:

Zuma’s legal papers claimed he could appoint whomever he wants “as long as the exercise of such appointment is rational”. Vally said the “doctrine of legality” must therefore hold and if an executive decision doesn’t comply, it’s unlawful.

“Given that the decisions can be reviewed and set aside should they transcend rationality, the question that follows is how should the applicant approach the court? Put differently, what procedural devices should be employed to test the rationality of the decisions?”

The DA referred to rule 53. It says tribunals, boards and officers performing judicial functions must supply their reasons and records for making a decision when it’s taken on review. The rule was passed in 1965 and doesn’t mention executive decisions. Therefore, it shouldn’t be applied in this case, Zuma’s lawyers argued. Vally said that since the passing of the Constitution, the president’s actions can be taken on review and therefore he is required to provide the information.

He pointed to a number of precedents establishing rule 53 as a key mechanism for accessing justice. Here’s an extract from one judgment:

“By facilitating access to the record of the proceedings under review, the rule enables the courts to perform their inherent review function to scrutinise the exercise of public power for compliance with constitutional prescripts. This, in turn, gives effect to a litigant’s right in terms of s34 of the Constitution – to have a justiciable dispute decided in a fair public hearing before a court with all the issues being properly ventilated.”

The president argued that the DA has a right to his reasoning, but not the record. His stance would mean key documents, like the “intelligence report”, cited as a justification for firing Gordhan and Jonas, would remain secret. In court, Zuma didn’t reference any record for his decision, but his lawyers explained his reasoning:

“As will be evidenced in the answering affidavit of the president, in his response to your application to compel the delivery of the records, the decision to reshuffle the Cabinet as he did was informed by his political judgment that the reshuffle will best deliver on the mandate the African National Congress received from the majority of the electorate in the last general elections.”

This reasoning was ruled unacceptable, largely due to administration issues. Zuma didn’t make the statement himself and it was not submitted according to procedure. The judge didn’t make a determination on the rationality of Zuma’s reasoning, as that would only come up in a later hearing.

But Vally’s interpretation of the law means Zuma has to provide all documents, correspondence, electronic records, memoranda and advices regarding Gordhan and Jonas’ firing, as well as his reasoning. And he has to provide it by Thursday. He might try to appeal and the case could even reach the Constitutional Court.

The DA called the judgment a victory for transparency. “The president cannot hide forever and the DA will ensure, through every avenue available, that he accounts for his actions. Like any citizen, Jacob Zuma is not above the law,” said DA federal executive chair James Selfe. After receiving the information, he said the party will decide whether to take the rationality of the reshuffle on legal review.

The case and interpretation of rule 53 has drawn criticism from Zuma’s supporters. Yonela Diko, ANC Western Cape spokesperson, said, “What the DA is effectively saying is that the president acted irrationally by reshuffling his Cabinet, but they don’t have evidence of this, they are promising the judge the evidence will come once the president makes public his reasons for the reshuffle.” The court action, however, was a precursor to access information, which the court ruled the DA is entitled to, to determine whether to pursue a larger case.

Mzwanele Manyi has laid criminal charges of corruption against Vally, claiming the ruling shows corruption in the judiciary. “The manner in which Judge Bashier Vally has dealt with the matter, he is prima facie evidence of the corruption in the justice system,” he said on ANN7. He suggested Vally might have been communicating with the DA or Save South Africa ahead of the case, but publically he didn’t provide any evidence of the corruption claims. He didn’t engage substantially on the legal issues before the court.

A number of legal experts have said Vally’s judgment was predictable. The bigger question is what will happen if the DA tries to have Zuma’s reshuffle set aside. Constitutional law expert Pierre de Vos said that case might hinge on the reasons and records Zuma provides. “But as things stand, what at first might appear to be a radically invasive order handed down by the High Court might turn out to be of little consequence and not nearly as invasive as some armchair lawyers have argued on social media.”

For now, legal scrutiny on Zuma’s reshuffle hinges on what information he provides by Thursday and whether he tries to appeal or avoid the court order. DM