Analysis: Nutritional stunting and why SA is coming up short 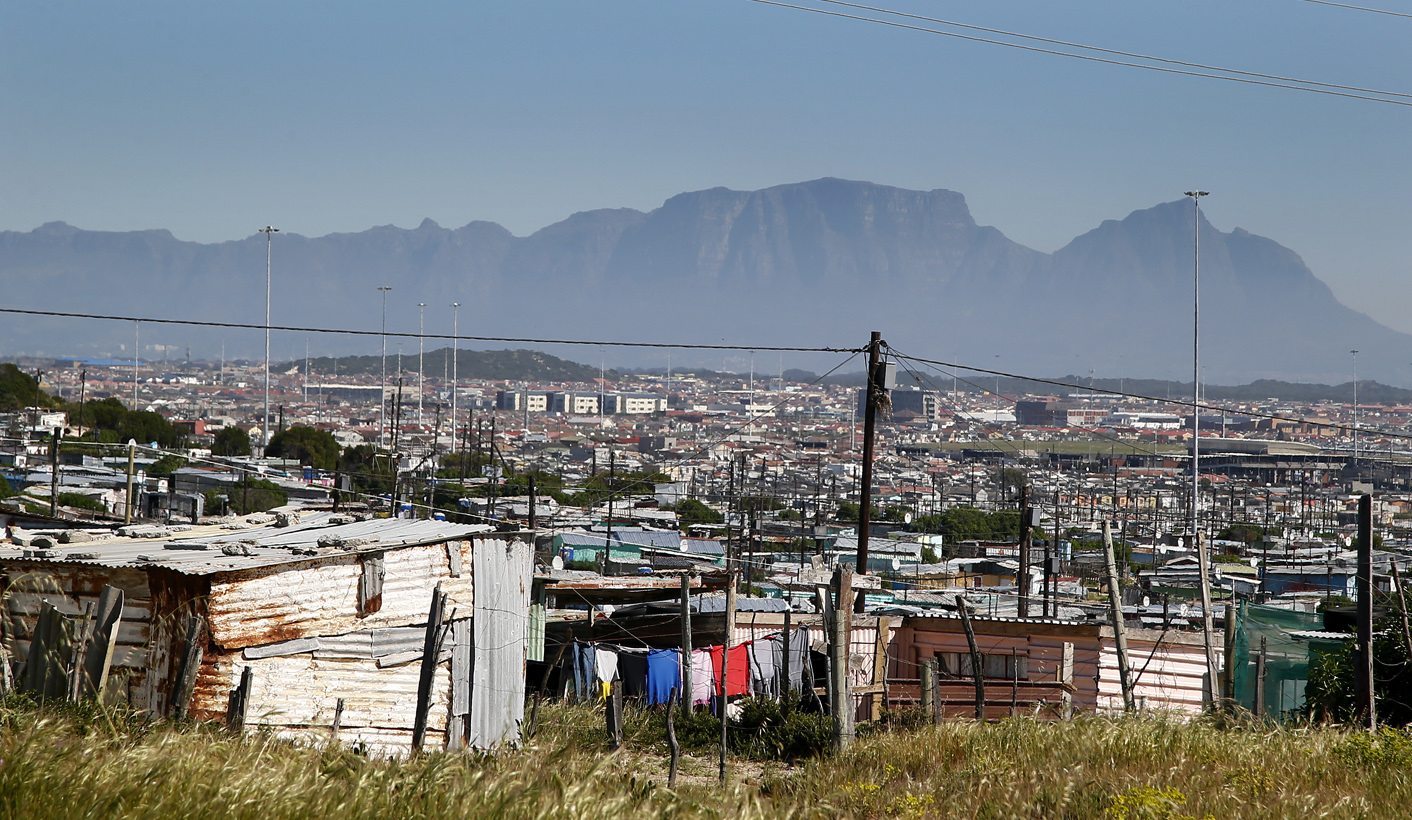 Statistically, the best predictor of an adult’s economic potential is their height at two years old. Yet recent research tells us that two decades into democracy, a quarter of South African toddlers are nutritionally stunted. Stunting is costing us a staggering R40-billion each year and South Africa is lagging behind other countries at comparable income levels in overcoming it. Why? By MARELISE VAN DER MERWE.

There’s a reason stunting is increasingly on national and global agendas: it’s costly to overlook. But in South Africa, something has gone awry. Despite numerous interventions, stunting remains a serious problem. Why?

The first obstacle: it’s not only a food issue. The second obstacle: grants aimed at improving nutrition aren’t hitting the spot as hoped.

South Africa ranks 70th out of 132 countries for stunted growth rates and the third Global Nutrition Report, released at the end of 2016, found that South African children were worse off than their counterparts in many poorer countries, including Haiti, Senegal, Thailand, Libya and Mauritania.

Malnutrition and nutritional stunting are not the same thing, explains Joanne Peter, who is spearheading the DGMT Zero Stunting Campaign in South Africa. “People may not realise the extent of stunting in South Africa because they may be thinking of an extremely thin, starving child,” she says. “But it’s not always that. Thinness alone may indicate very acute malnutrition, but in the case of chronic malnutrition, it may be indicated more by height, or the thinness may be masked by short stature.” Some forms of poor nutrition may also involve obesity, or “hidden hunger”, says Peter.

More important, stunting is not only a physical symptom – it is a biological marker that often indicates numerous systemic vulnerabilities, she says. In short, it’s an indicator of what is usually a complex, multifactorial set of problems – ranging from food insecurity to poor access to sanitation and clean water, which may cause gastric illness that worsens malnutrition.

In a study published by BMC Public Health, it was reported that South Africa’s prevalence of stunting had hovered between 20-30% for the past 20 years despite the Integrated Nutrition Programme implemented in 1996. South Africa was ranked highest in the first Hunger and Nutrition Commitment Index– Africa (HANCI-Africa). Nearly 10-million children have benefited from the national school feeding programme in the past financial year, although the minority of learners receive two meals. Yet South Africa is underperforming nutritionally compared to countries at similar income level: Brazil, Colombia, Mozambique, Malawi, Peru and Senegal have all achieved significant gains where nutrition is concerned, but South Africa’s improvement has been limited.

Further, a recent study showed, South Africa’s social grants debacle notwithstanding, the grant system is not working to its full potential. Nearly a third of South Africans (and over half of households in some provinces) receive at least one grant from the state, argues Dr Stephen Devereux, with the largest of these being the child support grant. But the grant, although in terms of numbers it goes to almost two in three children under 18, doesn’t necessarily feed through to reducing child malnutrition, and Devereux believes grant increases will not necessarily remedy this.

Devereux argues that this is partly because the grants are often not sufficient for the number of people they are ultimately shared between. But, adds Peter, it’s also an issue of bureaucracy. The Zero Stunting Campaign is calling for preregistration of babies during pregnancy, so that mothers do not lose out on access to child support grants during the first year of the child’s life.

“Currently, the mother must produce the child’s birth certificate in order to receive a child support grant,” she explains. “This can substantially delay receiving the grant, as the mother is not getting through the red tape after the birth and not getting the grant during the most critical time.” It is not merely an issue of buying food, says Peter. If the mother has more money, she may be under less pressure to return to work and breastfeeding may be more feasible practically. Later on, when the baby is introduced to other foods, she may be able to afford foods like peanut butter, which are more nutritionally dense. And good nutrition is crucial immediately, says Dr Lisanne du Plessis, of the Division of Human Nutrition at Stellenbosch University. If left untreated, chronic malnutrition in the first two years of life is irreversible.

The damage, warns Du Plessis, is severe. “Stunting is a nutritional disorder that comes about due to a number of factors, including inadequate diet, disease, suboptimal caring practices, poor food security, inadequate healthcare, poverty and poor governance of health, food and other resources,” she says. “It manifests in poor growth, particularly in height. It also impacts on brain growth. If undetected and untreated by the age of two years, the damage is irreversible. The child cannot reach his or her full cognitive potential, which impacts on schooling achievement, and later on educational and employment opportunities.

“There is also increased risk of chronic diseases in adulthood.”

These include diabetes, cancer and heart disease, as well as hereditary conditions that can affect the next generation.

Maternal undernutrition accounts for around 20% of stunting, with a low birth weight rate of 13% and high levels of stunting that some have argued cost as much as R40-billion a year; conversely, zero stunting could allow some one million more children to thrive each year and, in the long term, have a proportionately positive impact on GDP.

According to a series of articles published in The Lancet, stunted children go on, on average, to earn some 26% less than their peers in adulthood. The same researchers argue that the cost of stunting is, for some countries, up to twice their healthcare expenditure.

Health24 previously reported that a third of preventable deaths in poor and middle-income countries could be attributed to malnutrition. The World Bank has suggested that investing in childhood nutrition is one of the most cost-effective development actions: globally, every $1 invested in averting stunting delivers an $11 economic return, and every $1 invested in exclusive breastfeeding achieves a $35 economic return. Reductions in stunting, meanwhile, can increase the potential GDP per capita of countries in Africa and Asia by as much as 4-11%. The trick, says Peter, is that this must not happen in isolation. Sanitation, social support and other systems have to be included in the solution. Government support for agriculture, including sustainable family farming, also has a positive impact on stunting levels.

Although the national prevalence of stunting in South Africa decreased by 10.5% between 2008 and 2013, the most recent national nutrition survey (SANHANES-1) found that prevalence remains at 26% for boys and 25% for girls aged 1-3 years. “Despite economic growth, political and social transitions and national nutrition programmes in South Africa over the past few decades, stunting remains a stubborn problem which impacts our economic growth and prosperity,” says Du Plessis.

Breastfeeding rates, too, are low. Initiation rates are nearly 90%, but they decline within weeks, with one study reporting six-month rates to be just 8%. This, says Peter, is partly because communication around breastfeeding has been confusing due to HIV/Aids, and mothers were initially encouraged not to breastfeed, then told to breastfeed exclusively, and now may mix feeding methods provided they are on ARVs, if they are HIV positive.

“I believe combined and focused efforts [at multiple levels] to improve nutrition during pregnancy, infancy and childhood can have the most significant impact on stunting,” says Du Plessis. Social support should ideally complement financial support, she adds.

Additionally, says Peter, streamlining access to grants, and taking an approach that avoids the silo effect, would be ideal. “At the moment we do have political will and we have concentrated efforts committed to nutrition, which is great,” she says. “But [paradoxically] in some ways there are [both] too many owners and too few owners. It’s difficult to get stunting across as one defined issue. Is it agriculture? Is it education? Is it healthcare? Stunting requires extremely focused leadership support,” she says. DM

Photo: A general view of the township Khayelitsha with a population of over 400,000, South Africa, 14 September 2016. EPA/NIC BOTHMA