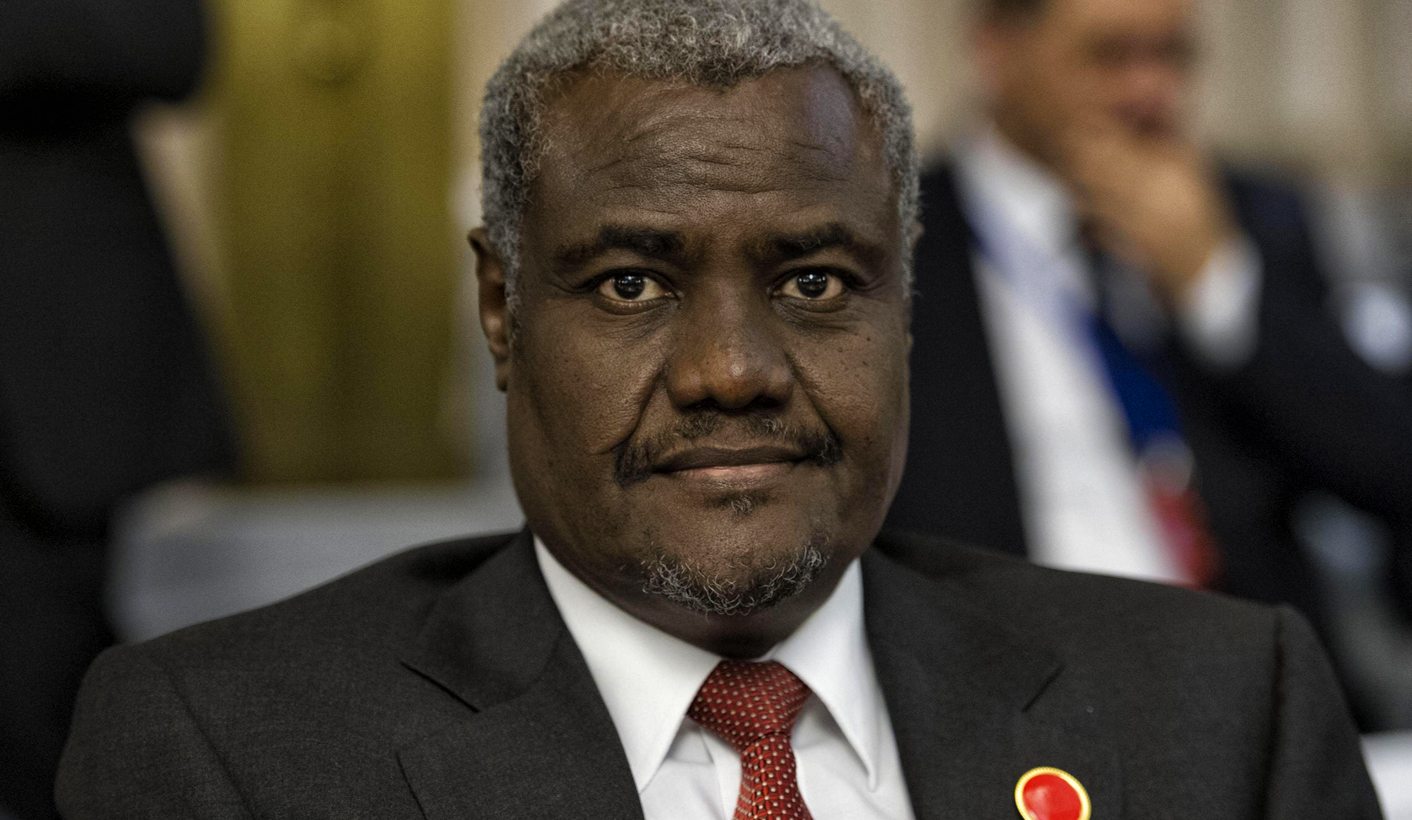 Mahamat has already visited Africa’s major hotspots, but solving the conflicts will take more than handshakes. By Liesl Louw-Vaudran for ISS TODAY.

The scene is not a familiar one at the African Union (AU): the AU Commission (AUC) chairperson, in shirtsleeves, walking in the blazing sun down an unpaved alley in a war-torn country. Yet this picture of Moussa Faki Mahamat, the new AUC chairperson, on a visit to South Sudan, is probably the first of many.

Mahamat last month visited South Sudan and Somalia, two of the worst war zones the AU has had to cope with in the past few years. He was accompanied by Smaïl Chergui, the AUC Commissioner for Peace and Security. He also met with politicians from the Democratic Republic of Congo and Mali.

Mahamat’s predecessor, Nkosazana Dlamini Zuma, was criticised in some quarters for not paying enough attention to burning crises on the continent. She rarely travelled to conflict zones. Mahamat has been travelling to hotspots and meeting with leaders about solving conflicts.

Four days after his January inauguration in Addis Ababa, Chad’s former foreign minister left for neighbouring Somalia where he met with newly elected President Mohamed Abdullahi “Farmajo” Mohamed. Somalia is the location of the AU’s main peacekeeping effort, where the African Union Mission to Somalia (Amisom) is fighting al-Shabaab.

While in Mogadishu, Mahamat laid a wreath for the unknown soldier – an overdue gesture for the countless African soldiers who have died in battle in Somalia this past decade. Shortly afterwards he travelled to Nairobi to attend a special summit organised by the Intergovernmental Authority on Development (IGAD) about the future of Somali refugees.

A day after the Nairobi meeting, on 27 March, he was in South Sudan where civil war has been raging since December 2013, with no end in sight. The AU Peace and Security Department posted pictures on Twitter of Mahamat holding a baby in Ganyiel in South Sudan’s Unity State, where famine has been declared. The UN reports that 5.8-million South Sudanese require food aid.

The UN has also warned that genocide could occur in South Sudan if no political solution is found soon. Refugees streaming over the border to Uganda in the past few weeks have told horrific tales of ethnic cleansing and killings based on tribal affiliation.

Mahamat might have been thinking about this as he sat with Rwanda’s President Paul Kagame in Kigali on 8 April to commemorate the 1994 Rwandan genocide. Then, Africa said “never again”. In fact, the very AUC that the Chadian diplomat is now heading, is tasked with intervening in crises on the continent and preventing things from escalating to such an extent that lives are threatened on a massive scale.

Besides the crises in Somalia and South Sudan, several African countries are still battling with terrorist threats. Last week, on 10 April, the foreign minister of Mali, Abdoulaye Diop, spoke to AU ambassadors in Addis Ababa during a meeting of the Peace and Security Council on the new plans to fight terrorism in the Sahel. These efforts are led by the G5 Sahel countries (Chad, Niger, Burkina Faso, Mali and Mauritania).

The G5 Sahel is planning a joint intervention force similar to the Multinational Joint Task Force (MNJTF) against Boko Haram. Mahamat also knows these battles very well. Boko Haram has been in his backyard for years. Chad in fact plays an important role in the regional offensive against the terror group. The MNJTF, headquartered in the Chadian capital N’Djamena, has made a lot of progress and has weakened Boko Haram.

Back in his office in Addis Ababa, the AUC chief will soon be reminded that when it comes to solving Africa’s conflicts, the AU’s hands are tied on many levels. Firstly, the AUC – with its representatives from 55 member states – remains a highly bureaucratic institution with huge organisational problems. Mahamat and his new team, including his deputy and eight commissioners, are charged with implementing new reforms at the AU, adopted by heads of state at their 28th summit in January.

Secondly, financial constraints still plague the AU. The new financial structure that was adopted in July last year by heads of state, which will see 0.2% of African imports taxed to finance the AUC, is only being put into place very slowly. For now, the AU programmes and especially peace support operations are almost fully funded by outside institutions like the European Union.

Finally, nothing can be done about peace and security without the cooperation of the AU’s member states. Time and again, AU peace efforts have faltered because states are unwilling to acknowledge the AU’s role and responsibility in the internal affairs of member states and/or have not been willing to provide the resources to back its plans.

One of the reasons that the peace efforts in South Sudan have failed is the lack of coordination and commitment by countries in the region, some of whom have taken sides in the conflict.

The AU has vowed to silence the guns by 2020. Mahamat said in his election campaign for the AUC’s top job that he speaks fluent French, English and Arabic and has a lot of experience in diplomacy. Those skills will have to be put into practice to convince African leaders and belligerents to co-operate in the interests of peace and security. DM