Alibi, Ep 8: SA podcast concludes with finding a lawyer to help, a cop to tell his story and a prison warder to argue for our guy’s innocence 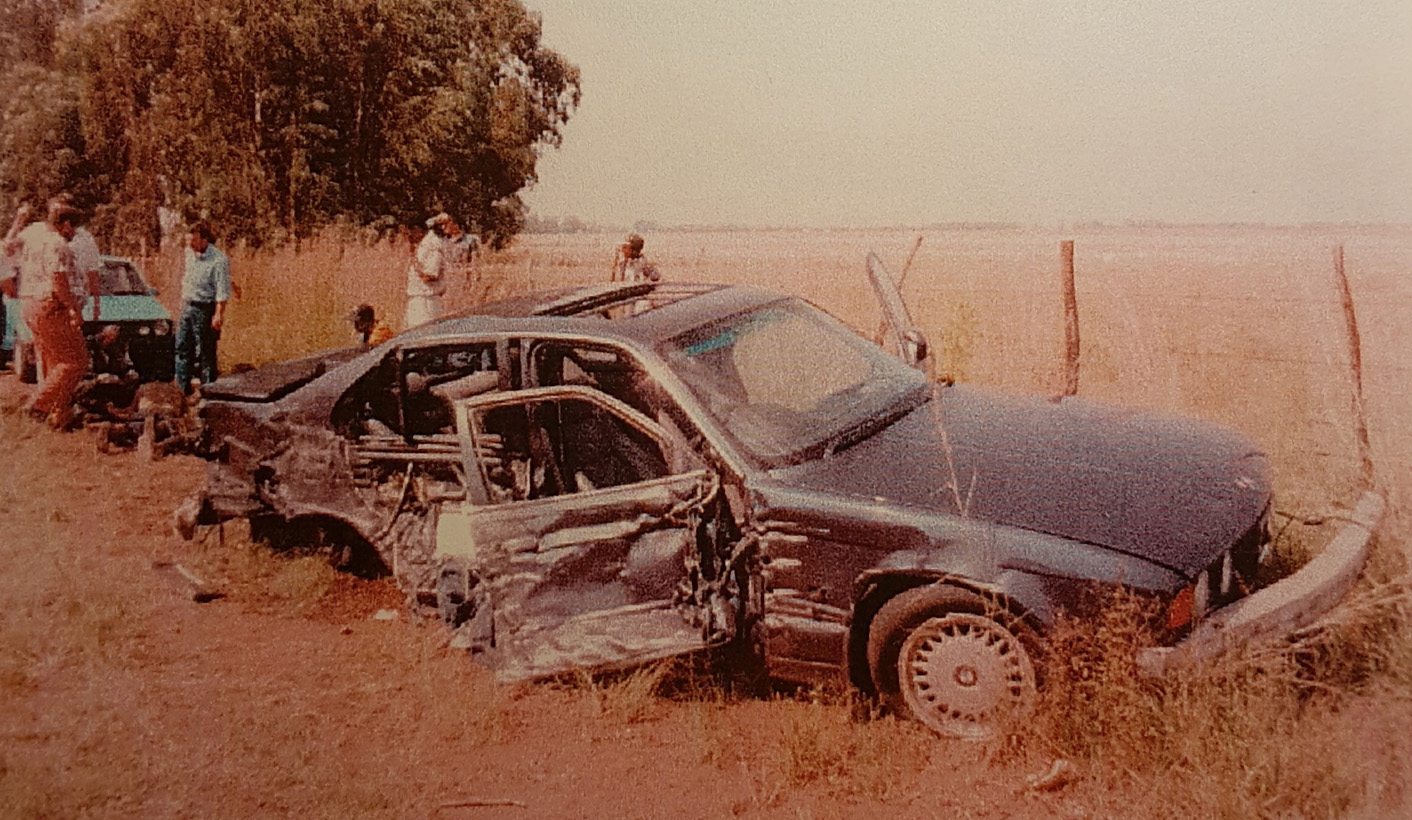 The podcast and radio series Alibi over eight weeks has investigated whether one man, Anthony de Vries, is innocent of his crimes, a double murder and robbery at a Checkers supermarket in Vereeniging in 1994. The start of the episode sees us trying to push for legal representation for Anthony… and ends with finding one of his old friends. By PAUL McNALLY.

Thulani Nkosi, the interminably overworked advocate and lecturer from the Wits Law Clinic, takes a certain level of persuasion to take on Anthony’s case. There is a queue of clients behind me waiting to be seen. Eventually, he relents, with a smile. He leaps up and shakes my hand.

“What is one more?” he says. What is one more to add to the stream of clients needing legal help? I want Nkosi to assist with Anthony’s parole. Our guy is representing himself and though he is clued up with regards to the law, he has also made plenty of enemies over the years.

Listeners to Alibi, the podcast and radio show, over the past eight weeks have told me, almost as a threat, that they hope the ending won’t disappoint. And the underlying tickle is that a 100% lack of disappointment means that Anthony is without a doubt innocent. If he was 100% guilty then why did we spend this time on this story? And if we are in any way unsure of his innocence… then why did we spend time on this story?

The tension of this type of journalism is that even though the idea of the person in question being innocent or guilty is meant to be floating throughout, the enriching crescendo, for some, only materialises if he is innocent. The vague idea that we have all learnt valuable lessons about the law along the way doesn’t fly when people have spent four hours listening and want conclusive answers.

These expectations are flattering – it means people are engaged and truly involved in the story. But, there is another tension when offering a conclusion: personal bias. The legal parameters of someone being deprived of their access to justice, having poor legal representation or being sentenced harshly through common purpose, are not as satisfying as flat-out saying a man is innocent and has been in jail for most of his life, Shawshank Redemption-style. While investigating Anthony’s case I have learnt that you can’t trust your personal impressions of the one convicted, mainly because they are no longer the same person: the man who was photographed when arrested and who could have performed those crimes is not speaking to you today. I don’t want to be as rash as to say they have been “rehabilitated”, but a life in prison changed Anthony, buried his earlier self so I couldn’t, even if I’d spent years with him, distinguish his true, former character.

I believe that the BMW Anthony was meant to have been driving was not involved in the murder of the security guards. I believe, given the evidence uncovered in this investigation, that Anthony was in no way involved in the murder and robbery for which he was convicted. I believe he was tortured by the cops and statements were adjusted to incriminate him and convict him of multiple crimes because there was a lack of alternative living, breathing suspects. I believe there was a remarkable relationship between Anthony and the investigating officer that involved torture and horror – one which muddies the case almost on arrival.

However, what makes the case difficult, and narratively intoxicating, is when you ponder what Anthony was truly doing on that day of his arrest. Was he on the way to a job interview or do you believe he was capable of criminality – was he part of the trio driving around heavily armed in the dark blue BMW and therefore would he have landed in jail eventually? From a legal perspective this is an incredibly important miscarriage of justice. Anecdotally, people I have spoken to are often unsympathetic to Anthony having gone to jail. They believe he was the driver and essentially a mid-90s scallywag. There was no job interview, they say. Though, I would argue, even if that was the case he shouldn’t have gone to jail for killing two security guards. There is strong evidence for that. This shrug response I receive is important and I don’t condemn it – none of us want criminals on the streets. But the evidence is important: the ambiguity around the injuries, the fluidity of the statements given by police officers and how nothing conclusively linked him to the murder scene – we have a man who should have walked. How you believe he would have spent the intervening years if not in prison is a debate worth having, but separate from one involving the importance of a functioning justice system and robust accountability.

In this episode, the final of this first season of Alibi, you will see what happens to Anthony, where he ends up and how those around him respond to the conclusion of his story. DM

Paul McNally is an award-winning journalist living in Johannesburg. He was a Knight Visiting Nieman Fellow in 2016 at Harvard University. He is the author of the nonfiction book The Street: Exposing a World of Cops, Bribes and Drug Dealers and is the Founding Director of Citizen Justice Network, a project based at Wits University that trains community paralegals to be radio journalists.