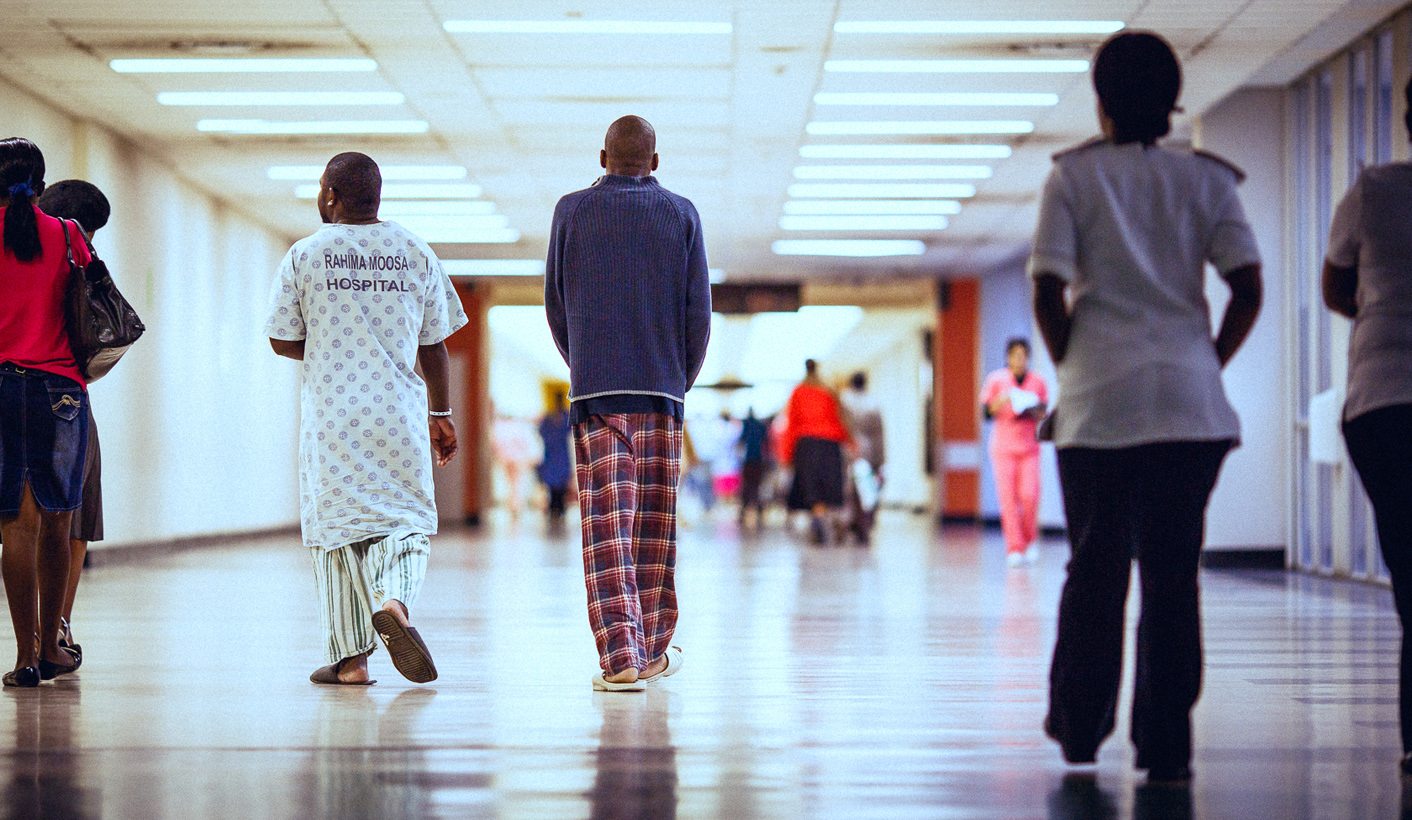 An inspection report of over 600 public health facilities makes grim reading – both because many facilities have deep-rooted problems and because the report is riddled with mistakes and incoherent at times. By Kerry Cullinan for HEALTH-E NEWS.

The vast majority of South Africa’s clinics failed to score more than 50 percent for standards and quality of care when visited by independent inspectors, who checked things such as cleanliness, infection control, management and availability of medicines.

The inspectors, from the Office of the Health Standards Compliance (OHSC), visited 567 clinics and 51 hospitals covering district, regional, provincial and central hospitals, which offer the highest level of specialised care.

According to the office, facilities should score at least 80 percent to claim an acceptable level of care – which makes sense when you think of how dangerous a half-dirty hospital would be for a person with a weak immune system.

Only two of Limpopo’s 59 clinics and five of the 53 Free State clinics scored over 50 percent. Meanwhile, only 12 of the 100 Eastern Cape clinics managed to scrape over 50 percent, while the majority scored between 30-39 percent. The province’s average for leadership and governance was seven percent.

The OHSC was set up in terms of an Act of Parliament in 2013 to conduct independent inspections of all public and private health facilities in the country, to rate them according to a complex list of priorities and to encourage facilities to improve.

The Office presented its inspection report to parliament a few weeks ago, but took a little while to put the report online. Sadly, the written report is so riddled with inaccuracies – including graphs that bear little resemblance to the accompanying commentary, incorrect spelling of facilities and entire paragraphs that are incoherent – that it undermines the data as well as public confidence.

Public confidence is essential as the OHSC is intended to play a crucial role in setting up the National Health Insurance (NHI) system. Once the health department has finalised regulations setting down National Core Standards, every health facility will be compelled by law to meet these standards. In the longer term, an NHI fund is to be set up and it will only be able to disburse funds to facilities that can deliver a certain standard of care.

But reaching that goal is proving to be a bit like a slow slog through quicksand. Since it was set up, the OHSC has concentrated on trying to raise the professional level of the country’s 3816 public health facilities (it plans to start checking the dirty laundry of private facilities during this financial year).

The latest – and second ever – inspection report covers 10 percent of facilities. It prioritises six areas:

According to Professor Lizo Mazwai, the OHSC’s chairperson: “The Inspection Report shows increasingly challenging circumstances experienced at organisational and management levels, some areas of good care being delivered and encouraging levels of improvement taking place in some re-inspected health establishments.”

Despite Mazwai’s upbeat comments, the Office expresses concern at “some evidence of significant deterioration in the quality care at inspected health establishments which undermines patients rights”.

The OHSC also points to the crippling effect of “budget constraints” which have resulted in “vacant clinical and allied professional posts, inadequate infrastructure and maintenance budget, [and shortages of] medical equipment, medical supplies, consumables, including pharmaceuticals”.

The report also notes that “governance and oversight, including responsive, hands-on leadership, effective, decisive management” are areas of “significant concern and needs attention”. Only a handful of places offered acceptable management. Grey’s Hospital- a provincial tertiary hospital in Pietermaritzburg – emerged as the country’s rock-star hospital, scoring over 90 percent for patient safety, clinical governance and clinical care and availability of medicines and supplies.

Four central hospitals were inspected – George Mukhari and Charlotte Maxeke in Gauteng, King Edward VIII in KwaZulu-Natal and Nelson Mandela in the Eastern Cape. They performed better than the other categories of facilities inspected, but not one of them scored over 70 percent for cleanliness (remember, 80 percent is a pass). This is a concern, given that the sickest people – who need the highest level of care and are susceptible to infection – are treated at these top-level hospitals. There were worrying deficiencies: King Edward had no security at newborns’ wards, no isolation wards for highly infectious patients and some equipment was missing from its emergency trollies.

The dunce of the provincial tertiary hospitals (one below central) was Kimberley Hospital in the Northern Cape, with an overall average of 47 percent. It’s leadership scored below 20 percent, cleanliness was rated a lowly 41 percent and it had no oxygen and expired items on its trolley to treat emergencies. Kimberley was also inspected in 2012, when it had scored a respectable 75 percent overall so there has been a dramatic drop in its standard of care.

The seven regional hospitals inspected posted a pathetic 29 percent average for leadership and governance, with the Free State’s Dihlabeng Hospital bottom of the group with dirty toilets and weak leadership. Rahima Moosa Mother and Child Hospital in Gauteng was at the other end of the spectrum, doing particularly well for availability of medicines and supplies.

“There is urgent need for hospitals, clinics, districts and provincial management and staff to operate on a more professional and proactive basis and, be better positioned to withstand scrutiny of OHSC environment that is certain to become more demanding,” declares the report.

Provincial and national government need to implement a system of accountable management, where health staff across facilities face disciplinary action if they fail to do their jobs. Only once the implementers face serious consequences if they fail to deliver, will our health institutions improve. DM