House of Cards: Ntlemeza gets the axe but his troubles are far from over 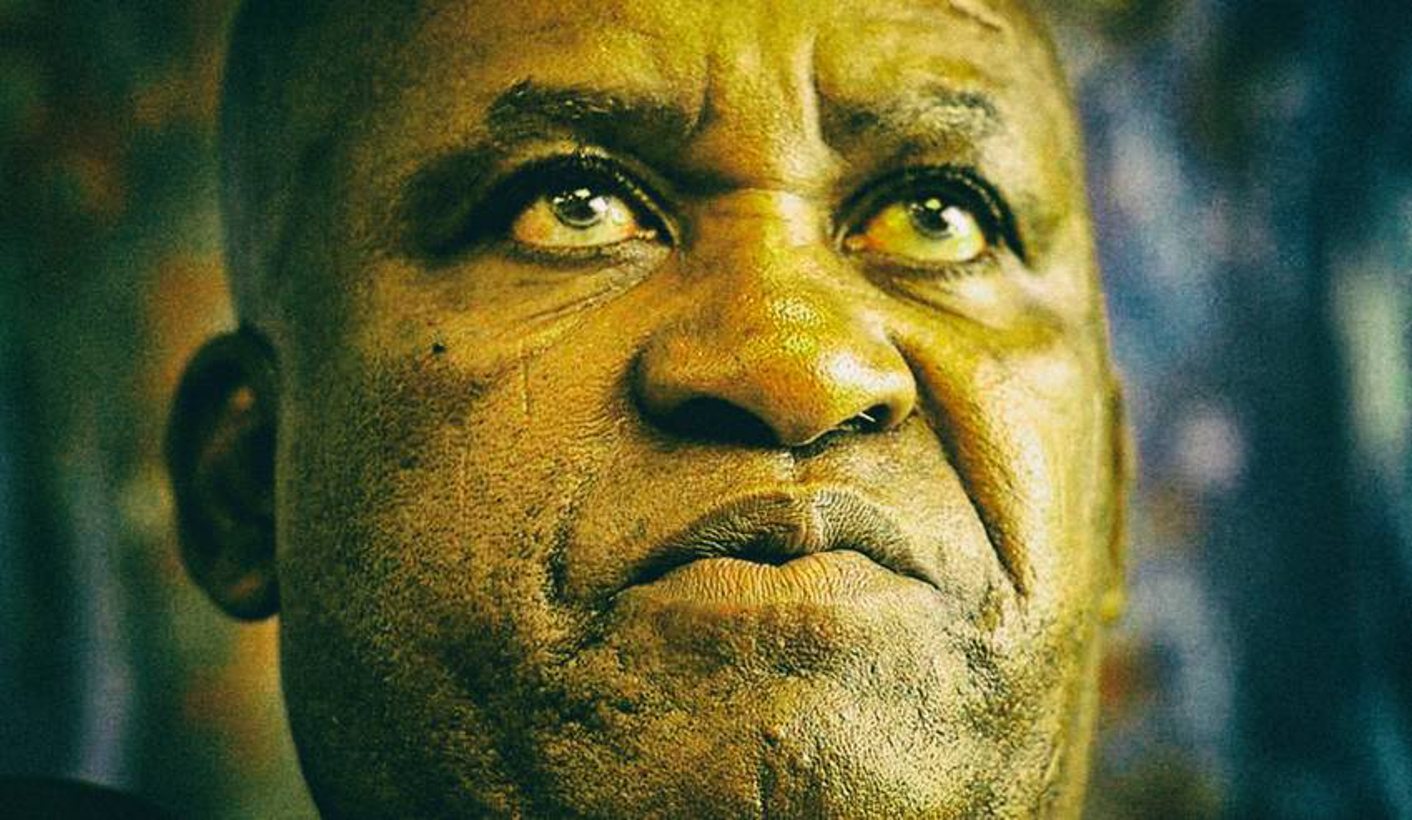 An unexpected upside of President Jacob Zuma's post-midnight cabinet reshuffle is the imminent removal of Lieutenant General Mthandazo Ntlemeza, the highest ranking police official in the country and who has been a key figure in the political witch-hunt of former Minister of Finance Pravin Gordhan as well as other former top police officials. On Wednesday, the North Gauteng High court dismissed Ntlemeza's appeal against an earlier ruling that he is not fit for the job. But Ntlemeza's problems are far from over. He faces several IPID probes and other accusations that he has failed to investigate major criminal cases including corruption at Prasa. By MARIANNE THAMM.

Without former Minister of Police, Nathi “Firepool” Nhleko, the man who irregularly appointed him and protected and backed him at every turn, career policeman Mthandazo Ntlemeza is about to be hung out to dry, sixteen months into his seven-year contract which came with a generous R1.6 million a year salary package.

One of Fikile Mbalula’s first announcements after being appointed Minister of Police was that he would not be pursuing his predecessor’s appeal against a ruling on March 17 by the North Gauteng High court that Ntlemeza lacks integrity and honour, that his appointment is unlawful, and must be set aside.

The North Gauteng Court on Wednesday dismissed, with costs, Ntlemeza’s application for leave to appeal the March 17 order saying there are no reasonable prospects for success in other courts. The judgment is a victory for the Helen Suzman Foundation and Freedom Under Law who doggedly challenged Ntlemeza’s appointment. On Wednesday the HSF argued that Ntlemeza should leave office immediately.

Before the application was due to be heard on Wednesday Mbalula withdrew from the case initiated by Nhleko and Ntlemeza. In a press statement afterwards, Vuyo Mhaga, spokesperson for the Police Ministry, announced that Mbalula would be meeting with DPCI management on Thursday and would afterwards “take the nation into his confidence regarding his decision.”

“Minister Mbalula has informed General Ntlemeza of this decision and asked for his observance,” said Mhaga.

It’s an odd choice of word – “observance” – with its religious but diplomatic overtones but in essence means “obey” the order of the court. This is yet another judicial victory against several of Zuma appointed ministers who have flouted the law.

Ntlemeza, a career policeman who began his rise up the ranks in apartheid South Africa, arrived on the job trailing controversy. Before his irregular appointment by Nhleko, Ntlemeza, who was SAPS deputy commissioner in Limpopo, had been accused by a fellow officer of ignoring a fraud case involving an officer who was dating Ntlemeza’s daughter at the time. The docket that had been opened by Lieutenant Boitumelo Ramahlaha simply went “missing”. Ramahlaha reported the case to IPID which is still investigating the matter.

Ntlemeza can look forward to multiple engagements with IPID and its head, Robert McBride (who Minister Nhleko also suspended illegally) in future. Earlier this week Johannesburg mayor, Herman Mashaba, lodged a complaint alleging that Ntlemeza had personally issued orders that cases of corruption uncovered by the City of Johannesburg be brought to him.

Newly-reinstated head of the Prasa board, Popo Molefe, before former Minister of Transport Dipuo Peter’s dissolved the board earlier this month, wrote a scathing letter to Ntlemeza about the Hawk’s extreme tardiness in investigating criminal complaints totalling R7-billion relating to irregularly awarded tenders. The criminal complaints were lodged following former Prasa CEO Lucky Montana’s axing in July 2015. The most significant of these relates to contracts worth R4bn awarded to local technology firm, Siyangena Technologies, and a R3.5bn tender for the acquisition of locomotives found to be unsuitable for South Africa’s rail network.

Molefe wrote to Ntlemeza that:“In light of the nature of the matters, I am deeply concerned that South African citizens and the fiscus are prejudiced by the fact that the DPCI [Hawks] has done nothing tangible to respond effectively to these matters, despite Prasa’s ongoing co-operation and assistance.”

Others who have been affected by Ntlemeza’s bloodbath since taking office are former KwaZulu-Natal Hawks head, Johan Booysen, who in his book Blood on their Hands revealed that two days before his suspension, former head of the Hawks, Anwa Dramat, had called for the Nkandla docket from detective services. Dramat had written to Nhleko informing him that the Minister was no doubt aware that he had called for dockets involving “very influential persons” to be brought under one investigating arm and that this had caused “massive resentment towards me.”

Dramat was soon axed as was Booysen, in September 2015, shortly after Ntlemeza’s appointment. Booysen’s suspension was later overturned in the Durban High Court which censured Ntlemeza’s conduct in the Booysen case. IPID is also currently investigating charges of perjury against Ntlemeza in relation to the Booysen case.

McBride, during his court case challenging his suspension, claimed that former crime intelligence head Richard Mdluli, Nhleko and Ntlemeza had conspired to get rid of Dramat.

Ntlemeza, who has acted as a reliable and pliable gatekeeper at the DPCI, has been consistently defended by Nhleko and Minister of State Security David Mahlobo, particularly in relation to Ntlemeza’s handling of a concerted 15-month attempt to get rid of Pravin Gordhan on various trumped up charges. Ntlemeza, NPA head Shaun Abrahams also revealed in dropping charges against Gordhan, had been instrumental in pursuing the recycled cases.

The damage to the integrity and structure of the DPCI has no doubt affected its ability to act against high-level corruption and criminality in South Africa. Ntlemeza, during his tenure, embarked on an extensive restructuring of the DPCI, sidelining many experienced investigators. These appointments now hang in the balance as the court has declared that he was not legally appointed.

The Ntlemeza case has exposed the weaknesses in the process of appointing individuals to this key position, as well as the DPCI’s independence. In a minority judgement in November 2014, in the matter between the HSF and the Minister of Police, Judge Edwin Cameron remarked on the risk for anti-corruption institutions located within government departments.

Cameron held that the process for the appointment of the head of the Hawks was not constitutionally compliant and contended that the concentration of power of appointment in the Minister of Police, without express parliamentary approval, would jeopardise the DPCI’s independence.

Writing in April 2016, Johan Burger, Senior Researcher, Governance, Crime and Justice Division with the Institute for Security Studies said it was concerning that the process provided for by Section 17CA of the SAPS Amendment Act, still left a gap for a “political appointment” to the position.

“What needs to change is the law; along with the subsequent appointment process,” said Burger. Burger added that it was “even more worrying, whether constitutionally required or not, that South Africans cannot trust the cabinet to appoint the best possible person to head an important crime and corruption unit such as the Hawks. A cabinet that is committed to effectively tackling corruption would ensure that a transparent and competitive process is in place for such an appointment; as is the recommendation for the appointment of the SAPS National Commissioner in the National Development Plan.”

Ntlemeza’s axing opens the way for this crucial debate to be revived. DM