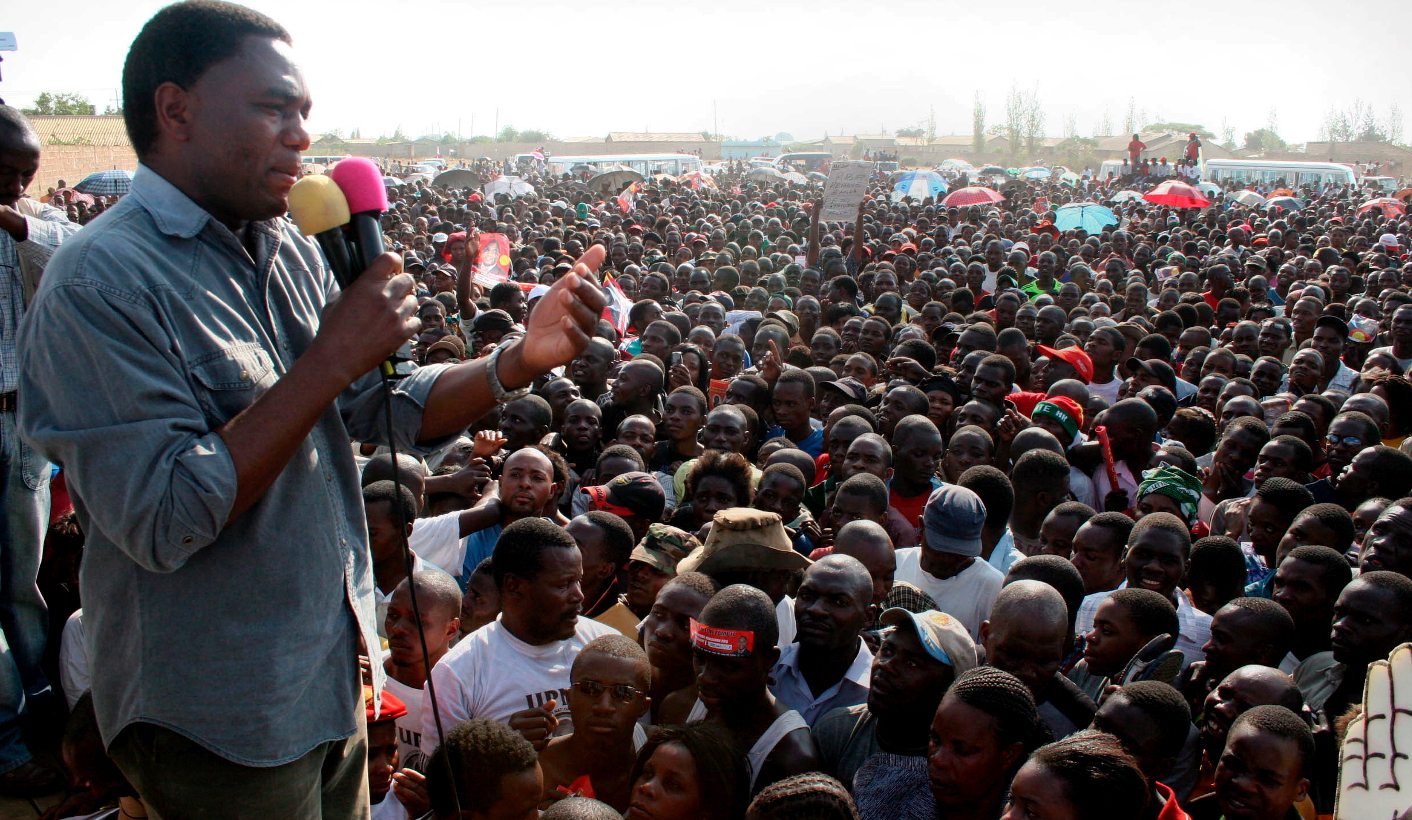 The home of opposition leader Hakainde Hichilema was attacked by Zambian security forces early on Tuesday morning. Hichilema and his family retreated to a safe room in the house, but have sustained injuries. Hichilema spoke to SIMON ALLISON from his safe room.

Zambian police forcibly entered the home of Hakainde Hichilema early on Tuesday morning, in a bid to arrest the opposition leader.

Hichilema and his family retreated to a safe room within the house. Speaking to the Daily Maverick from his safe room, Hichilema said: “This guy (President Edgar) Lungu, he wants to kill me. He’s basically broken into my house and put his men around. The whole night they were harassing my wife and children. In the house we have a secure room (so we went there). They have beaten all my workers. And they are still here. This guy is a dictator, a full-blown dictator. We’ve been saying so, no one in the region has been listening, and this is the consequence of not taking notice.”

An audibly distressed Hichilema said that the men surrounding his house have been using some kind of toxic gas in an attempt to force him and his family from the safe room. “My wife is asthmatic and my child is asthmatic, they are fainting. Our eyes are swollen from the toxic gas they have been pushing in here. We are injured, my family is injured. My workers around the homestead were tortured the whole night.

Hichilema says he will stay in the safe room until he feels it is safe to come out. “I will stay here until I feel safe. I’m hoping (South African) President (Jacob) Zuma, or SADC [the Southern African Development Community], or the Americans will do something. Because anyone who believes in freedoms and the rule of law must do something. Somebody has to do something. This guy (President Lungu) is going to kill a lot of people.”

Charles Kakoma, a spokesperson for Hichilema’s United Party for National Development, said the party was still scrambling for details about what had happened and why. “It is true. The police raided Hichilema’s house last night. They broke the gates to his house and the doors to his house and fired tear gas in the whole house. Up to now they are still surrounding the house.”

There has been no clarification as to why the police are targeting Hichilema. “We don’t know but from what people are saying… they are investigating him on possible treason charges,” said Kakoma.

The Daily Maverick is reaching out to the Zambian government for comment. DM