ANC’s Internal Combustion: A sign of things to come a... 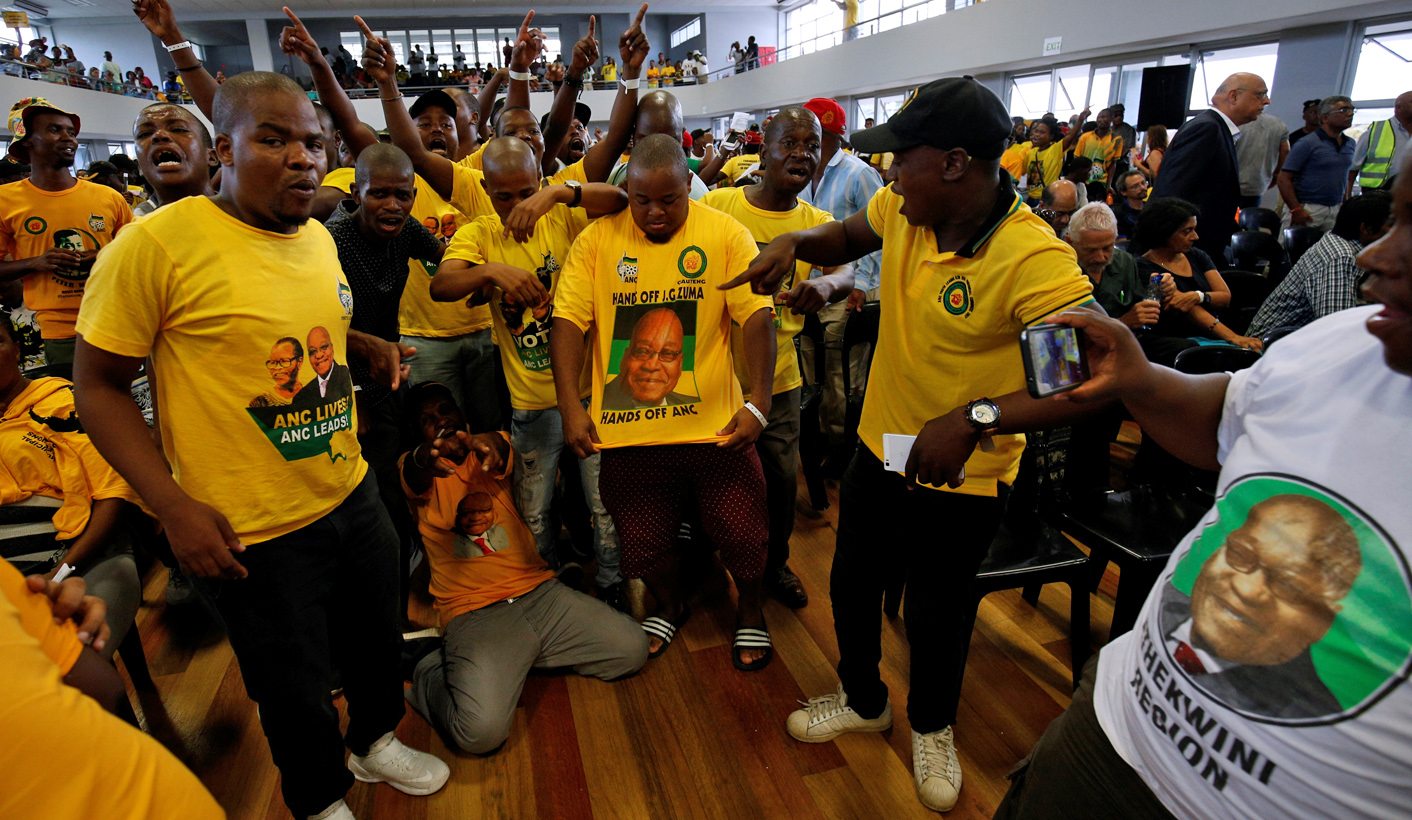 To quote the Snapchat generation, the late Ahmed Kathrada’s memorials have been lit. Events in Joburg and Cape Town were politically charged rallies against President Jacob Zuma. On Sunday, the president’s supporters hit back, taking their chance in Durban to defend Zuma. Don’t forget – it’s an election year. By GREG NICOLSON.

The late Ahmed Kathrada was nothing if not a man of values and dissent. In death, he has started a revolt: Alliance leaders in Johannesburg and Cape Town have spoken at his memorials, using the latest Cabinet reshuffle as fuel to the fire, to speak out against President Jacob Zuma. They’ve rallied against state capture, the creation of a society for an elite few, adding a slither of corrupt elite to the historically corrupt elite, against creating a society that benefits all. A few Alliance leaders have been emboldened to stand up and speak in the memory of Kathrada’s call for Zuma to resign.

It was only a matter of time until Zuma’s supporters hit back. The memorials have been an anti-Zuma ode to Kathrada’s values, and they couldn’t continue unchallenged. The ANC Youth League (ANCYL) in KwaZulu-Natal on Sunday took up the charge and effectively started the dirty race in earnest for the election of the next party leader.

The KZN ANCYL this weekend won the right to attend Kathrada’s Durban memorial after a group called the Active Citizen’s Movement attempted to block it, fearing disruptions. The Durban High Court said the memorial was a public event and the Young Lions could not be barred from attending.

Sunday’s memorial started like the others. Ahmed Kathrada Foundation leader Neeshan Balton spoke about Kathrada’s wish not to be put on life support. He said the Struggle icon had lived a dignified life defined by activism. He spoke of people’s love for Kathrada and his love for them. “He would have been perturbed about a range of things in South Africa today. I don’t have time to go into all of them but he left very perturbed about the state of the country, about the state of his movement,” said Balton, which elicited a few jeers from the crowd.

A statement sent by Albertina Luthuli, daughter of the great Albert Luthuli, was the next to draw a reaction. “Finally, I agree with the well-known refrain that says South Africa is not for sale and it should not be for sale and we should defend it so that no one should think he should own South Africa. South Africa belongs to all of us.” The country must be defended or lost to unprincipled leaders, her statement said.

ANCYL KZN secretary Thanduxolo Sabelo took the podium to chants of “Zuma”. “We want to say without any fear of contradiction that all our comrades in the ANC, especially those whom are seen today in the forefront publicly disagreeing with our organisation, that they should be worried when all of those who have always disagreed with their organisation have endorsed them as leaders today.”

It’s a clumsy statement but meant to say those speaking out are disagreeing with elected leadership. Sabelo said his organisation has no problem with recently fired finance minister Pravin Gordhan, but it fully supports the latest Cabinet reshuffle and Zuma.

ANC KZN chairperson Sihle Zikalala hammered anti-Zuma speakers at previous memorials. He said that “to use the platform of a memorial service or any platform of bereavement to postulate and echo any sense of disagreement is not correct. To use a platform of memorial service to express any divergent view is not humane. It is against the culture of Ubuntu”. It was a direct attempt to call out Gordhan and leaders like Kgalema Motlanthe, the SACP, and Gauteng ANC. Zikalala suggested that if Motlanthe supported Kathrada’s public call for Zuma to step down, he should have raised it internally within the ANC.

Addresses from former minister Pravin Gordhan, who has been subtle but vocal against the president of late, and ANC Treasurer-General Zweli Mkhize, drew the most response from the Youth League. “Comrades, let’s hear each other. It’s my turn to talk, it’s your turn to listen for now. It’s a free country. It’s a free country, but this is not respect. Everybody spoke about unity in the ANC. Where is the unity in the ANC?” Gordhan asked as his speech was interrupted.

Gordhan, who has clearly questioned Zuma’s leadership at other Kathrada memorials, talked of uniting the ANC as the only party to take the country forward. But the ANCYL heckled him when he spoke on dodgy deals. “That’s not unity; unity can’t be based on money,” he said. It appeared he had to finish his address early.

Mkhize, the highest ANC official at the event, was repeatedly interrupted. “I think we need to know that despite all the diverse emotions that we have here, the people that we have here do represent a good cross-section that the African National Congress has created,” he said. “We have been concerned about the tension that was growing in the build-up in preparation to this particular meeting.” The ANCYL continued to sing.

Leaders need to be free to address the gathering, said Mkhize, who last week questioned Zuma’s reshuffle as a sign that the centre of power is shifting away from the ANC. “From that point of view we want to say to you all the issues that have been raised the leadership of the ANC are addressing… What we do today must not be allowed to erode on the support base of the African National Congress; while we are going through all of these issues allow the leadership to deal with these issues as leadership…

“I hope that going forward we will not have the disagreements being expressed in front of all the people while we are dealing with a communication process but even amongst ourselves we must make sure that the young people understand this history that we are celebrating today,” said Mkhize. The ANCYL was singing throughout the treasurer’s address.

Kathrada’s memorials have lit a fire under Zuma’s opponents, and Sunday saw the retaliation. The ANC will elect a new leader in December, and Zuma will come under continued fire. Sunday was the first sign that fights within the ANC will be “lit” this year, as the party continues to fight among itself, and, like on Sunday, disrespects itself to the point of self-destruction. DM