Thokozani Magwaza vs Bathabile Dlamini: A looming battle that might shine a light on social grants debacle 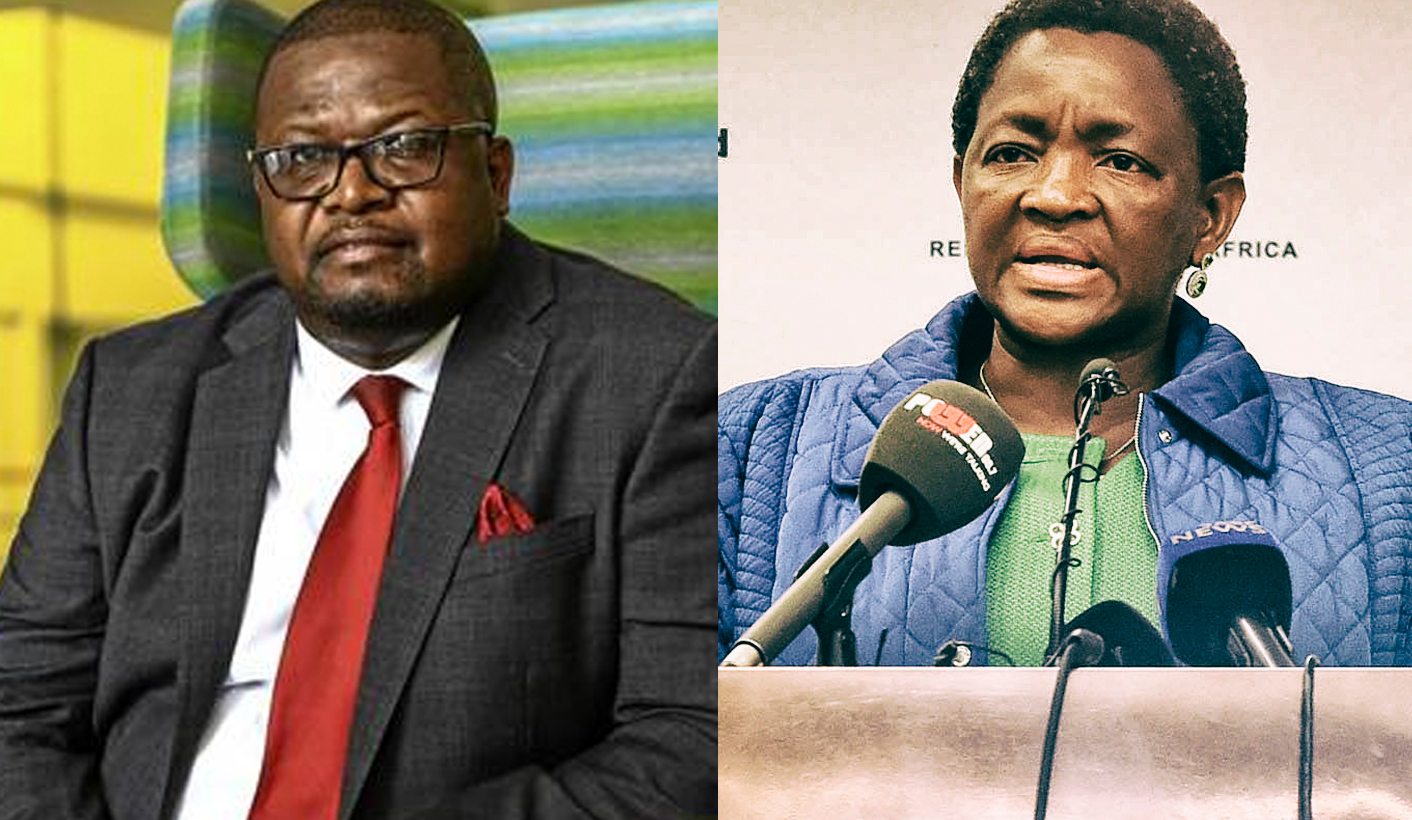 Last week Minister of Social Development Bathabile Dlamini, in responding to a ConCourt order that she file reasons why, as the office-holder responsible for the Sassa/CPS crisis, she should not be personally liable for the considerable legal costs, ditched her legal team, Tim Sukazi Inc. She also blamed Sassa officials for the debacle. Sukazi, who headed one of Dlamini’s costly parallel work streams installed to “guide” Sassa, has now informed Sassa CEO Thokozani Magwaza that he will not be acting as the attorney of record in Magwaza’s attempt to file an affidavit “to reflect the correct version of events”. By MARIANNE THAMM.

That Sassa CEO Thokozani Magwaza is a man under pressure is an understatement. Magwaza has lived with the anxiety (and an insider’s knowledge) of exactly what it is that went down before the Sassa/CPS social grants crisis was narrowly averted at the last minute in March this year when the Black Sash brought an application to the Constitutional Court on the matter.

Since his appointment on November 1, 2016 (a month after Dlamini claimed to have realised for the first time that Sassa would not be able to act as paymaster), Magwaza has been thrust into the eye of a storm involving the lives of 17-million of the country’s most vulnerable citizens who depend on social grants.

However, on November 30, a still chipper Magwaza had told Parliament’s portfolio committee on social development that Sassa would be ready to take over on April 1. In an attempt to ensure this, Magwaza wrote to Post Office CEO Mark Barnes to determine whether the institution might be able to help.

It was a move that reportedly angered Dlamini and matters deteriorated rapidly from there. Soon Magwaza’s body language, when he returned to present to Parliament’s portfolio committee on social development, left no doubt that he was buckling.

At one meeting he sweated profusely, wiping his brow with a white handkerchief. And then, at the end of February, succumbing to the pressure, Magwaza was booked off for two weeks, suffering from high blood pressure, on the day he was due to present to Parliament’s Standing Committee on Public Accounts.

We know now, thanks to Dlamini’s affidavit to the Constitutional Court setting out why she should not be personally liable for legal costs, that the minister has essentially blamed Sassa officials and Magwaza for the crisis. Dlamini appears to have ditched Tim Sukazi Inc as her legal representatives in the matter, replacing them with Harris Nupen Molebatsi Inc. In her court papers, Sukazi was still listed as the attorney of record for Magwaza and Sassa.

On Monday, however, Magwaza approached the Constitutional Court in his personal capacity asking for permission to file an affidavit disputing some of Dlamini’s claims.

In a letter to the court Magwaza wrote, “I perused the affidavit filed by the Minister of the Department of Social Development, and noted that… it contains factors that are inaccurate. With leave of the Honourable Court, I am ready to file an affidavit to reflect the correct version of events and in order to dispel the perceptions that the public may harbour against me”.

The letter also reveals that Magwaza had previously consulted Sukazi on the matter and had attempted to obtain assistance but had been informed by Sukazi that “first, there may be a need for you to separate out concerns that (you) may have in your representative capacity in which you act on behalf of Sassa, and concerns you may have in your personal capacity. If, as you say in your mail… your concerns are that the Minister’s statements relate to your alleged conduct, this would seem to be a matter that concerns you in your personal capacity and not in your representative capacity.”

Sukazi goes on to state that it would be “most unusual” for an attorney to revise the content of an affidavit made by one person on the instructions of another.

“I will certainly raise your concerns with the Minister, but this is something that I think you should discuss when you take legal advice,” wrote Sukazi.

It is unlikely that the court will refuse Magwaza’s request. If the Sassa CEO lists other respondents in the matter, including Treasury’s DG Lungisa Fuzile, the SARB and Dangor, then they too will have to respond and a clearer picture might emerge. DM