Reshuffle Chronicles: Jonas throws in the towel, resigns as MP 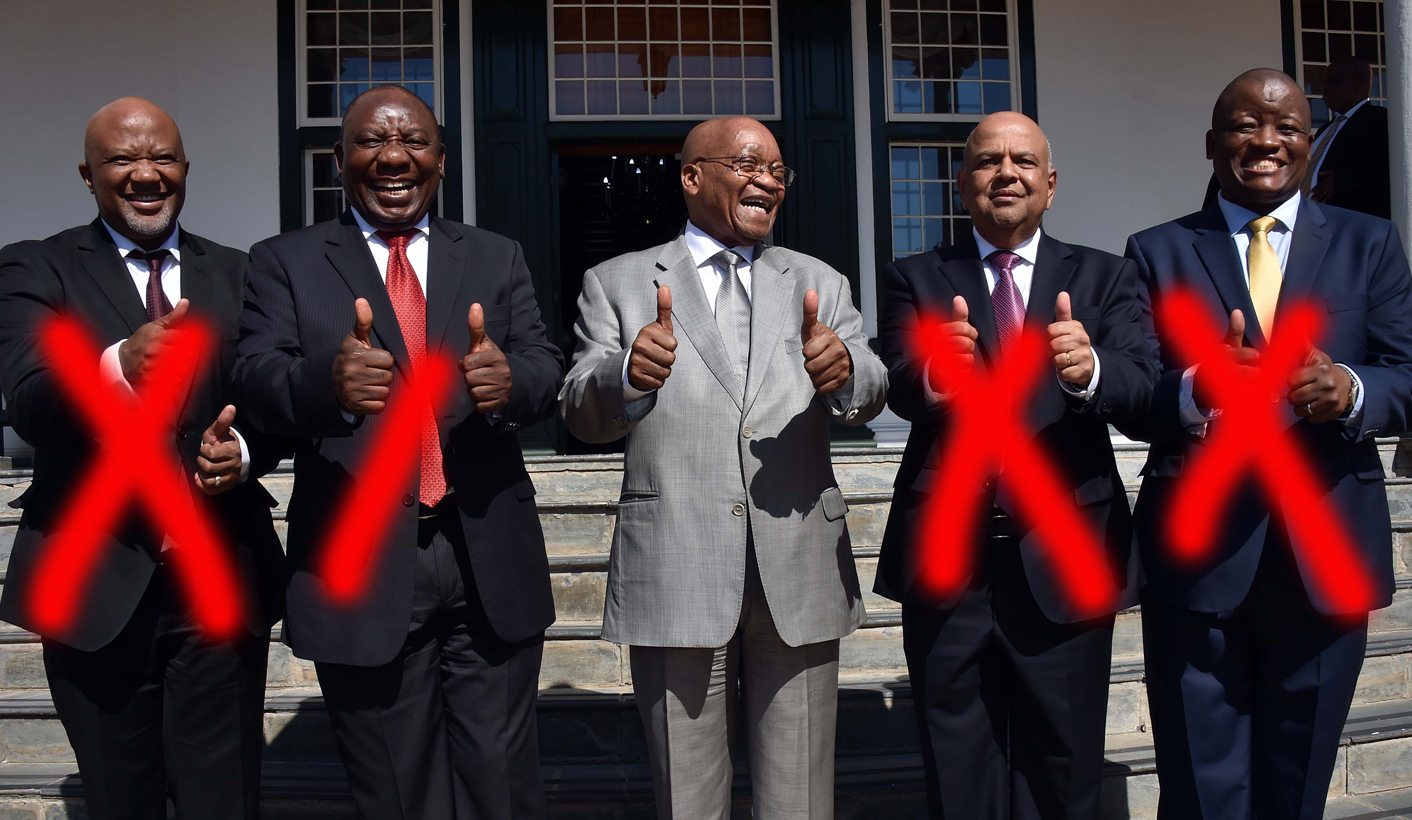 Sacked finance deputy minister Mcebisi Jonas has resigned as MP - and so has former energy minister Tina Joemat-Pettersson. These resignations from the ANC parliamentary caucus announced on Thursday morning follow that of former transport minister Dipuo Peters as the fall-out from last Friday’s midnight reshuffle continues. By MARIANNE MERTEN.

The ANC in Parliament on Thursday confirmed the resignation of Mcebisi Jonas with effect from March 31.

“He has also served the movement and the South African people in various capacities over the years. On behalf of the ANC in Parliament we thank comrade Jonas for his selfless service to the movement as its public representative,” said a brief statement from the Office of the Chief Whip.

“We are confident that he will continue serving the country and our movement in other capacities in future. We wish him well,” it said.

Parliament in a statement has also confirmed Jonas’s resignation. And just hours later issued another two-line statement: “Parliament confirms the resignation of National Assembly member and former Minister of Energy Ms Tina Joemat-Pettersson. The resignation is effective from 31 March.”

The confirmation of Jonas’s resignation as MP came amid rumours on Wednesday night that he would resign. To date former finance minister, Pravin Gordhan and former tourism minister Derek Hanekom have played their cards close to the chest with regards to their future.

The trios’ resignation is the latest fall-out of President Jacob Zuma’s midnight reshuffle last Friday that triggered unprecedented outspokenness from three of the ANC’s top six officials, and resulted in vocal calls for Zuma to resign or be removed coming from ANC veterans, civil society, religious leaders, organised labour, the South African Communist Party (SACP), and expressions of deep misgivings by business. The changes that removed Jonas and Gordhan from the finance portfolio saw the rand plummet and resulted in ratings agency S&P announcing the downgrade of South Africa’s foreign debt.

Jonas addressed the AHI Small Business Chamber in Johannesburg on Wednesday, where he raised concerns about the weakening of institutions. “Dare I suggest that in South Africa, and particularly over the past decade, many of our institutions have been forsaken or deliberately weakened for political expediency, and state transformation has become so politicised that we would be forgiven for thinking that economics is all about political power,” he said.

“And so, returning to the nexus between economics and politics, upholding the social contract and growing the economy and creating jobs is not just about responsible exercise of an electoral mandate to govern at a point in time, but about ensuring that we protect and strengthen state institutions and policies so that they contribute to the conditions of a good life more-or-less neutrally vis-à-vis any political group, social class or indeed group of individuals in power,” he said in that address.

It is unclear what his or Joemat-Pettersson’s future plans would be.

However, Peters, a former Northern Cape premier, indicated she would continue working as an ordinary ANC member.

DA MP and finance spokesperson, David Maynier on Thursday said that while  Jonas had resigned from Parliament, he still had “a vital role” to play in South Africa’s public life. “We can only hope the former deputy-minister will have the courage and energy to fight on against “state capture” in South Africa,” Maynier said.

The resignations from the ANC parliamentary caucus came as the ANC’s extended national working committee (NWC) closed ranks around Zuma’s handling of his reshuffle, pulling back into line the three ANC top officials – Cyril Ramaphosa, Gwede Mantashe and Zweli Mkhize – who had publicly spoken of their opposition and unease. DM