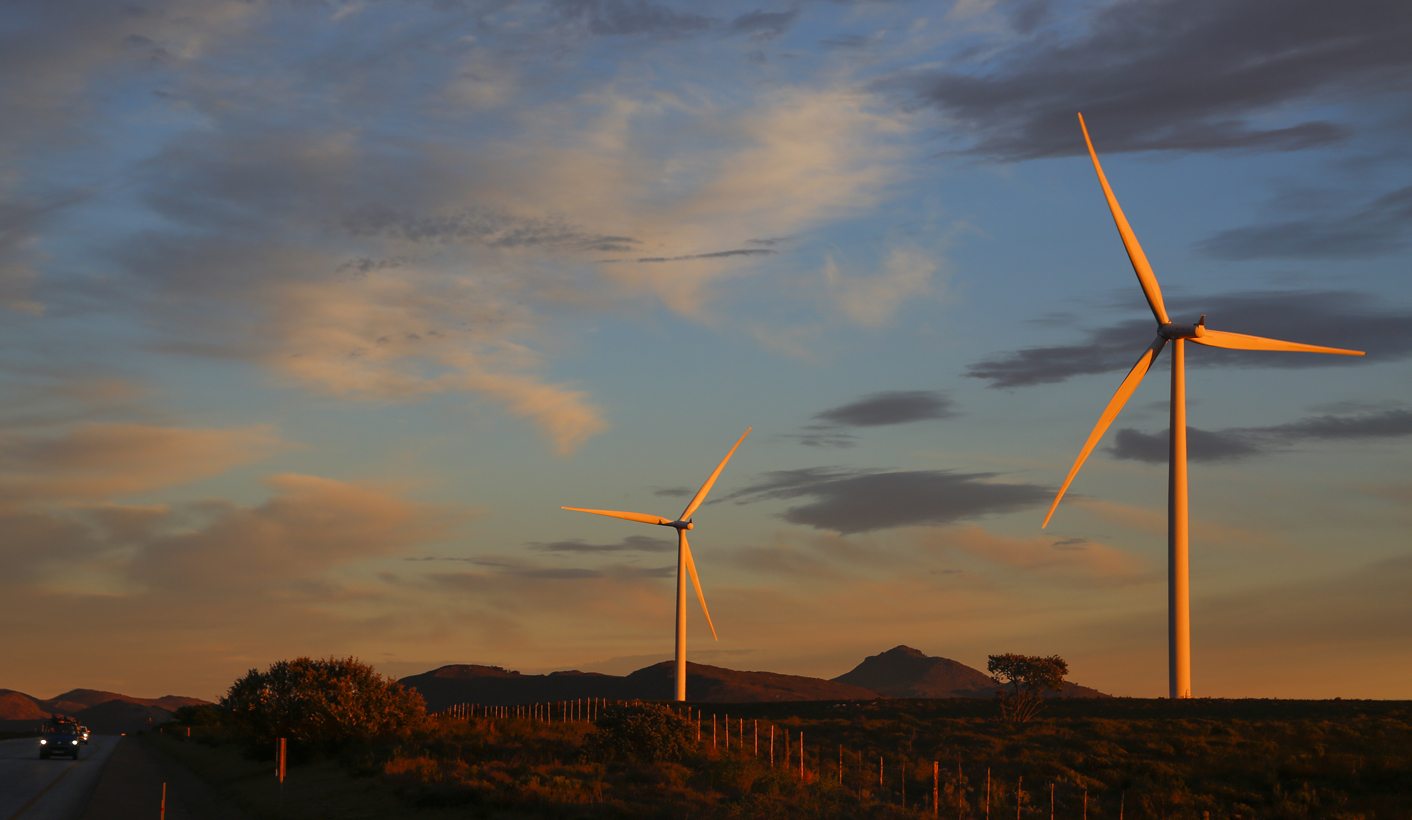 The Department of Energy (DoE) released a draft update (Draft IRP 2016) to its earlier Integrated Resource Plan for Electricity (IRP 2010-2030) in November 2016, and invited comments and input through a public participation process. The deadline for this feedback was 31 March 2017. This review provides a summary of five major submissions made, with links to these submissions. By ROGER LILLEY and CHRIS YELLAND.

The IRP is South Africa’s road map for the country’s future electricity planning. IRP 2010-2030 was promulgated in March 2011 and was intended to be a “living plan” which would be updated regularly to keep it aligned with electricity demand in South Africa, as well as technology and associated pricing developments in the energy sector.

Since the promulgation of the IRP 2010-2030, there has been a significant reduction in South Africa’s electricity demand, as well as massive price reductions in the cost of renewable energy in the form of wind, solar PV and solar CSP. A significant portion of Eskom’s ageing coal-fired fleet will also be decommissioned by 2050.

There has been some progress since the promulgation of IRP 2010-2030 in executing the programmes identified in the plan. Eskom’s Medupi, Kusile and Ingula new-builds have started to come on stream, as well as a number of IPP renewable energy projects. In addition, a number of ministerial determinations have been issued, which include new renewable energy, nuclear, coal and gas.

The base case considered in the DoE’s Draft IRP 2016 report starts with the base case of IRP 2010-2030, with an optimisation of the model used and including some updating of economic assumptions and input parameters. A number of government policy positions imposed in the IRP 2010-2030 are maintained, such as the annual build constraints for new capacity for wind (1,600 MW a year) and PV (1,000 MW a year) as well as CO2 and particulate emissions constraints. This means that in any given year the optimisation model is not allowed to include the building of more than the stipulated amount of wind and solar PV.

A detailed critique by EE Publishers investigative editor Chris Yelland of the approach taken in the draft IRP 2016 is given here.

The submission by the Council for Scientific and Industrial Research (CSIR) is a comprehensive alternative IRP to the DoE’s Draft IRP 2016, using an unconstrained, least-cost approach for the base case, together with a number of alternative scenarios. The base case and each scenario modelled considers outputs such as cost, CO2 emissions, water usage and jobs created, to  analyse the various options and determine the optimal energy mix to 2050.

In doing so, the CSIR’s IRP study used pessimistic assumptions for new technologies and optimistic ones for established technologies to avoid any undue criticism. Even so, the CSIR findings are that the least cost option for any new investment in the power sector is a blend of solar PV, wind and flexible power (e.g. gas, CSP, hydro, biogas), with no nuclear power. The CSIR also finds that there is no technical limitation to solar PV and wind penetration over the planning horizon until 2050, and that a 70% or more renewable energy share by 2050 is cost optimal.

The CSIR concludes that the least-cost scenario is not only the the cheapest, but it also it provides lower CO2 emissions, consumes less water, and creates more employment opportunities in the electricity sector than the Draft IRP 2016 base case and carbon budget scenarios.

The CSIR also provided a detailed presentation comprising a wealth of important information in a more digestible format.

The submission by the South African Renewable Energy Council (SAREC) says the IRP process should be a purely techno-economic exercise that provides rational input into the policy debate. SAREC points out that the least-cost, unconstrained scenario of the IRP should always be the default base-case scenario, against which the cost of all other policy-adjusted scenarios are measured and evaluated. However, this was not done in the Draft IRP 2016.

SAREC also complains that in all the Draft IRP 2016 scenarios, artificial annual constraints have been imposed on both solar PV and wind power without any rational explanation. SAREC further notes that no apparent consideration was given in the Draft IRP 2016 to the extensive potential contributions that can be made by embedded, distributed power generation, such as roof-top solar PV.

The submission by the Nuclear Industry Association of South Africa (NIASA) points out contradictions between the DoE’s Draft Integrated Energy Plan (Draft IEP 2016) and its Draft Integrated Resource Plan for Electricity (Draft IRP 2016) in respect of the costing of externalities of coal used. NIASA suggests that correcting the coal externality costs in Draft IRP 2016 would bring first nuclear power in South Africa forward from 2037 (as per the Draft IRP 2016 base case) to 2025. In light of its national importance, NIASA bemoans the underfunding of the IEP and IRP projects by the DoE, and suggests those that produced them are “perhaps overworked and underfunded” which “hampers good research”.

The NIASA submission does not challenge the unrealistic price of R0.85/kWh for solar PV and wind energy used in Draft IRP 2016, as compared to the actual price of around R0.62/kWh for solar PV and wind energy bid in the DoE’s REIPPP Bid Window 4 expedited round. Nor does the NIASA submission challenge the constraints on the deployment of wind and solar PV generation capacity in Draft IRP 2016.

Both of these assumptions form the very basis upon which commissioning of first new-nuclear power by 2037, and a total of 20,3 GW by 2050, is premised in the Draft IRP 2016 base case.

The submission by the Energy Intensive User Group (EIUG) says proven cost and time overruns, stringent safety requirements, a lack of a national capacity to manage large-build projects and the inflexibility of large nuclear power projects need to be properly considered in the planning of any future nuclear build programme.

Given a growing surplus in generation capacity, with additional energy coming online from committed Eskom and IPP projects, as well as slow economic growth and severely reduced industrial demand for electricity, South Africa should rather focus on stimulating economic growth, and delay high-risk decisions on construction of large, centralised, base-load, power generation plants.

The EIUG believes that should the trends of weak economic growth, rising electricity prices, weak international commodity markets, reducing energy intensity and declining electricity demand continue, it is unlikely that the national electricity energy demand in South Africa, which is still below 2007 levels, will grow anywhere near the rate forecasted in the Draft IRP 2016.

The EIUG has significantly lower electricity demand growth outlook compared to what it says is the overly optimistic forecast used in the IRP 2016. The EIUG says the price elasticity of industrial demand needs to be understood, and an energy mix providing least cost and lowest risk is required.

The submission by the Centre for Environmental Rights (CER) states that the Draft IRP 2016 runs contrary to the country’s Constitution, in that it continues to rely on coal as an energy source, despite the harmful impacts of coal on human health, climate change and the environment, and despite the social, environmental and economic risks of such reliance. CER further says the Draft IRP 2016 fails to give adequate consideration to the external social and environmental costs of the proposed energy sources, and has unjustifiably constrained and limited the provision for renewable energy in South Africa’s electricity mix.DM

Roger Lilley and Chris Yelland are with EE Publishers.