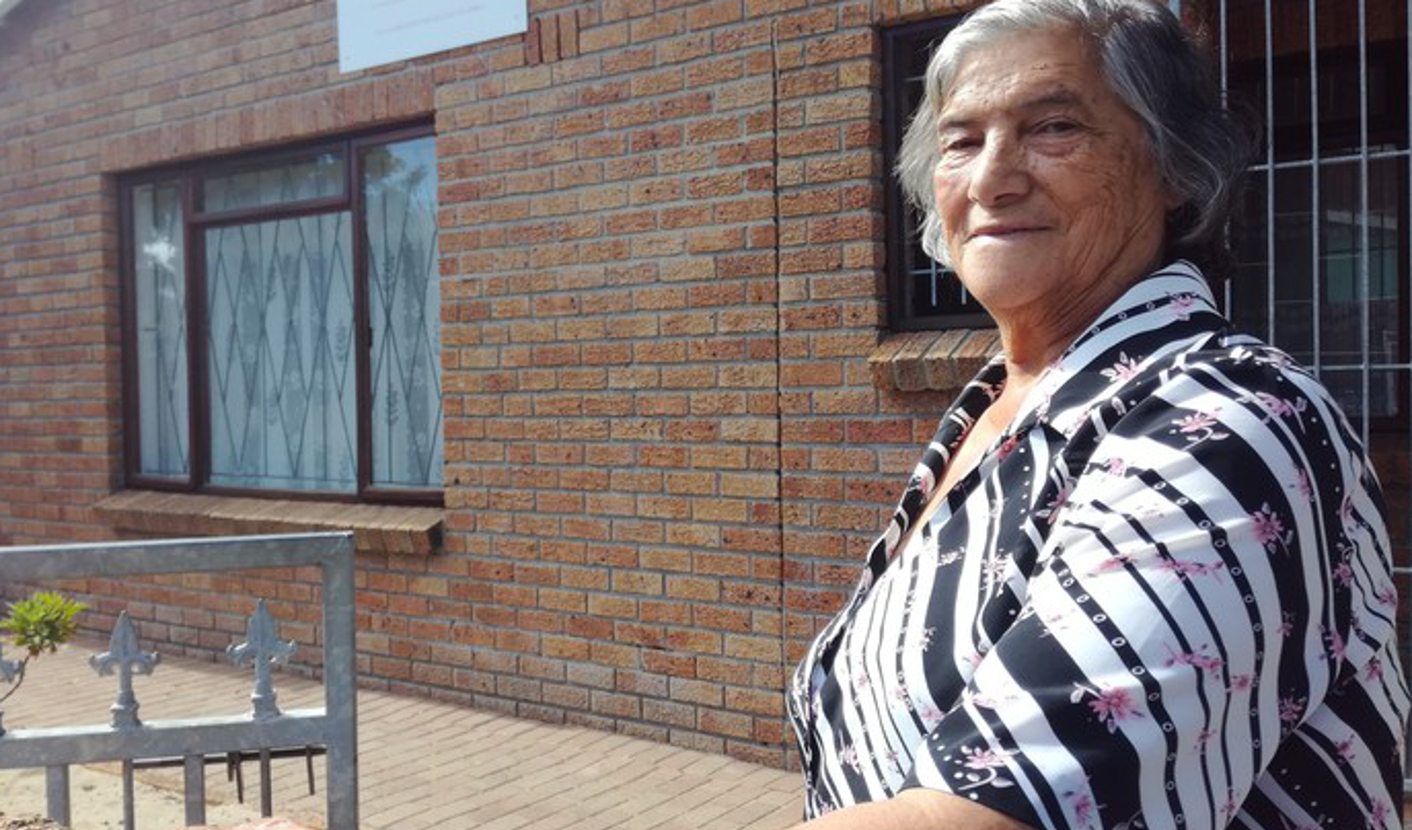 Lily Margaret Lawrence, 80, has, after 20 years of waiting, received an undisclosed compensation fee for land that she and her family were forcibly removed from in Redhill near Simon’s Town. Her family’s land claim of 1998 was lost and they resubmitted the claim in 2001. By Barbara Maregele for GROUNDUP.

Lily Margaret Lawrence and her family were among hundreds of families who were forced to leave their homes and belongings to move to open land on the Cape Flats, demarcated for “non-whites” under the Group Areas Act.

“I was hoping we’d get the land, but what can we do? We must let go,” says Lawrence.

In July 2014, GroundUp spoke to two of Lawrence’s four children, Margaret Constant and George Lawrence, who were preparing to re-submit a land restitution claim on their mother’s behalf. The siblings also recalled the grim experience of moving from the “close-knit community” in Redhill to a block of flats in “sandy” Ocean View in 1970.

GroundUp visited Lawrence, who currently lives in a home for older persons in Ocean View, last Tuesday. Her husband died 17 years ago. She said she spent “a large part” of her life in the Redhill area, first on a farm and then, from 1967, in council cottages in what is now the predominantly white area of Pinehurst. Three years later they were forced to move to Ocean View.

“When we were moved to Ocean View, my brother-in-law came to live with us. We were seven people in a small two-bedroom flat on the second floor. Moving was very sad. It was a traumatic time,” she says.

Lawrence says life in Ocean View “was hard to get used to” as people who were removed from the surrounding Noordhoek areas became their neighbours. “Before, we lived next to family and friends that we grew up with, but the flats were a mixture of people from all backgrounds, which took a lot of getting used to,” she says.

Lawrence laughed as she recalled “battles for the washing lines” as there was never enough space for everyone. She says most of all she missed having her own garden. She says that two of her sisters who submitted claims for Redhill have already been compensated. Her own hopes of getting back the land where she raised her family diminished over time.

Lawrence was the only one in her family to claim for the land. All of her sisters submitted claims for compensation, she says. But she was recently diagnosed with breast cancer and so decided to take the money.

“A few years ago we saw trees being cut down there and found out they want to build a golf course there,” Lawrence says. GroundUp could not independently confirm this.

Lawrence, who has 10 grandchildren and five great grandchildren, says the family often returns to Redhill to celebrate Heritage Day. “I would like to take some of the people from Ocean View to Redhill because a lot of people don’t know about that place. It’s really beautiful up there,” she says.

Vuyani Nkasayi, spokesperson for the Western Cape Rural Development and Land Reform Department says 22 claims were lodged for the Redhill site. He says 18 were settled in 2001, three are still outstanding and one was rejected. No clarity could be provided by the department on why it took so long for Lawrence to be paid.

Mtobeli Mxota, director of Restitution at the The Rural Development and Land Reform Department says that 79,212 claims were settled by 31 December 2016. Of these claims, 66,000 were compensated financially at a cost of R11.66-billion.

Mxota says approximately 3,389,727-hectares of land have been approved for restoration. DM

Photo: Lily Margaret Lawrence has finally received compensation after being removed from Redhill in 1970. She now lives in Ocean View. Photo: Barbara Maregele