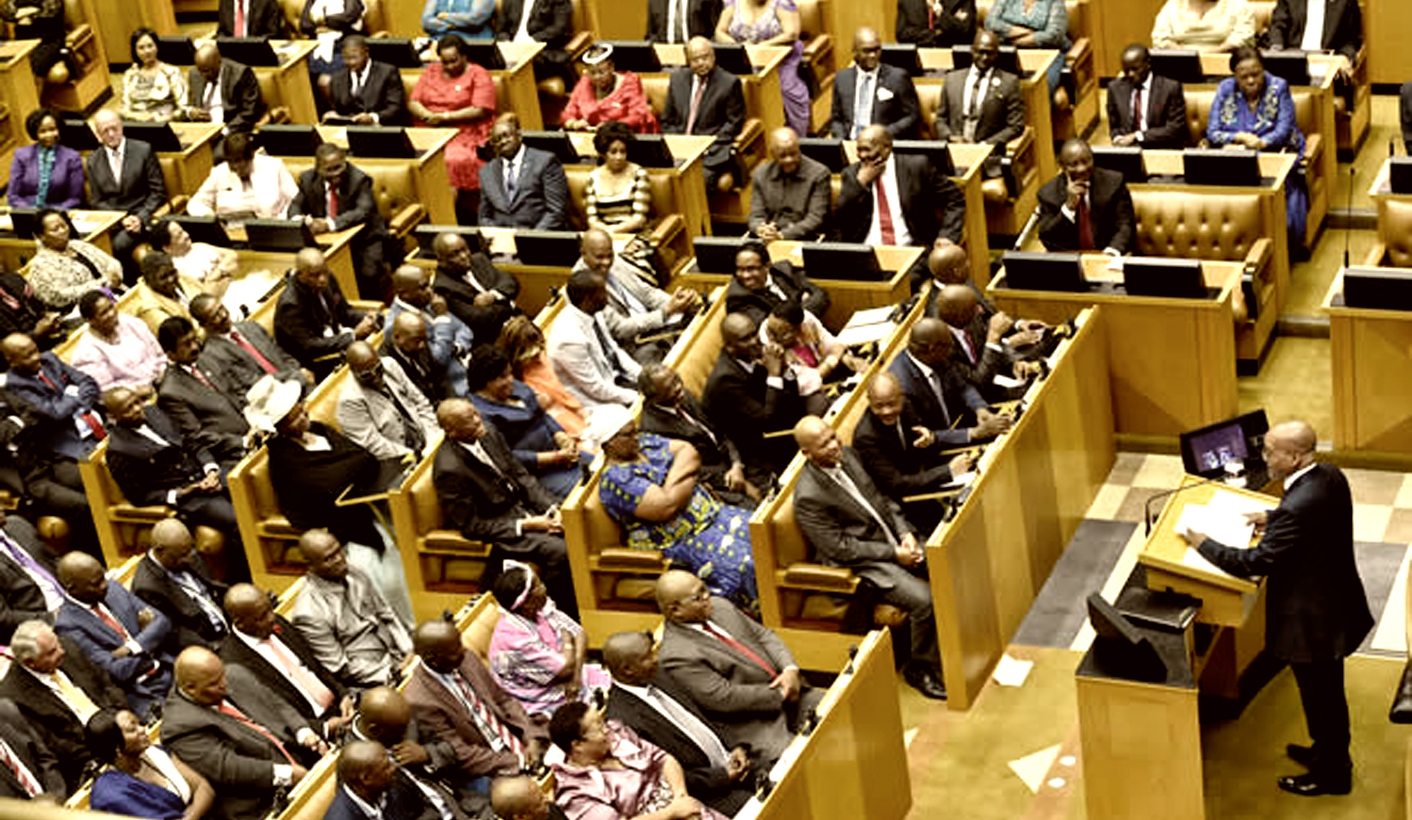 President Jacob Zuma has drawn on Parliament for his latest reshuffle and appointed parliamentary committee chairpersons and ANC MPs into his reconstituted executive. The national legislature has lost three committee chairpersons and four ANC MPs, two of whom occupied the parliamentary benches following their arrival after the May 2014 elections or, in the case of Sfiso Buthelezi, last year. Read more about their career highlights and you’ll realise it is time to be very worried indeed. By MARIANNE MERTEN.

It’s been a longstanding tradition that parliamentary committee chairpersons are often appointed into deputy ministers’ positions. They are named Cabinet ministers less often.

Telecommunications and postal services committee chairperson Mmamoloko Kubayi, who also served a stint as ANC chief whip in 2013, is now Energy Minister. She also was on ad hoc committee on Nkandla in the parliamentary process, which in 2015 ultimately absolved Zuma of any liability over the security upgrades at his rural homestead, a move that was found “inconsistent with the Constitution” and “unlawful” by the Constitutional Court a year ago to this day.

Perhaps unsurprisingly, under the spotlight is the appointment as Deputy Finance Minister of ANC MP Sfiso Buthelezi, who came to Parliament in March 2016 from KwaZulu-Natal amid widespread speculation that he would move to the finance portfolio. Buthelezi served on the finance committee. A former Passenger Rail Agency of South Africa (Prasa) chairperson, he also served Zuma in his days as KwaZulu-Natal economic development MEC.

What is slightly more unusual are Zuma’s other choices from among ANC MPs, including two young and vocal MPs.

New Deputy Communications Minister is Tandi Mahambehlala, who has served on the energy committee since 2014 and on the Nkandla ad hoc committee.

New Deputy Police Minister is Bongani Mkongi, a labour committee member with a controversial track record in public statements. When a #ZumaMustFall banner was put up on a block of flats in central Cape Town last year he posted on Facebook that the inhabitants should burn. He later apologised. More recently during the debate on this year’s State of the Nation Address, Mkongi called DA leader Mmusi Maimane “a white man in a black skin” after dismissing the DA’s debate theme of “lost generation” to describe the challenges of unemployment and access to education by today’s black youth.

When National Assembly Speaker Baleka Mbete, who is also ANC national chairperson, asked him to withdraw the unparliamentary comment, Mkongi retorted: “I would like to make your work easy” and switched to isiXhosa: “uNdlebe zikhanyile onobuso obumnyama”, loosely translated as “a white with a black face”, effectively repeating his initial, now ruled unparliamentary, statement.

Nomathemba November, who has served as an ANC MP since 2012, continues her role in small business development away from that parliamentary committee as Deputy Minister of Small Business Development.

The loss of three committee chairpersons will set in motion a reconfiguration within the parliamentary ANC caucus to fill those vacancies. DM