In photos: High emotions and politically charged remarks as Ahmed Kathrada is laid to rest 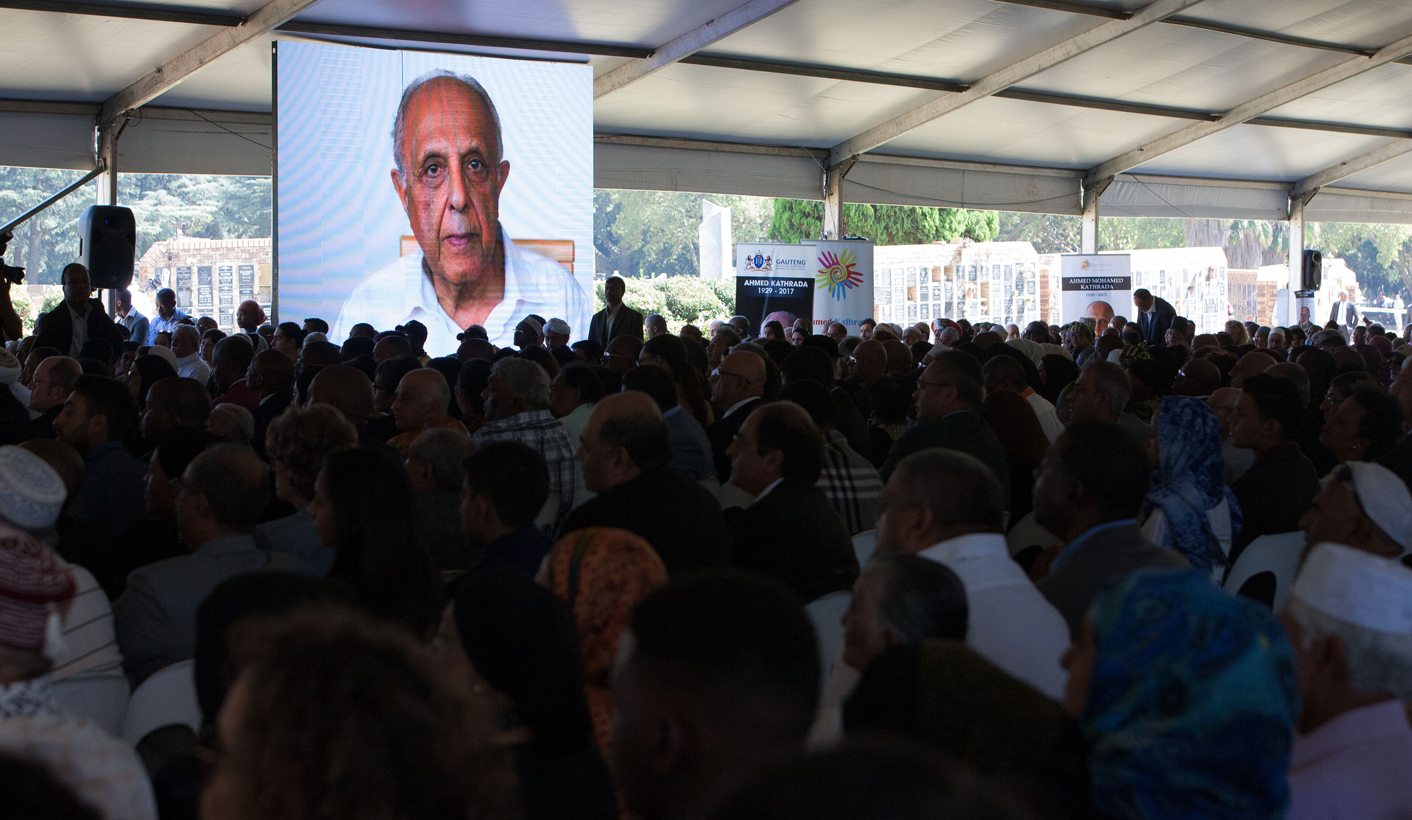 ANC struggle veteran Ahmed Kathrada was laid to rest on Wednesday at Westpark Cemetery in Johannesburg. His funeral was both emotional and politically charged. GREG NICOLSON was there to take the pictures.

Kathrada was one of the ANC’s most senior veterans and his funeral brought together current and former leaders. Blade Nzimande, Mathews Phosa, Ronnie Kasrils, and Jeff Radebe waited to help carry his coffin. (Greg Nicolson)

Kathrada’s coffin was carried into the ceremony at Westpark Cemetery, amid prayers, with hundreds of people crowding around. (Greg Nicolson)

The event was of course political. President Jacob Zuma was requested not to attend by Kathrada’s family and he honoured the request, but Nkosizana Dlamini-Zuma, who is seen as Zuma’s chosen successor in the ANC, attended. (Greg Nicolson)

Kathrada’s passing felt like the end of an era. Few struggle veterans remain from those days, but Andrew Mlangeni and George Bizos, both veterans from Kathrada’s day, attended the funeral. (Greg Nicolson)

SACP General Secretary Blade Nzimande, who has been at odds with Zuma’s government recently, continued the political tone of the event, calling out “parasitic” elements within the Alliance. (Greg Nicolson)

EFF leader Julius Malema sat in the front row for the funeral, next to Winnie Madikizela-Mandela. The pair clearly enjoyed references in speeches critical of Zuma’s government. (Greg Nicolson)

After the speeches, Kathrada’s coffin was carried through a guard of honour towards his grave. (Greg Nicolson)

The coffin was carried through the dense crowd, and in true Kathrada fashion, it didn’t stop to accommodate ministers or former presidents. (Greg Nicolson)

A short prayer service was held before Kathrada was delivered to his final resting place. (Greg Nicolson)

Kathrada, or “Uncle Kathy”, was finally laid to rest at Westpark Cemetery, his body lowered into a grave alongside those of many notable South Africans. (Greg Nicolson) DM

Main photo: The proceedings were broadcast on screens for mourners to view, with many people emotional about the late struggle stalwart’s passing. (Greg Nicolson)