Theatre Review: ‘The Echo of a Noise’ is quietly poignant 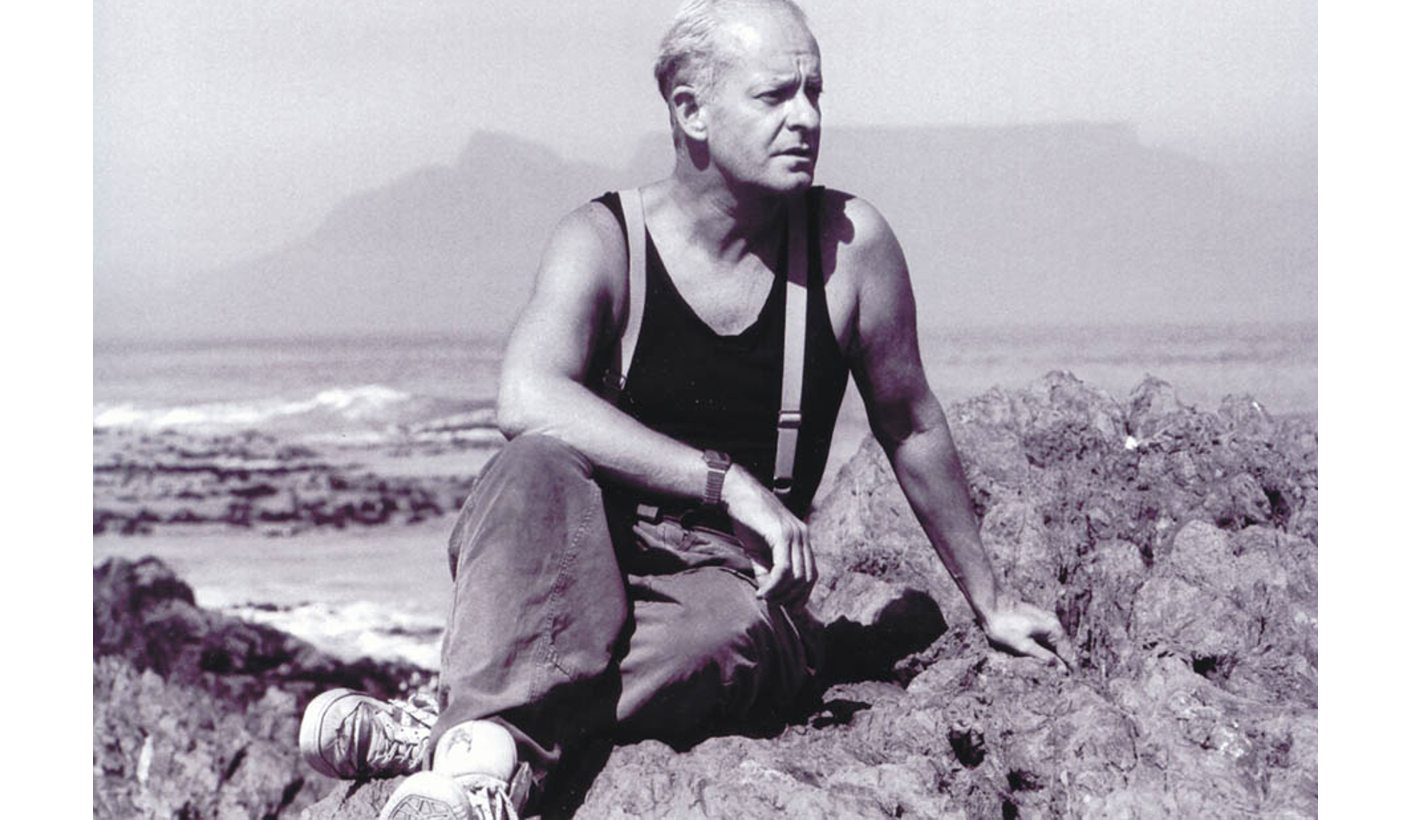 No wigs, no heels, no attempt to be somebody else, just the man and his memoirs for an hour and 40 minutes. Pieter-Dirk Uys' one-man show The Echo of a Noise is his most honest and wonderful performance. By LESLEY STONES.

There are times, when Pieter-Dirk Uys is fluffing around playing his various characters, that I don’t find him terribly entertaining.

This esteemed actor is widely hailed as a national treasure, yet even the grandest monuments grow dusty and fade past their prime. But I was wrong.

Perched on a barstool under a spotlight on an otherwise empty stage, 71-year-old Uys can still hold an audience absolutely mesmerised just by talking.

No wigs, no heels, no attempt to be somebody else, just the man and his memoires for an hour and 40 minutes that passes in a flash. His one-man show The Echo of a Noise is the most honest and wonderful performance I’ve ever seen him give.

He’s dressed all in black — with an elfin face that transforms into a goblin with a wicked smirk — starkly highlighted between the sweatshirt and a beanie. He’s vulnerable, frank and lucid, and the audience serves as his therapist as he rakes over the embers of a lifetime of adventure. He has a deep trough of stories to delve into, and a brilliant flair for taking out each gem and polishing it for presentation.

Uys was born into a musical family and has been performing since he was a weedy soprano. He speaks of his father Hannes, a man whom everybody loved and liked while young Pieter-Dirk was cowed by him. Of his mother, Helga Bassel, who committed suicide one day. He remembers the note she left, all 12 words of it, and talks it through in a factual but poignant and hopefully cathartic way.

The setting is monochrome, but the pictures he paints are full of vivid colour. He talks in rich detail of their Cape Flats cook and cleaner Sannie, a strong influence who showed him a way of life hidden from white suburbia. He makes us laugh with tales of perusing his idol Sophia Loren, and facing down his fears to challenge apartheid.

As a young man Uys became part of the subversive theatrical world determined to defy the rules of segregation. He jokes about the censor board that tried to muzzle him, with its ridiculous rules that even banned a meaningless word he had invented.

He speaks with controlled sorrow of his father’s decline, when peace was made and a lifetime of antagonism smoothed over.

He’s a magnificent raconteur in this small and intimate show, where the audience gets to see the man, not his brash alter-egos of Bambi Kellerman and Evita Bezuidenhout.

Looking back over the evening, there was no mention of love in his life, except for the love of his mother and his fantasy love for Loren. Is there an entire slice of life that Uys has failed to experience or shied away from? Or are there more tales to be told? You may feel like the man has revealed all, but there is still much more to know. DM

The Echo of a Noise runs at Montecasino’s Studio Theatre until April 9, then Cape Town’s Theatre on the Bay from July 4-15.