GroundUp: Silicosis – the shifting sands of compensation for sick miners 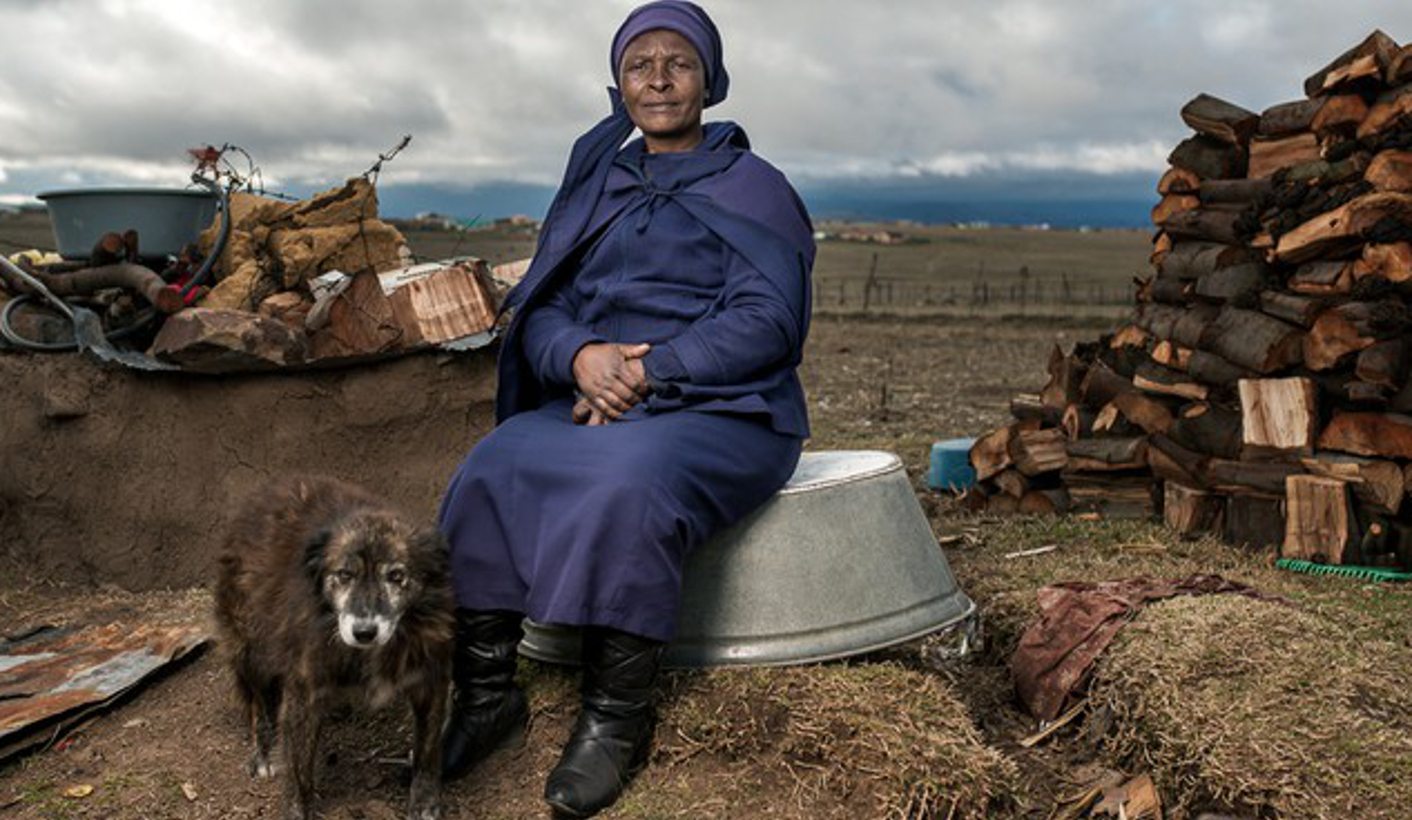 The gold mining industry is trying to move sick miners from the Occupational Diseases in Mines and Works Act to the Compensation for Occupational Injuries and Diseases Act (COIDA). The Department of Labour is handing over the administration of COIDA to the Rand Mutual Association (RMA). Meanwhile, the RMA itself intends to demutualise. But what does this all mean for mine workers with silicosis and TB? By Pete Lewis for GROUNDUP.

In its 2015 annual report, the RMA describes some of the results of a large expansion in its work administering worker benefits under Section 30 of the Compensation for Occupational Injuries and Diseases Act (COIDA), going for the first time outside of its historic boundary fence, the mining industry which owns it.

Since 2015 the RMA has been administering compensation benefits for occupational disease, injury and death to the Metal and Engineering sector under Section 30 of the Compensation for Occupational Injuries and Diseases Act (COIDA).

This follows complaints by the National Union of Metal Workers (Numsa) about interminable delays by the Department of Labour’s Compensation Commissioner’s office in pay-outs of benefits to injured and killed workers and their families, threats of legal action by private hospitals and clinics for non-payment of medical diagnostic and treatment costs, serial unsatisfactory accounting to the parliament’s Portfolio Committee for Labour, and a searing court judgement against the Compensation Commissioner personally for failing to do anything about this disaster. Ducking some of the flak, the Department of Labour outsourced the administration of benefits for metals and engineering sector to the RMA, providing much faster settlement of claims for both workers and medical services.

The RMA is owned by the mining industry and its volume of work had been diminishing in the decade to 2015 as a result of fewer deaths and injuries from accidents in mining.

According to the 2015 annual report, the acquisition of 515,000 metal and engineering workers resulted in an increase of 14% in its staff complement, and its annual premium income from insured employers more than doubled from R1-billion to R2.3-billion, which is not taxed due to its “mutual” status.

In the same annual report, however, the RMA also announced plans to “demutualise” its ownership structure. The mining companies which own it would sell their shares to an unnamed major investor as a non-mutual company, said the RMA.

This could fundamentally alter the business model of the RMA.

That business model has a history which goes back 122 years. In 1894, the mining industry formed the Rand Mutual Association to take care of its liability for “accidental” injuries and deaths from rock falls and other causes.

Meanwhile, silicosis and TB compensation for mineworkers developed through a different and parallel political process. Following catastrophic epidemics of silicosis and TB among gold miners during the “speed-up” in the first decade of the 20th century, the South African state began regulating the industry and creating the highly racially discriminatory compensation system under what we know now as the Occupational Diseases in Mines and Works Act 1973, with its associated machinery, the Medical Bureau for Occupational Diseases, and the Mine Compensation Commissioner, all under the umbrella of the Ministry of Health.

The current class action against the gold industry on behalf of hundreds of thousands of mineworkers living with silicosis and TB is testimony to the utter failure of this joint industry-state system with regard to migrant African workers.

As this state system developed for silico-tuberculosis, the RMA developed insurance cover for the more limited responsibility of all other occupational diseases in mineworkers, such as skin diseases, heat stress and death, hearing loss, and poisoning caused by exposure to toxic gases and vapours.

On the strength of having established the RMA, the mines were exempted from the 1934 Workmen’s Compensation Act (the forerunner of COIDA). Today, only two mutual associations are licensed by the Department of Labour to provide benefits in this way – the RMA and the Federated Employers Mutual Assurance Company, which covers building and construction. Provincial governments are also permitted to have their own compensation system for occupational injury and disease, as long as the benefits are as good as or better than those provided for in COIDA.

The goal of the state compensation system for injury and disease and of the licensing of mutual associations was to clip the wings of the private insurance schemes that had sprung up, and which retained 35% of premiums paid by employers as fees and paid out only 65% in compensation to injured workers or rebates to employers. This ensured an actual benefits to expenses ratio of 54:45 – providing handsome profit for the private insurance companies, and lower benefits for workers. In contrast, as early as 1934, the RMA could show a far better claims:expenses ratio of 91:9.

In the light of this, what would the demutualisation of RMA herald? Why is it being contemplated?

CEO Jay Singh told GroundUp that one of the key reasons was to bring in an empowerment partner.

As a mutual association, he said, ownership was limited to policy holders. Bringing in an outside empowerment partner would breach this requirement, and it would therefore require demutualisation.

Major shareholders in the RMA, who would sell their stake on demutualisation, include the members of the Occupational Lung Disease Working Group (OLDWG) – African Rainbow Minerals, Anglo American, AngloGold Ashanti, Harmony, Goldfields and Sibanye. This group is in discussions with government and unions on a merger of ODIMWA and COIDA in exchange for a settlement of the silicosis/TB class action. This would remove the liability for future mineworker silicosis and TB compensation from the Department of Health to the Department of Labour, through the COIDA Workers’ Compensation Fund.

This fund is not up to date with its financial auditing, being therefore technically insolvent. Instead of fixing this, the Department of Labour is outsourcing its historic responsibility to compensate injured and sick workers to the RMA. It It is therefore possible that the future responsibility for silicosis and TB in mineworkers will also be handed over by the Department of Labour to the RMA, if and when the merger of ODIMWA and COIDA is completed. By that time, it is also possible that the RMA will then likely be a private, for-profit, black-empowered company, providing the diagnostic and other services and benefit administration to sick mineworkers and their families that the Medical Bureau for Occupational Diseases and the Mines Compensation Commissioner, along with the gold industry, have historically and catastrophically failed to provide.

This failure has been every bit as monumental as the failure of the Department of Labour with regard to the Workers’ Compensation Fund .

But then, what of the benefits-to-expenses ratio of the RMA, which led to it winning special status under workers’ compensation legislation as early as 1934, against its for-profit competitors? Will the RMA’s premium income be taxed at corporate rates? Will mining companies be prepared to raise their premiums, or will workers’ benefits for silicosis/TB shrink?

At present there are many more questions than answers for workers in what has been one of the largest, most dangerous and unhealthy production processes in human history – the South African gold mining industry. DM

Photo: From Thom Pierce The Price of Gold: Zwelakhe Dala died on March 30 2015. His death certificate just states that he died of natural causes. He was 55 years old and was suffering from silicosis. He worked on the gold mines for 28 years and received no compensation when he got sick from exposure to the silica dust. “It is too painful. If my husband was not working on the mines, he would still be alive.” says his wife, Nosipho. Mrs Dala raised their five children on her own, for the most part. She is now left with no income except for a small pension.