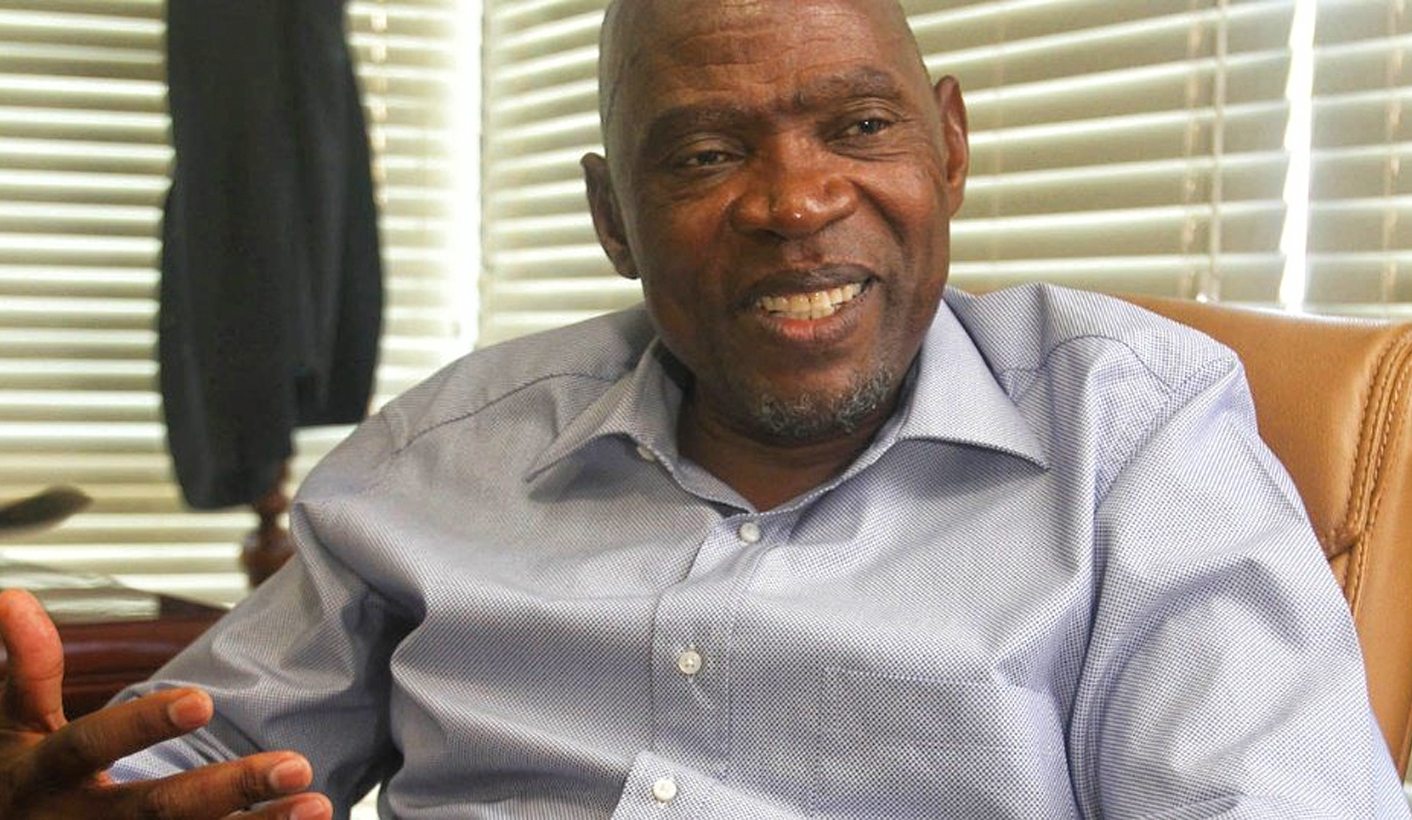 Malawian billionaire Simbi Phiri is at the centre of a new controversy after it emerged that he will be both referee and player in a giant $500-million Malawi government water scheme. By Serah Makondetsa for AMABHUNGANE.

It has emerged that Malawian billionaire Simbi Phiri’s company will assess the “feasibility” of a project from whose construction he stands to benefit – a move seen as a clear conflict of interest.

Major questions have also been raised about whether the project – to pump water from Lake Malawi to the capital Lilongwe – makes financial and technical sense.

The chief executive of the Lilongwe Water Board, Engineer Alfonso Chikuni, told amaBhungane this week that Phiri’s companies, Khato Civils and South Zambezi, had been “identified” and “would carry out feasibility studies, procure and construct” in a turnkey arrangement on the Lilongwe-Salima scheme.

The approach has drawn fire, with critics arguing that it is unusual and involves an inherent conflict because the would-be contractor has an interest in glossing over pitfalls and overstating the feasibility of the work.

Phiri announced in an advertorial in South Africa’s Mail & Guardian in January this year that Khato was “the successful bidder”.

He put the value of the contract at $500-million, although Chikuni said the correct figure was about $396-million.

Although managed by the water board, it has large implications for President Peter Mutharika’s government. Chikuni said the board would raise loan finance on the strength of a government “sovereign guarantee”.

Malawi’s Daily Times reported that the project will commence at the beginning of next month and that construction will run for 24 months.

In the M&G announcement, Phiri said the “ground-breaking scheme” would pump 50-million litres of water a day from Lake Malawi to the Malawian capital along a pipeline more than 130km long.

It would be “a catalyst for growth, as it will not only improve drinking water, sanitation, hygiene and waste water management, (but) will see the growth of industries and the manufacturing sector leading to the growth of new towns”.

A well-informed source who has analysed the contract, but asked to remain anonymous, told amaBhungane that a scheme of this size would normally take two years to prepare.

Pre-feasibility and full feasibility studies should be conducted, as well as environmental and social impact studies, followed by detailed designs that are then made public.

“No investor can put in that kind of money without knowing if a project is feasible and economically sound.”

The source said the design for the project – an engineering, procurement and construction (EPC) turnkey deal – is unusual and incorporates “a built-in conflict of interest”.

“Normally, the pre-feasibility and feasibility studies, and the detailed designs, are done by independent consultants through a tender, while construction is undertaken by the contractor supervised by the consultants who did the designs.

“Because the contractor is always keen to have the project built to make money, he can glorify the feasibility to win approvals for construction. The two should be separated.”

The chairperson of Malawi’s parliamentary committee on natural resources and climate change, Werani Chilenga, complained that the government has not been transparent on the project.

“I cannot say I have heard or know much about it – all we know is that government will give a guarantee to Lilongwe Water Board to borrow money from overseas. As a committee, we are not happy and have many questions,” he said.

Chilenga added that the committee fears the project is not economically viable and will do more harm than good to Malawians.

“Clearly government has upside-down priorities. We have power blackouts because Escom (the power utility) is failing to generate the required power due to low water levels. How do they think they will be able to generate the power needed to pump water from Salima on the lake to Lilongwe? Why should we be pumping water upland?

“This project is very costly and in the end the consumer will pay if the project fails.”

Chilenga said principal secretary in the ministry of agriculture, Erica Maganga, failed to answer the committee’s questions when she appeared before the committee earlier this year.

“Maganga failed to convince us. She did not have a feasibility study or any information regarding any groundwork for the project, and yet Lilongwe Water Board has gone ahead and awarded the contract.

“We were not convinced about why this project should be carried out, bearing in mind the huge sums of money that could be wasted,” he said.

AmaBhungane sent Maganga a detailed set of questions on the Salima-Lilongwe scheme, but she has failed to answer them over a two-week period.

Major questions about the scheme were raised by one of Malawi’s foremost water experts, Kenneth Wiyo in two articles published in The Nation newspaper last month.

Wiyo, associate professor at the Lilongwe University of Agriculture and Natural Resources, also emphasised that there has been no feasibility or pre-feasibility studies, or formal assessment of the possible impact on the environment and communities whose land will be crossed by the pipeline.

The president of the Malawi Institution of Engineers, David Mzandu, said the project is technically possible, but added: “I cannot invest my money in something where I am not sure if I will get returns. If you are going to invest, you must know the economic viability.

“I am sure government is aware that such a huge project requires a feasibility study.”

The director of water services in the agriculture ministry, Steve Mwanza, said he could not comment on the project.

“My office has no information about that project. Ask Lilongwe Water Board,” he said.

The water board’s Chikuni confirmed that the board had signed an agreement with Khato Civils “subject to a couple of conditions precedent to effectiveness. Government arms have been consulted in the process”.

He confirmed that the contractor will finance the project in terms of a government sovereign guarantee.

He said six companies participated in a restricted tendering method of procurement, where contractors were selected based on technical experience on similar assignments carried out in Malawi or internationally, as well as on their reputation.

The other bidders were the Sinohydro Corporation Ltd of China, PW Engineering of the United Kingdom, Mota Engil of Portugal, China Railway Engineering No. 21 and the Italian company, CMC di Ravenna.

Khato and South Zambezi also operate in Botswana and South Africa, and Phiri recently made headlines after being found to be carrying $7.8-million in cash, which he had under-declared when crossing the border.

The money was provisionally seized as possible evidence of money-laundering, but was returned to him after he approached the Gaborone High Court.

The City Press reported last year that Khato Civils was paid R170-million for the emergency refurbishment of Giyani’s water and waste water plants, but that 18 months later “there was still little water to be had in Giyani’s pipes”.

Phiri told the newspaper although Giyani still had water problems, the situation had improved dramatically.

Visit to SA by Malawian journalists

Simbi Phiri and his spokesperson, Taonga Botolo, declined to answer amaBhungane’s detailed questions about the Salima-Lilongwe water project, despite several telephonic and emailed attempts to obtain a response.

But Phiri did accommodate other journalists, inviting about 10 Malawian media workers on a six-day free trip to South Africa last week to inspect Khato Civils projects in the country.

The journalists arrived on Sunday March 12 and were due to leave on Saturday March 18.

While in South Africa the journalists visited Giyani in Limpopo, where Khato Civils was paid R170-million for the emergency refurbishment of the Giyani water and waste water plants.

Botolo was sent emailed questions about Salima-Lilongwe on March 9. In a subsequent phone exchange, he invited an amaBhungane reporter to meet him in Johannesburg during his trip, when he would answer the questions.

When the reporter met him at OR Tambo Airport, he said he would answer some of the questions by email but needed to consult on others. He said he would call.

Despite two reminders, no email or telephonic response to the questions was received. DM