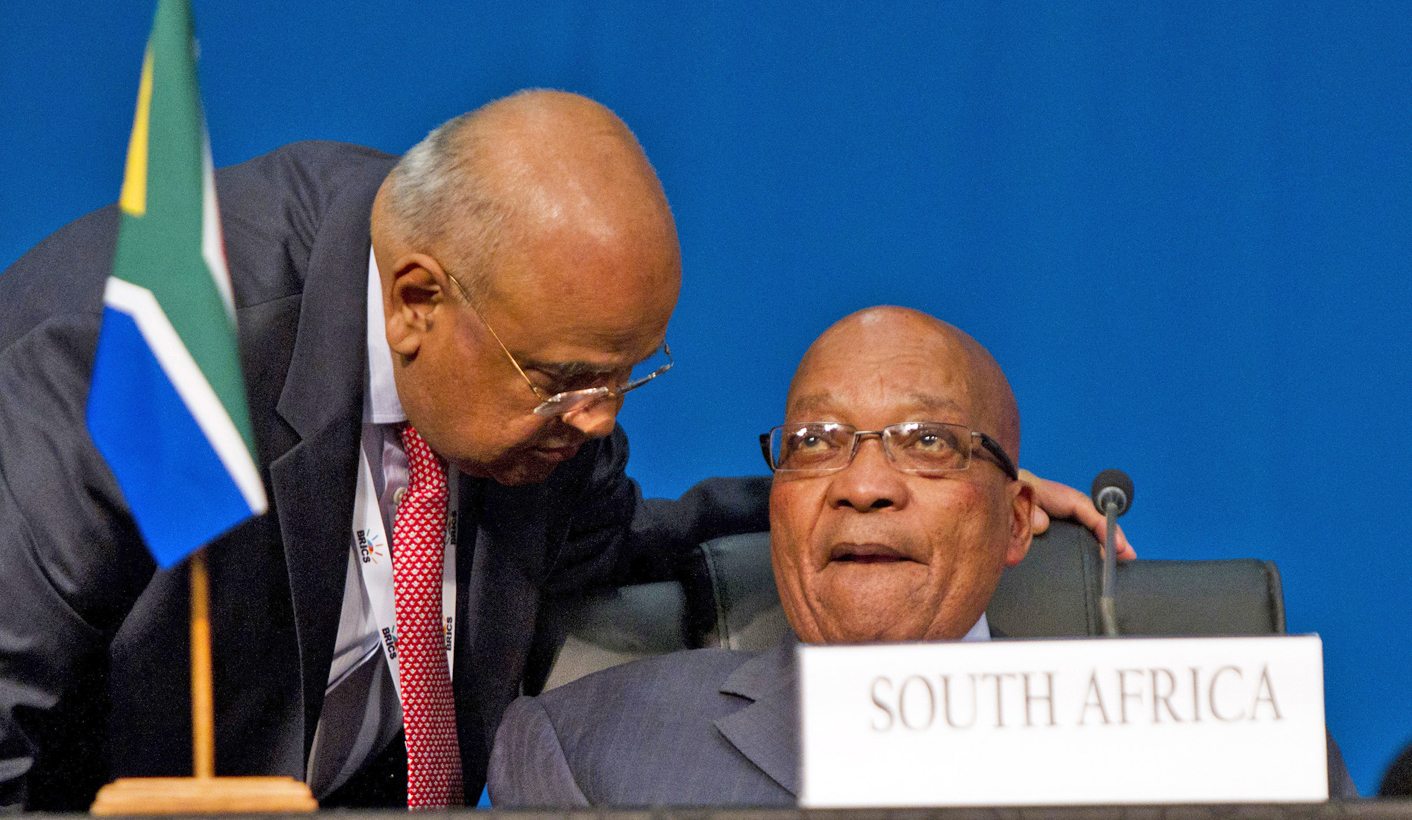 The ink on the statement released by President Jacob Zuma confirming that he had instructed the Minister of Finance, Pravin Gordhan and his Deputy, Mcebisi Jonas to cut short their investor-relation visits to the UK and USA, had hardly dried when the first effects were felt on the Rand. By JILLIAN GREEN.

As the news broke the Rand reversed gains of as much as 1 percent to trade 1.8 percent lower against the dollar, Bloomberg’s Market report indicated adding that before Monday, the rand had led gains by developing nations, advancing 11 percent against the dollar. It traded at 12.7432 per dollar as of 3:06 pm in London.

Economist Dawie Roodt said, the bond market weakened by 25 basis points as a result of Zuma’s instruction. “This is extremely significant…it’s an indication of foreigners selling out of South Africa,” he said.

Gordhan and Jonas were leading an international investor roadshow as part of efforts by government, in partnership with business and labour, to woo investors back to the country after the firing of former finance minister Nhlanhla Nene and jitters by ratings agencies caused economic instability.

On Monday, Reuters and Business Day reported that Gordhan was not given permission for the trip and that’s why he was suddenly recalled.

But according to Daily Maverick sources, the trip, which the Treasury announced last week, had originally been sanctioned by the presidency with the department receiving written authorisation to embark on it.

Now fears are growing that Zuma is about to reshuffle his cabinet following months of speculation that Gordhan is about to be fired in favour of former Eskom boss, Brian Molefe. Zuma and Gordhan have been at loggerheads over the management of state companies and SARS.

Roodt said that if a reshuffle occurred and anyone except Jonas or Nene were made finance minister the country can expect a downgrade.

“I don’t think the rating agencies are going to give us a second chance…this will be bad for ordinary South Africans. Already the weakening of the rand is going to have an impact on the cost of petrol. We were expecting a significant drop in the price of petrol next month but thanks to the impact of this instruction that drop will not be as great,” he said.

Condemnation of the pair’s recall has been swift.

The Save South Africa campaign said it believed that Zuma was acting with “unbridled recklessness”.

“The effect on the Rand in the aftermath of the President’s announcement constitutes a form of economic sabotage. A rapidly depreciating rand has a massive impact on the South African economy, and its ability to effect economic transformation, whether radical or not. The ultimate victims will be the poor, and Zuma must be held accountable for his style of politics.

“It is clear that he has no concern for South Africa, its image abroad, or the people who will suffer the consequences. Parliament should summon the President to explain and account for his actions,” a statement from the organisation read.

Save South Africa believes that if Zuma reshuffles his Cabinet “it will be clear that what we are really seeing is the final, desperate push in the state capture project.”

The organisation called on South Africans “not to take this lying down” and to unite in opposition.

“Clearly, Zuma and his cohorts can no longer wait to get their hands on the public purse. Access to the state kitty, through the front door of National Treasury, is more important to them than the national interest. They want to loot, and loot with increased haste, while they still can,” it said.

Speaking at a media briefing following a National Executive Committee meeting of the ANC at the weekend, Secretary-General Gwede Mantashe said:

“It appears, at best, calculated to humiliate the minister or, at worst, to suggest that the minister is about to be fired in a cabinet reshuffle,” it said, adding that whatever the case, the instruction “could not not have come at a worse time” as the minister battles to restore investor confidence among international investors.

The party called on Zuma to provide a public explanation for his instruction.

The Congress of the People said Zuma had  “stooped very low, once again” saying his instruction was “without any justification”.

“At a time when the government needs to assure the international financial community of our attractiveness as an investment destination, we have a so-called President who acts contrary to the interests of the country,” said the party’s national chairperson, Pakes Dikgetsi.

In a statement, the Institute of Race Relations said its analysts believed the move to be “a political power play by factions with the ANC aligned with the president, and what is loosely described as the Eastern Bloc of that party”.

“The move is designed to publicly humiliate and weaken the so-called Western Bloc of the ruling party that is aligned with the Deputy President and the Minister of Finance. Depending on how markets react to the power play, it could be a precursor to the axing of the minister of finance and a broader cabinet reshuffle. Should such a reshuffle occur in favour of the Eastern Bloc of the ANC, this may lead to significant swings in government policy on investment protection, property rights and fiscal prudence,” it said. DM