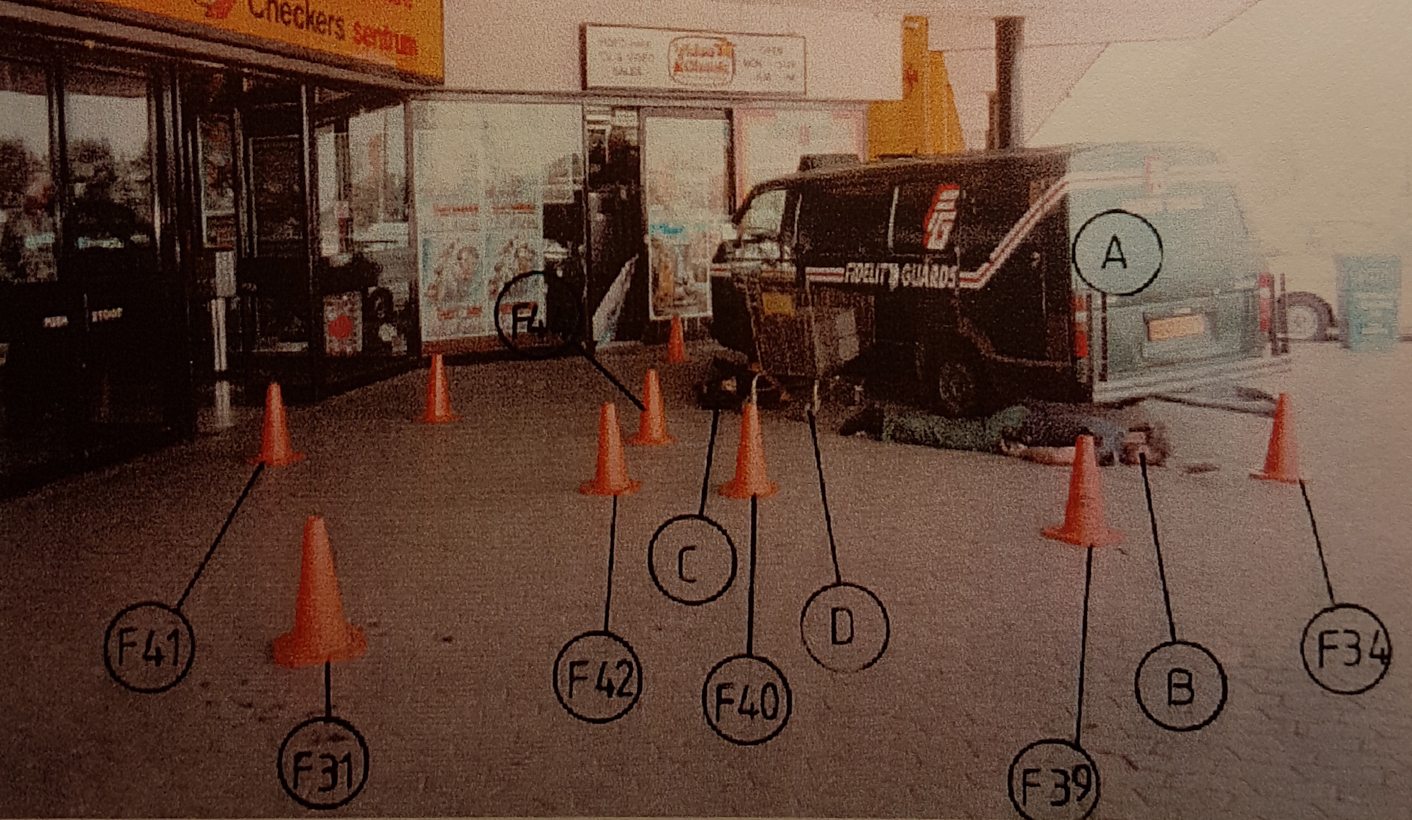 The third episode of “Alibi”, the radio series and podcast which investigates a single criminal case over eight weeks, goes down to Vereeniging to visit the scene of the crime. The crime, an early morning cash-in-transit robbery at a Checkers supermarket, resulted in the murder of two security guards. “Alibi” tackles the question: Is Anthony de Vries  innocent, as he claims, or guilty of these crimes for which he was convicted in 1998? By PAUL McNALLY.

More than 20 years have passed since two security guards were shot and killed outside a video store at the Checkers Hyper Arcon Park Shopping Centre in Vereeniging, but little has changed.

The Video Check in the grainy crime scene photographs is now a fish and chip shop while modern-day security guards and their new protocols would make the 1994 ambush that happened with AK-47s a bit harder to orchestrate.

When I was first put in contact with Anthony in 2015 he had served 17 years and appealed to me in investigate his case as a possible wrongful conviction.

This investigation has taken me to the Checkers robbery and murder scene to look for traces of evidence that Anthony had been there in 1994. The crime happened in broad daylight surrounded by witnesses doing their weekly shop.

The shoot-out happened in front of the video store, piercing the glass beside posters for Sylvester Stallone’s dodgy mid-nineties movie Cliffhanger. The clerk working that day at Video Check had to duck down behind the counter as the shots were fired. The owner, for years afterwards, used posters for each month’s new releases to cover up the bullet holes so they were concealed from customers.

In the third episode of Alibi we interrogate what bystanders really saw on the day of the murders (the first two episodes are still on soundcloud and iTunes for you to catch up). And this is the curious truth behind the series: we have a man burdened with the sole conviction for a crime that could only be possible if helmed by a gang and we were struggling to find evidence of him being anywhere near the scene of the crime. DM

Photo: The scene as depicted by the SAPS crime scene photographer