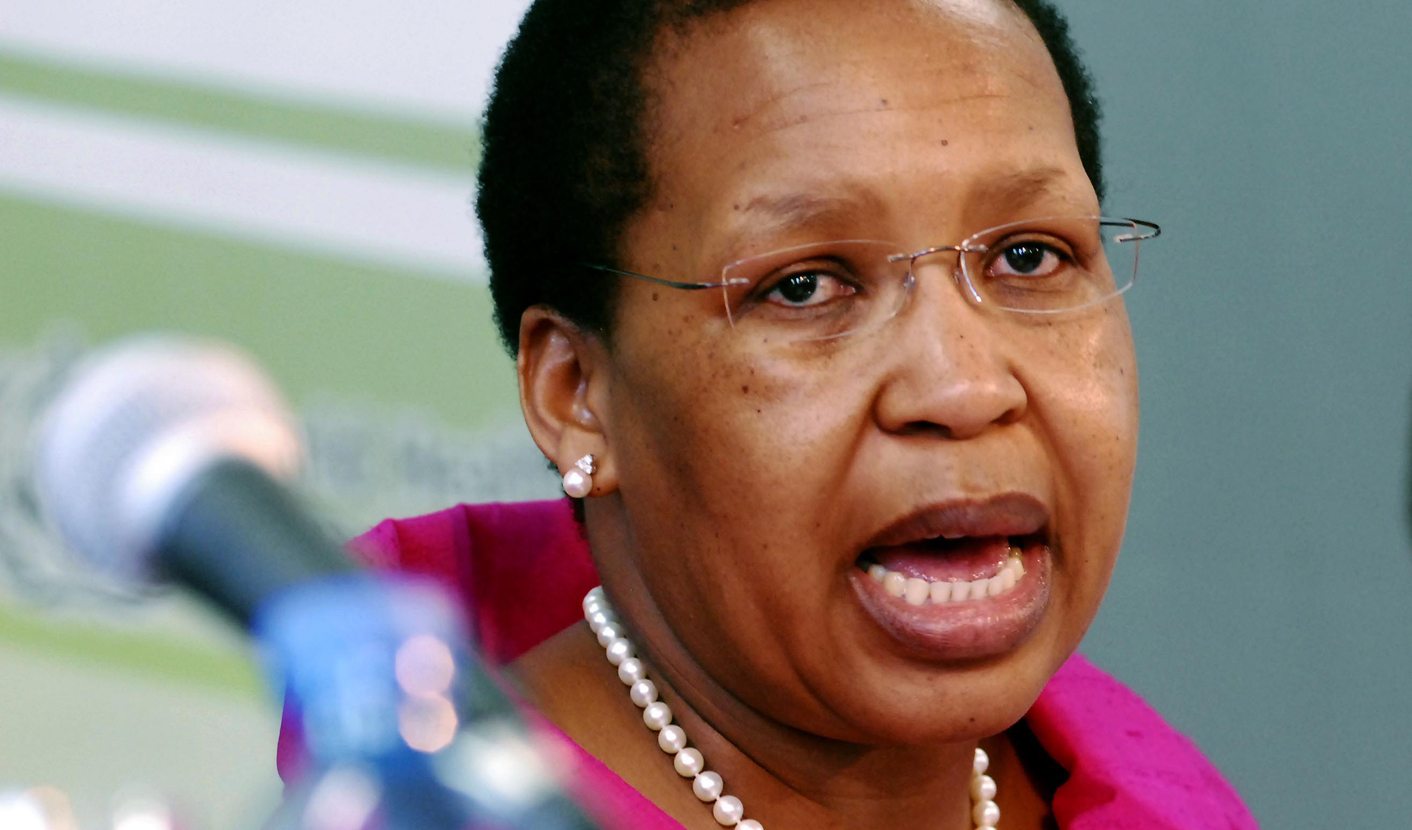 Former Gauteng Health MEC Qedani Mahlangu said patients were being moved from Life Esidimeni to save costs. The health ombudsman dismissed the argument. A report, commissioned by the provincial health department in 2015, shows just how dangerous Mahlangu’s cost-saving plan was. By GREG NICOLSON.

Former Gauteng Health MEC Qedani Mahlangu repeatedly claimed that moving mental illness patients from Life Esidimeni was necessary to save the health department money. In her 2015/16 budget speech, the MEC said the department aimed to save and generate revenue of R1-billion, which would be directed to essential services. “Cost-containment” initiatives would include reviewing outsourced services such as the decades-long contract with Life Esidimeni.

Explaining the decision in October 2016, Mahlangu said that in 2014/15 the department paid R323-million to Life Esidimeni to treat around 2,378 patients. “It is important to note that the department cannot afford this, the budget allocation which was previously utilised on the said facility will be reprioritised accordingly.”

In 2016, the Gauteng department cancelled the contract and sent 1,371 patients to NGOs. They were transferred like cattle to NGOs with neither the experience, skills, licences nor funds to provide adequate care. Over 100 patients have since died and in his investigation Health Ombudsman Professor Malegapuru Makgoba was extremely critical of the department’s leadership.

A report released on Wednesday shows how the department ignored information it commissioned in 2015 when it was told Life Esidimeni provided reasonably-priced care. “In general, the service provided by Life Esidimeni is good value for money,” said a report compiled by the Health Advance Institute (HAI) and authored by Dr Reginald John Broekmann, Danie Pretorius and Micah Katuruza.

HAI created a model to predict costs for treating the patients and found Life Esidimeni’s facilities were on average 22.6% cheaper than predicted. In the year assessed, Life Esidimeni’s facilities earned a 13.8% profit on turnover. That’s significantly less than profits on investments listed on other Johannesburg Stock Exchange health portfolios, which on average increased 28%.

The report found Life Esidimeni was probably able to provide care at a lower-than-predicted cost “due to a combination of low infrastructure costs, large number of patients per unit, patients treated in groups rather than individually, below expected staffing levels and efficient management.” It said the healthcare provider, in general, met the terms of its service level agreement. HAI also made recommendations on areas for improvement. The report cost government R410,000 and was submitted in May 2015.

A month later, the South African Society of Psychiatrists warned the MEC and other health officials of the consequences of moving patients out of Life Esidimeni. The warnings were followed by engagements and litigation by patients’ relatives and other civil society groups. Mahlangu continued to claim Esidimeni was too expensive. She also claimed to be following a national policy commitment to deinstitutionalisation, which was only meant to come into effect in future years.

“This report undermines the claim by former Gauteng Health MEC Qedani Mahlangu that Life Esidimeni was overcharging and that the contract was terminated because of high cost,” said the DA’s Jack Bloom. “It is further evidence of gross negligence by Mahlangu and senior officials that should lead to a conviction of culpable homicide in a court of law.”

In his report, Professor Makgoba questioned the department’s arguments regarding cost reduction. Government psychiatric hospitals cost well over R1,000 per day per patient, while Esidimeni cost R320. The health department planned to pay NGOs R112 per patient per day. “This surely must represent a serious form of neglect and denial of quality healthcare to one of the most vulnerable populations of our society,” said the ombudsman.

Nomatter Ndebele from Section27, which represents the Life Esidimeni family committee, on Thursday noted the health department’s two justifications for terminating the contract with the heathcare provider – deinstitutionalisation and budget constraints. The ombudsman rejected claims that the department was following policy and the health minister and the HAI report showed that “a lack of funds was never a valid reason for the Gauteng department of health’s actions”, she said.

The department on Thursday didn’t answer questions regarding the HAI report, but the head of the province’s rapid response team, Johanna More, provided an update on efforts to move patients out of NGOs. She said 158 patients have been moved – 135 to Selby Park Hospital and 23 to Life Esidimeni. That leaves around 650 patients still in NGOs waiting to be transferred. “We work closely with the family committee and as such we have been able to notify families,” said More. She couldn’t provide further information on the patient who died in the Kalafong Hospital on Friday, but said, “We can assure you the patients are receiving quality care.”

The health ombudsman said his recommendations should be implemented within 45 days, which will be up this week. National department of health spokesperson Joe Maila said while it will be difficult to achieve the targets, especially in moving patients out of NGOs, “We’ve all the time been working to make sure we respond to everything the ombudsman recommended.”

Maila noted the tribunal established by Minister Aaron Motsoaledi to process the appeals to the suspensions resulting from the Life Esidemeni disaster. Mahlangu resigned before the ombudsman’s report was released, but eight senior officials have been suspended and a number have launched appeals. Former High Court judge president Bernard Ngoepe will head the tribunal and will be assisted by two healthcare professionals. Discussions are ongoing on one of the ombudsman’s key recommendations – establishing an alternative dispute resolution process, which would include compensation.

Section27 said it was worried officials could escape criminal accountability. “We are highly concerned regarding the apparent failure of the South African Police Service to fulfil its obligation to investigate the many criminal activities implicated in the report,” said Ndebele. “We have moreover been working with families for over a year to request SAPS to investigate deaths and perform post-mortems. We appeal to the SAPS to urgently step forward and fulfil its obligations.” DM