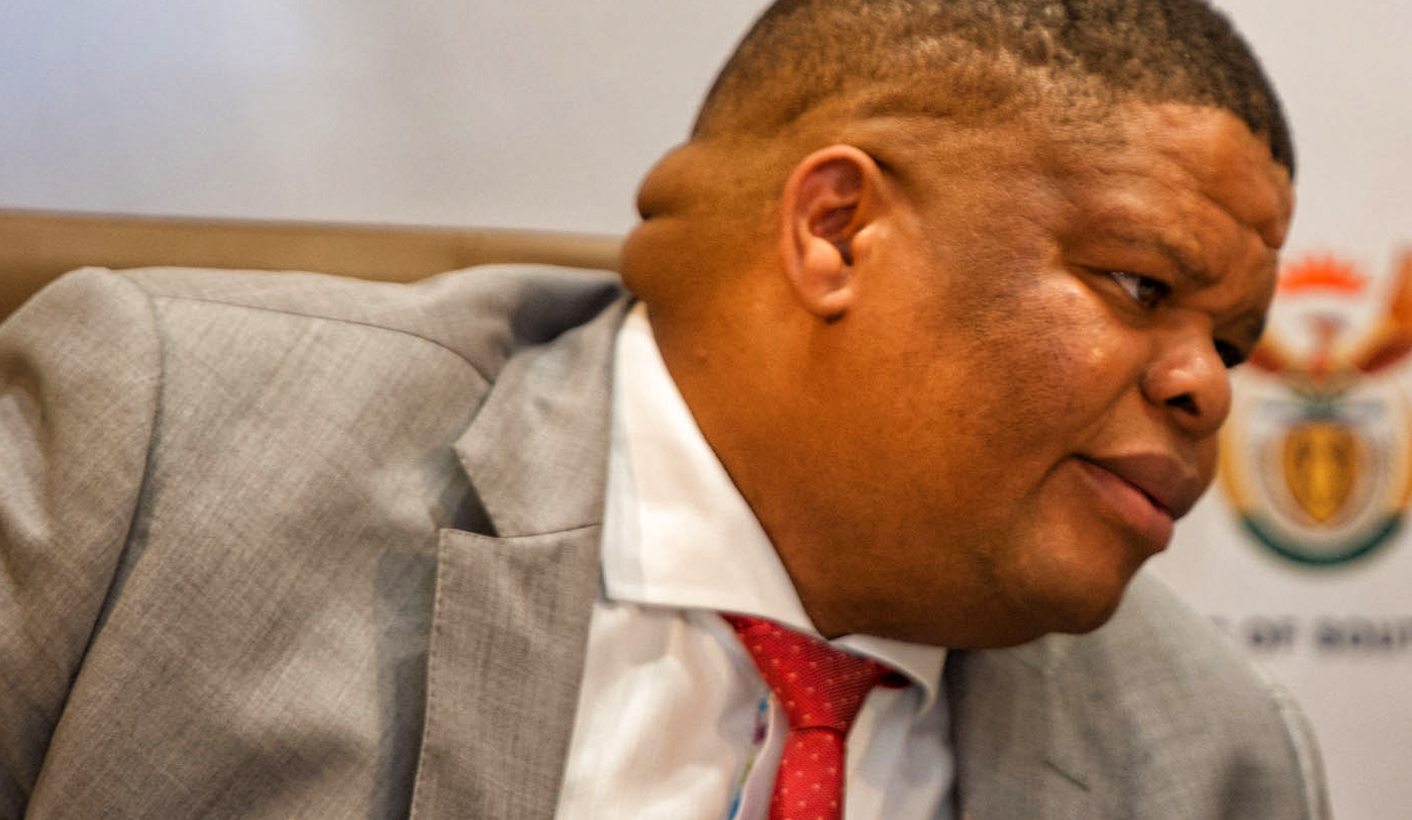 State Security Minister, David Mahlobo’s, remarks at the recent Justice, Crime Prevention and Security Cluster media briefing that the ANC-government is contemplating regulating South Africa’s social media space comes at a time when South Africa is positioning itself to play a leading role in shaping telecommunications policy and regulation, particularly in Africa. But Mahlobo’s concerns about false news and scams need to be seen in the light of the pending 2019 general election and the increasing denial of digital rights by African governments feeling threatened by the citizen empowerment that the World Wide Web facilitates. By MARIAN SHINN.

Our government’s motivation in asking Parliament last month to endorse the Constitution and Convention of the African Telecommunications Union (ATU) and the Final Acts of the Plenipotentiary Conference of the International Telecommunications Union (ITU) is to pave the way for it to campaign in 2018 for positions on these bodies so it can influence policy and governance issues.

Research by Paradigm Initiative Nigeria, published last December, details incidents in 30 out of 54 African countries that violated digital rights in 2016. At least 11 of these states shut down the internet by pressuring private sector telecoms operators to block their customers’ access or lose their operating licences. Bloggers, journalists and citizens who used the internet to exercise their right to freedom of expression were arrested.

It is 49 days since the government of Cameroon shut down internet access to the English-speaking regions of the country. The French speakers still have the connections to the web. Kenya has warned of a possible internet shutdown in the lead-up to its August presidential elections. These are just high profile examples of consistent clampdowns on citizens and media freedoms.

On Monday a joint declaration on fake news, misinformation and propaganda was released by international freedom of expression experts from the United Nations Human Rights Commission, the Organisations of American States, the Organisation for Security and Co-operation in Europe, and the African Commission on Human and Peoples’ Rights – the latter of which is represented by Pansy Tlakula, South Africa’s newly appointed Information Regulator, as the commission’s Special Rapporteur on Freedom of Expression and Access to Information.

The declaration recommends how states, technology companies and media should respond to the challenges of fake news. The first of these is: “Any prohibitions on the dissemination of information based on vague and ambiguous ideas, including ‘false’ or ‘fake news or ‘non-objective information’ are incompatible with international standards for restrictions on freedom of expression.”

Another is that “states have an obligation to promote a free, independent and diverse communications environment, including promoting media diversity, which is a key means of addressing disinformation and propaganda, and including strong, independent and adequately resourced public service media”.

South Africa will be out of step with the international drive to protect human rights and media freedoms if it uses scare-mongering tactics to suppress opposition voices in the run-up to the 2019 general election.

Three South African parliamentary portfolio committees have internet-related legislation hovering around their programmes this year: Justice and Constitutional Development has the Cybercrimes and Cybersecurity Bill on the distant horizon; Communications is dealing with the oft-postponed Film and Publications Amendment Bill; and Telecommunications and Postal Services may start to see the first of amendments and new legislation arising from the controversial National Integrated ICT Policy White Paper which plans to give the minister powers over the licensing of network operators, among other things.

The Democratic Alliance is on side with our fellow African democrats who support and give life to human rights principles online, such as the freedom of speech and opinion, and the protection of these rights from harassment from governments or individuals. We believe that online rights have the same protection as offline rights and that the governance of the internet must be multi-stakeholder driven and in line with accepted international standards. Many of the laws that prohibit incitement, hate speech, invasion of privacy offline can – in the main – be applied to the online space. But hand-in-hand with this is the necessity for awareness and education programmes to equip online citizens with the insight on how to protect themselves from online abuse and exploitation.

It remains to be seen whether our government will distance itself from the continent’s despots when it comes to developing policies and regulations for internet behaviour.

South Africa made a major move to be seen as a leader in internet governance in Africa when last October it hosted the African Internet Governance Forum (IGF), an offshoot of the United Nation’s administered IGF.

According to a Cabinet statement issued last June, our government believes that African governments must “set the agenda to adopt a common position on internet governance”. This seems to be at odds with the global internet community’s commitment to internet governance as a multi-stakeholder issue, rather than a multi-lateral one.

While our government’s statements in policy documents commit it to multi-stakeholder collaboration on internet issues, including saying the correct things about freedom of access, connecting the marginalised and the poor, human rights and free speech, its actions on the United Nations floor undermine the words.

Our government’s dubious stance on internet rights was highlighted last year when it – along with cyber bullies such as Russia, China, Saudi Arabia, Indonesia and India – voted against the United Nations Human Rights Council’s (UNHCR) declaration that access to the internet was a human right; that people have the same rights online as they have offline.

The UNHCR resolution affirmed that: “The same rights that people have offline must also be protected online, in particular freedom of expression, which is applicable regardless of frontiers and through any media of one’s choice.”

Before the vote, our representative to the UNHCR, Ncumisa Notutela said: “The South African Constitution guarantees the exercise of the right of freedom of opinion and expression. However, incitement to hatred is problematic in the context where we are having our domestic debates on racism and the criminalisation thereof.

“The exercise of the right to freedom of opinion and expression is not absolute, and carries with it duties and responsibilities for right holders.”

On June 17, 2015, at the same UNHCR forum, South Africa aligned itself with the Africa group lead by Algeria, which stated that: “Although the responsibility to support the process of democratisation and consolidation of the principles of human rights and their implementation at the international regional and national levels is the responsibility of states, it is also their responsibility to protect their citizens against terrorist threats, against hatred and xenophobic propaganda.”

South Africa’s supporting declaration stressed that “the right to privacy should not be unduly subordinated to the interests of security. We believe that the right of Freedom of Opinion and Expression has permissible limitations and beyond certain thresholds can constitute incitement to hatred”.

It concluded with: “We continue to have serious reservations with attempts to equate online and offline exercise of the right to freedom of opinion and expression.”

There is an African Declaration on Internet Rights and Freedoms – a pan-African initiative of civic groups such as the Association for Progressive Communications, Kenya Human Rights Commission, Media Institute of Southern Africa and Article19 – a British human rights organisation – that seeks to promote human rights standards and principles of openness in internet policy formulation and implementation across Africa.

It calls on the ATU to “recognise and promote the access and affordability principle” of the declaration.

It also states that “unlawful surveillance, monitoring and interception of users’ online communications by state or non-state actors fundamentally undermines the security and trustworthiness of the internet”.

For South Africa to play a positive and credible role in international telecommunications governance forums it needs to reappraise its conservative stand on human rights and internet freedoms.

Its global track record on these issues is not a vote catcher in the age of heightened citizen empowerment and opposition to human rights infringements. DM

Marian Shinn in an MP and DA Shadow Minister of Telecommunications and Postal Services.