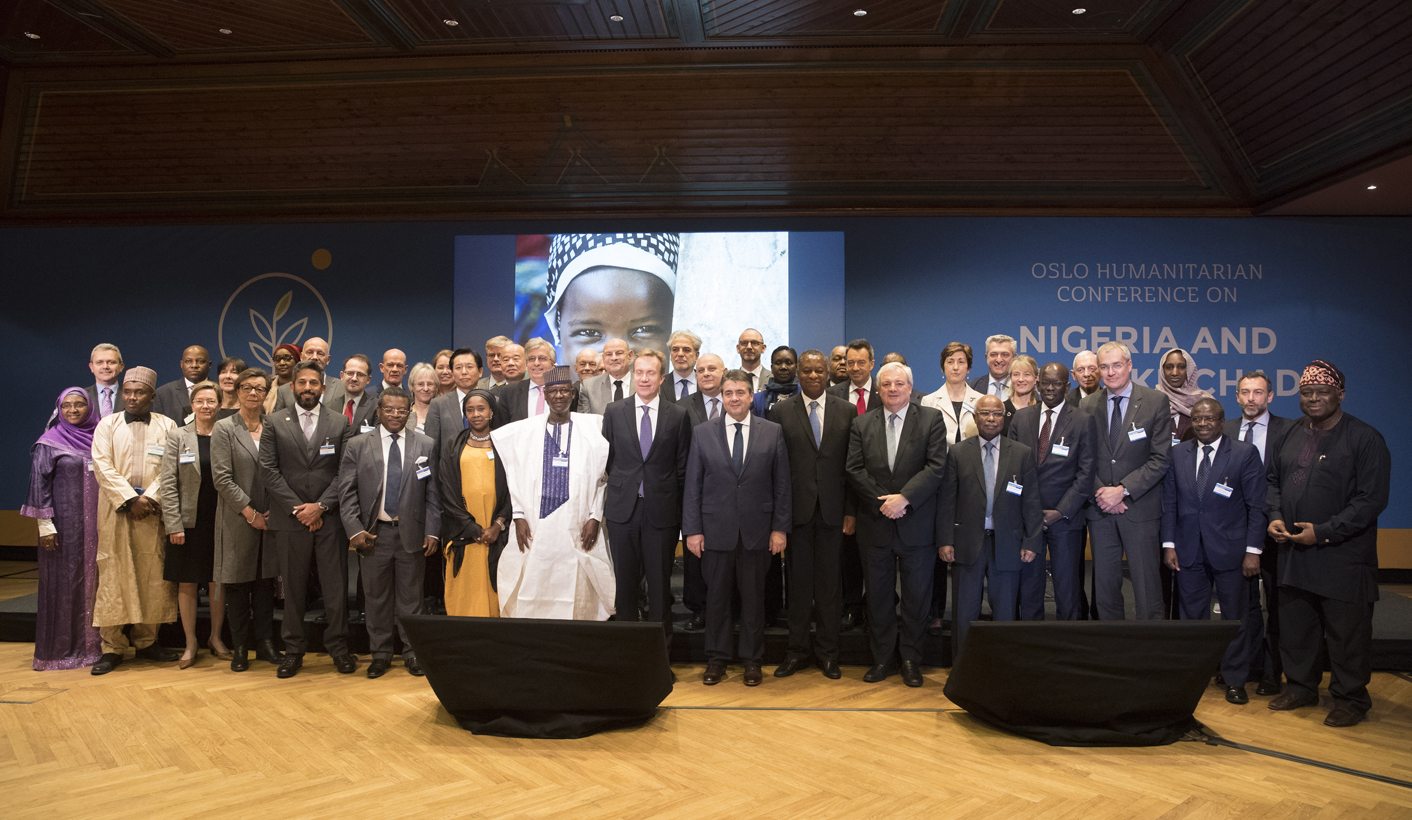 Civilians have been caught between unresponsive governments and the violence of Boko Haram. But while the Boko Haram-sparked humanitarian crisis raging in the Lake Chad Basin has largely been overlooked outside of the region, recent high-level efforts have sought to change that. By Omar Mahmood for ISS TODAY.

On February 24, a conference organised by Norway, Germany and Nigeria brought together major donors in Oslo to raise the approximately $1.5-billion needed for humanitarian actors to continue to fund their response in 2017. $458-million was raised, or approximately one-third of the required total (along with another $214-million already earmarked for 2018).

This was followed by a visit from the United Nations Security Council (UNSC) early this month to all four Lake Chad Basin nations (Cameroon, Chad, Niger and Nigeria), to assess the crisis. British Ambassador to the UN, Matthew Rycroft (Britain is currently chairing the UNSC), explained: “We came in order to show this will no longer be a neglected crisis.” His counterpart, Senegalese Ambassador Fodé Seck, went further, urging that, “when we go back to New York, we must not sit idle… this visit must have follow up”.

Such efforts will be necessary to ensure the situation continues to garner the attention it deserves, given the gravity of despair and gaps in current responses.

Any way one looks at the numbers, the situation is dire. An estimated 10.7-million people require assistance, while 7.1-million have been categorised as food insecure. In January, the World Food Programme warned that 1.8-million people are at risk of starvation. In addition to the concerns of impending famine, over 2-million people have been displaced in the region, including combined totals of internally displaced people (IDPs), refugees and returnees of approximately 300,000 in both Cameroon and Niger, and 129,000 in Chad.

In Nigeria, the epicentre of the current crisis, 30% of the displaced reside in camps where movement is often restricted and conditions discouraging. The crisis has also reduced the capacity of local health services, worryingly manifested by reported incidents of polio and Lassa fever: the first such cases in Borno state in two and 48 years respectively. Furthermore, with hundreds of schools closed, the education of an entire generation of youth has been interrupted indefinitely. In addition, humanitarian access is complicated by continued insecurity, with four local government areas and parts of others still off limits in Borno state, along with violence along major highways.

Nonetheless, bleak as this picture is, the humanitarian crisis in the Lake Chad basin can also be an opportunity – a chance for regional governments in partnership with international humanitarian actors to start demonstrating that they can and will provide for their citizens, and in turn alter the nature of state-civilian relations in an oft-neglected region. In the battle for hearts and minds, proactively meeting the needs of IDPs and refugees can result in positive gains, and ultimately serve as a strategy to further degrade Boko Haram’s influence.

The civilian populace in the Lake Chad region has been caught between the pernicious influence of Boko Haram and central governments that are unresponsive at best, or abusive at worst, for far too long.

Boko Haram initially fed off the latter dynamic, intertwining anti-government sentiment with the allure of a religiously inspired alternative, and finding significant appeal. The violent crackdown on the movement and the extrajudicial murder of founder Muhammad Yusuf in July 2009 only emboldened sympathies in contrast to an unpopular government.

Nonetheless, since its re-emergence in 2010, Boko Haram has had ample opportunity to demonstrate its vision for the Lake Chad Basin. Unsurprisingly, it was not an attractive one. The increased targeting of civilians under Abubakar Shekau, and predatory behaviour during a period of territorial control between 2014-5, cost it much support over the past few years.

This is evidenced by the increased reliance on forced recruitment, rather than voluntary membership, to augment the movement’s ranks. In reality, the movement under Shekau has done much to discredit its own credibility, likely giving rise to breakaway factions who have also seen how this has damaged their cause.

These actions sowed the seeds of the current crisis by displacing millions and interrupting typical activities, such as subsistence farming, putting parts of the region on the brink of famine.

Taken in this manner, the situation in 2017 is quite different from that of 2009. Therein lies an important opportunity for regional governments, especially Nigeria: an occasion to re-set relations and convince a sceptical public that it can adequately provide for its citizenry in a way that Boko Haram and its extremist ideology cannot.

Complaints by the Nigerian government that aid agencies have exacerbated the crisis, poor conditions in the camps – and the reported mismanagement of funds – however, are not encouraging signs.

In this sense, shifting the dynamics from government neglect to government support in a region that has long been ignored will not be easy, and require an effective, sustained, and adequately resourced response in close co-ordination with external actors, well beyond what has currently been the case.

But a successful humanitarian response that addresses basic needs and helps civilians re-start their lives, can in turn serve as a starting point in rebuilding fragile trust.

In terms of outside support for this process, the Oslo Conference and Security Council visit were positive steps. But given the immense needs for the 2017 year and the approximately 50% shortfall experienced in 2016 (on a smaller budget), questions abound as to the source of additional funding for crucial life-saving programmes, such as those addressing food insecurity.

Senegalese diplomat Fode Seck is correct in expressing concerns about the limitations of his public visit, and the need for further action at the Security Council level to draw continued attention to the plight of Lake Chad’s residents.

In a world facing an unprecedented level of complex emergencies, including the very real risk of famine also in Yemen, Somalia and South Sudan (already declared in part of the country), the trick will be to sustain action on the Lake Chad Basin region once the headlines fade. Nonetheless, adequately funding and effectively implementing a humanitarian response that will further discredit Boko Haram and its abhorrent ideology is too significant an opportunity to miss. It is in the long-term interests of all involved to ensure this does not turn out to be the case. DM

ISS will soon release a West Africa Report that examines Boko Haram messaging in detail, in order to better understand the movement’s origins, aspirations and evolution.

Photo: The participants at the Humanitarian Conference for Nigeria and Lake Chad region hosted by Norway, Germany, Nigeria and the United Nations poses for a family photo in Oslo, Norway, 24 February 2017. EPA/Hakon Mosvold Larsen