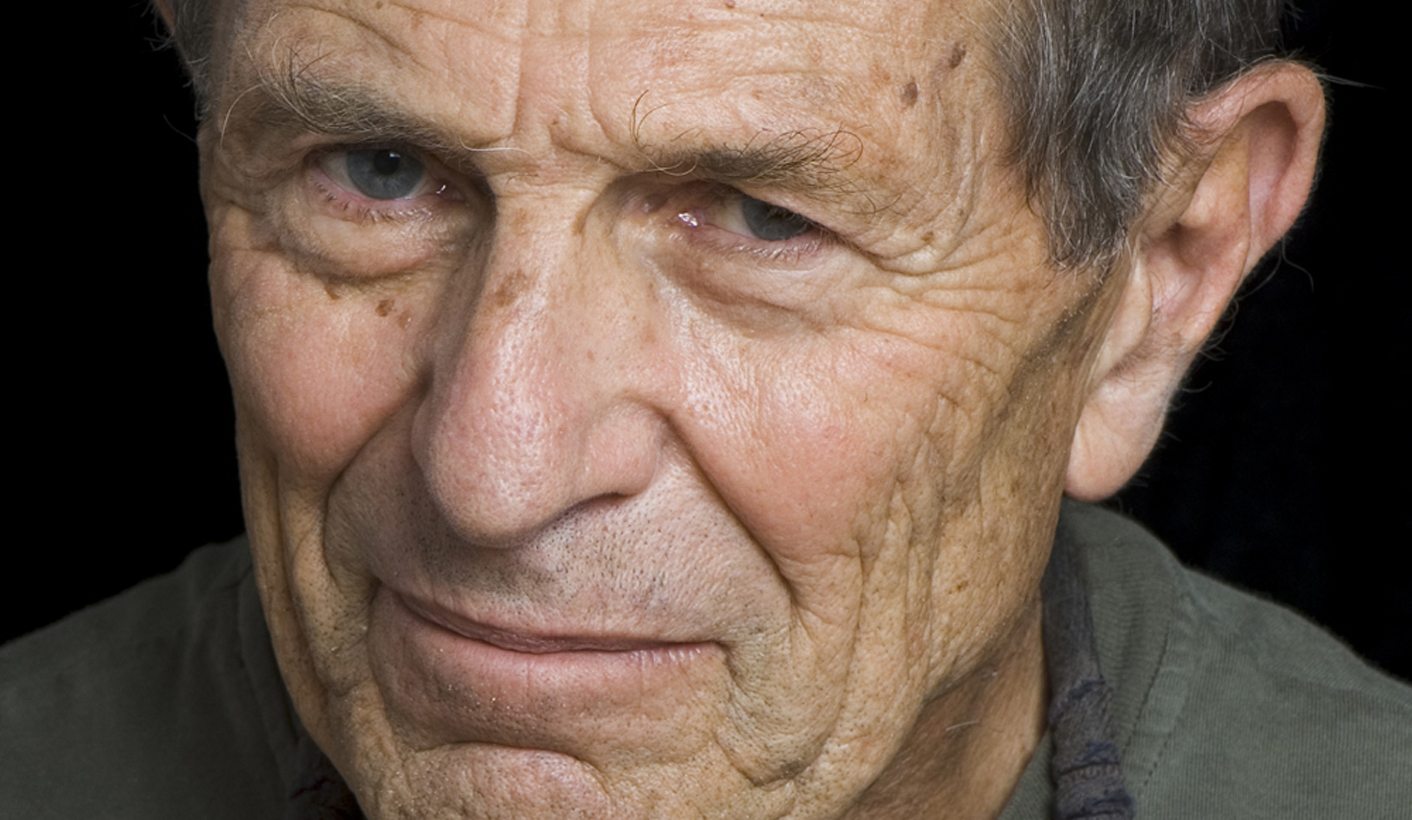 Internationally acclaimed South African photographer David Goldblatt is moving his collection from the University of Cape Town to Yale University in the USA, citing his concerns about UCT’s protection of artists. The departure of South Africa’s literary archives to deep-pocketed American universities has long been a concern. Is the work of important local visual artists similarly at risk of being repatriated? By REBECCA DAVIS.

David Goldblatt was the first South African to be granted one of the art world’s major benchmarks for international success: a solo exhibition at New York’s Museum of Modern Art. Despite the fact that Goldblatt’s work hangs in some of the world’s most prestigious galleries, however, he is an artist whose work has always been deeply rooted in South Africa.

“It is the photos and stories from Goldblatt’s native country, whose scars of violence and oppression he’s devoted a lifetime to chronicling, that offer the most riveting testimony,” the New Yorker wrote of Goldblatt last year. Awarding Goldblatt an honorary doctorate, the University of the Witwatersrand reminded its convocation: “In the 1970s and 1980s, some of his most haunting photographs came to provide complex evidence, for a world outside, of the texture and meaning of human displacement in this country.”

South Africa is about to lose materials of inestimable value, in the form of the David Goldblatt Collection. The archive is a record of Goldblatt’s photography career over 60 years. It includes digital images, negatives, transparencies and prints. For the last eight years, the collection has been housed at the UCT Libraries, in an agreement which has allowed UCT the use of the material for study and research, as well as exhibition.

Shortly, however, the collection will move to Yale University in the USA. According to UCT management, Goldblatt has made the decision to take it away because he believes that “freedom of expression, artistic freedom and rights of artists [are] no longer protected at UCT”. Despite the appeals of the UCT executive, Goldblatt “could not be persuaded out of his view”.

Goldblatt was unavailable for comment to the Daily Maverick on Monday. At this stage, no further clarity has been shed in public on the specific catalyst for his decision. One assumes, however, that a contributing factor must have been the burning of 23 paintings that had hung in UCT residences by student protesters in February last year. Since then, Ground Up reports, at least 75 “vulnerable” artworks have been removed for safekeeping from display on the campus.

It is not just on universities that South African artworks have come under threat in recent years. The Spear – Brett Murray’s infamous painting of President Jacob Zuma with his genitals exposed – was vandalised at the gallery where it hung in 2012. Artist Dean Hutton’s fuckwhitepeople exhibit at the South African National Gallery was defaced by protesters in January this year. Increasingly, it seems, the public response to controversial art is to want to erase it.

“Right now there are important conversations and reconsiderations taking place [in the art world] which need to happen,” Artthrob editor Tim Leibbrandt told the Daily Maverick. “What is worrisome is where defacing or vandalism becomes the sole way in which to bring issues to the fore. It often feels like the only time that there’s widespread engagement with art is when somehing has been vandalised, which probably says a lot about where our values about art lie.”

Describing the Goldblatt Collection as a “South African heritage treasure”, UCT said that it regretted Goldblatt’s decision but respected it. The university maintained that it “will continue to promote, protect, attract and collect artistic collections and work with artists into the future”.

Goldblatt is no stranger to acts of principle. In 2011 he declined the Order of Ikhamanga (a national honour awarded by the presidency to individuals who have made outstanding contributions in fields including arts) in protest against the Protection of State Information Bill.

His decision to move his collection out of the country in which it finds greatest meaning, however, will undoubtedly divide opinion. Those who have most to lose from the departure of important South African heritage collections are local students, who will forego the opportunity to work with these materials first-hand.

“I think David Goldblatt is particularly sensitive to censorship and artistic freedom having worked for years as a visual artist in apartheid South Africa,” Artthrob co-editor Chad Rossouw said on Monday. “The act of withdrawal, on the other hand, is disappointing. It feels like a closing down, rather than an opening up, of conversation.”

The loss of the Goldblatt Collection follows a losing battle fought by South Africa’s institutions to keep important literary archives in the country. Deep-pocketed American universities have already snapped up the papers of significant South African writers like Nadine Gordimer, Athol Fugard and Uys Krige. The issue has been one of financial muscle rather than preservation concerns. The University of Texas bought JM Coetzee’s literary archive in 2011 for R12-million, for instance: a price South African institutions could not match.

“One cannot deny South African authors or their heirs the moral right to dispose of collections as they wish,” scholar Michael Titlestad wrote in 2012. “Sadly, the gradient of wealth means they will go north. But we have also consistently undervalued our writers and artists, and should not be too quick to blame those who have recognised their importance.”

When it comes to visual art, it is similarly hard for local institutions to compete with the buying power of overseas bodies, and their ability to preserve work.

“The woeful acquisition budget of the South African National Gallery is well known and the Johannesburg Art Gallery is falling apart and has recently been temporarily closed due to heavy water damage,” says Leibbrandt.

“Alongside a substantial lack of governmental support, there’s certainly a sense that many significant works are finding homes elsewhere. There are obviously very real concerns about the preservation and primacy of our national cultural heritage.”

In a context where South African institutions cannot guarantee the safe preservation of cultural artefacts, and in a volatile political climate where the continued exhibition of certain works is considered unwise, many will judge Goldblatt’s decision as understandable. If other collectors, artists and writers continue to do likewise, however, the end result will be the certain impoverishment of South Africa’s cultural holdings.

Institutions like universities have special duties in this regard, Rossouw suggests.