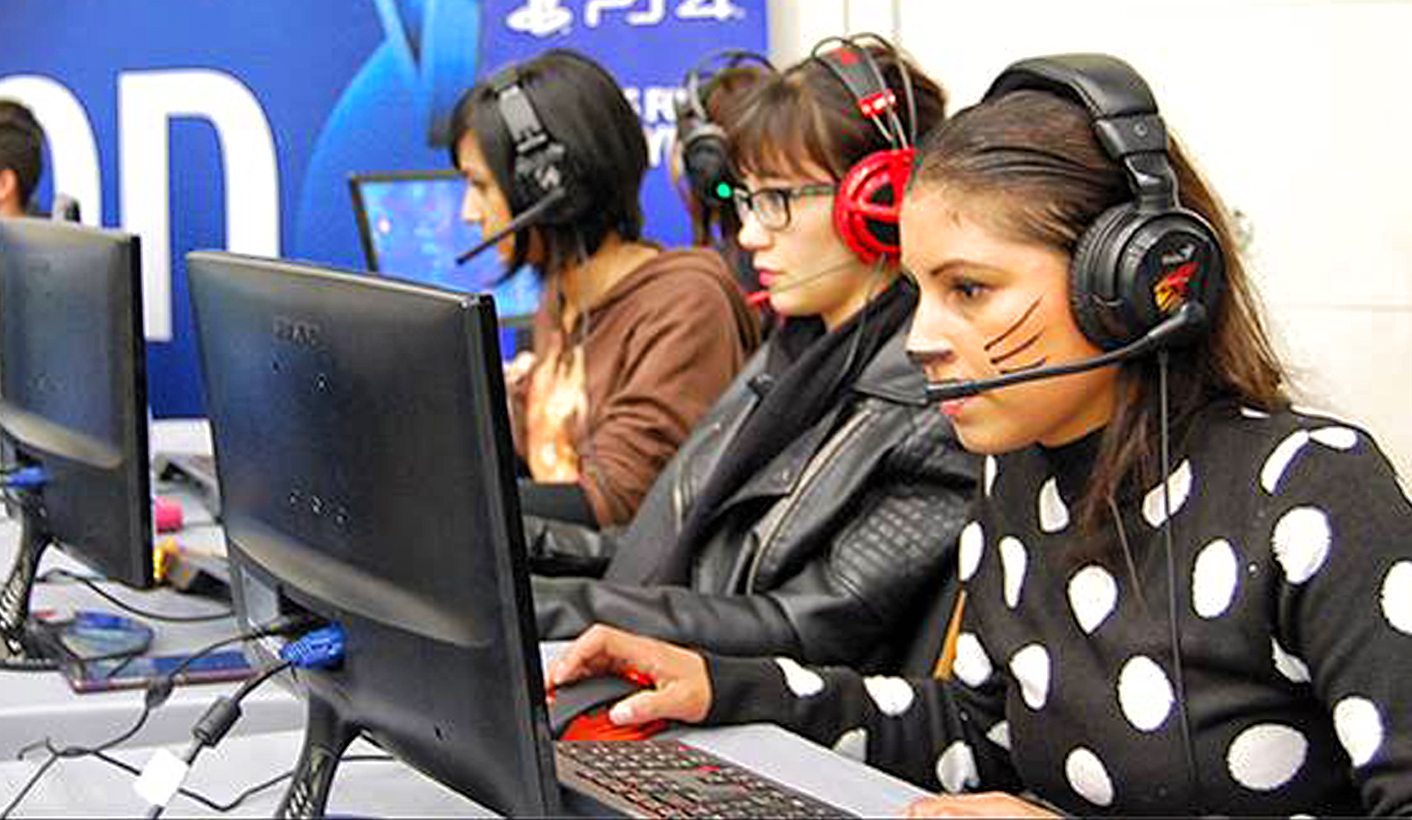 Jade Klein has represented South Africa before in her chosen discipline, and hopes to win Protea colours again this year to compete internationally. She trains for 25 hours a week. In contrast to her country’s other sportspeople, however, her workouts happen in front of a computer, wearing a headset. REBECCA DAVIS delves into the world of competitive mind sports.

Don’t tell South Africa’s mind sports aficionados that what they do doesn’t count as a sport. They compete for national colours. Their disciplines are officially accredited as national sports, and Mind Sports South Africa is registered with the South African Sports Confederation and Olympic Committee (SASCOC). Mind sports players have been finalists and winners at the SA Sports Awards.

They may not put their bodies through as much stress as much as their counterparts who play physical sports, though repetitive strain injuries are always a possibility. You won’t find them on playing fields or running tracks. They’ll be indoors, hunched over boards or computers – but competing to win with every bit as much dedication as South Africa’s better known sports stars.

Jade Klein, 33, is one of South Africa’s top mind sportswomen. “Mind sports” is an umbrella term which encompasses a wide range of “non-physical” sports. It includes boardgames like backgammon, checkers and the enormously popular local game morabaraba – though not chess or Scrabble, because those have their own federations. Dominoes is being mooted for inclusion.

Boardgames are not Klein’s bag, however. She competes in what they call “e-sports”, which she describes as “professional strategy games”. Her specialisation is a game called League of Legends.

Wikipedia will tell you that League of Legends is a “multiplayer online battle arena video game”. It is played by numbers that many small sports would envy: as of last year, an estimated 100-million active players worldwide per month. It is also big business. The 2016 World Championship, watched by 43-million people online, offered prize money of over $6-million – almost R80-million.

Klein is one member of the only all-female League of Legends team in South Africa. Her other five team members are spread all over the country, but that’s not a problem when it comes to e-sports. Four times a week they connect online to train, with the help of an international coach.

Many teenagers put in equivalent hours on gaming, but Klein says that what they do is no joke. “You’ve got to be okay with focusing for hours, doing a lot of strategising, and working together with people who you can’t see. Everything you do has to be verbalised. It takes patience and determination.”

It also takes access to a computer and a strong internet connection, which Klein says is one of the reasons why South Africa continues to lag behind many other countries in this competitive arena. The big dogs in this world are Asian counties like Japan, China and South Korea, together with western Europe and the USA.

Despite the infrastructure handicaps, Mind Sports South Africa does send teams to compete internationally. Klein is hoping to make the national team this year to travel to an all-female tournament in Beijing. South Africa has previously produced a number of mind sports world champions.

Klein, who works for Mind Sports South Africa as their Western Province director, concedes that what they do is not yet well known or, often, well respected.

“Even some of my friends say: ‘What exactly is it that you do? What is it about?’” she laughs. Sponsorship and media exposure remain major challenges. But Mind Sports South Africa has 66 clubs throughout the country, and is focusing on building up its base through outreach with schools.

Klein was in primary school when she was taught to play her first computer game: a primitive version of Hangman. She was introduced to League of Legends six years ago, and was instantly hooked. “The strategy behind the game is so fascinating and endless, there’s no way that even the best player in the world can fully master it,” she says.

She laughs off the stereotype that all gamers are nerds. “The demographics of gamers have changed so much,” Klein says. “The top gamers play in giant arenas packed with people. I’ve met jocks who play rugby who started playing computer games on the side. Then they realised this is such a big sport that they handed in their boots and started playing seriously.”

Online gaming is a space which can be viciously sexist. This was best illustrated by the Gamergate controversy, beginning in 2014, which saw women in the video game industry targeted for intense harassment. Writing in the Washington Post in 2014, Sarah Kaplan suggested that the broadened appeal of gaming, with women now apparently outnumbering teenage boys, had “raised the hackles of some longtime ‘traditional gamers’.”

Sexism in gaming, Kaplan wrote, is a “seemingly intractable problem”.

This has not been Klein’s experience when it comes to competitive gaming in South Africa, however. “Guys support us. They want to give us advice,” she says. “Internationally there might be a bit of sexism in the industry, but it hasn’t really affected us in our country much, which I’m really glad about. Guys see that we’re playing to the best of our abilities and that we’re not there to be a girl in a guys’ world.”

The establishment of all-female tournaments, like the Beijing 2017 fixture in which Klein hopes to compete, is part of a concerted drive to encourage women to participate internationally. Klein says the competition in such environments is intense – unsurprisingly, given the size of the cash prizes up for grabs.

“You don’t speak to the enemy team while in a game,” she says. “Normally we just send one girl to communicate with them on a chat service. Most of the [banter] is playful – though internationally, it can get a bit harsh.” DM