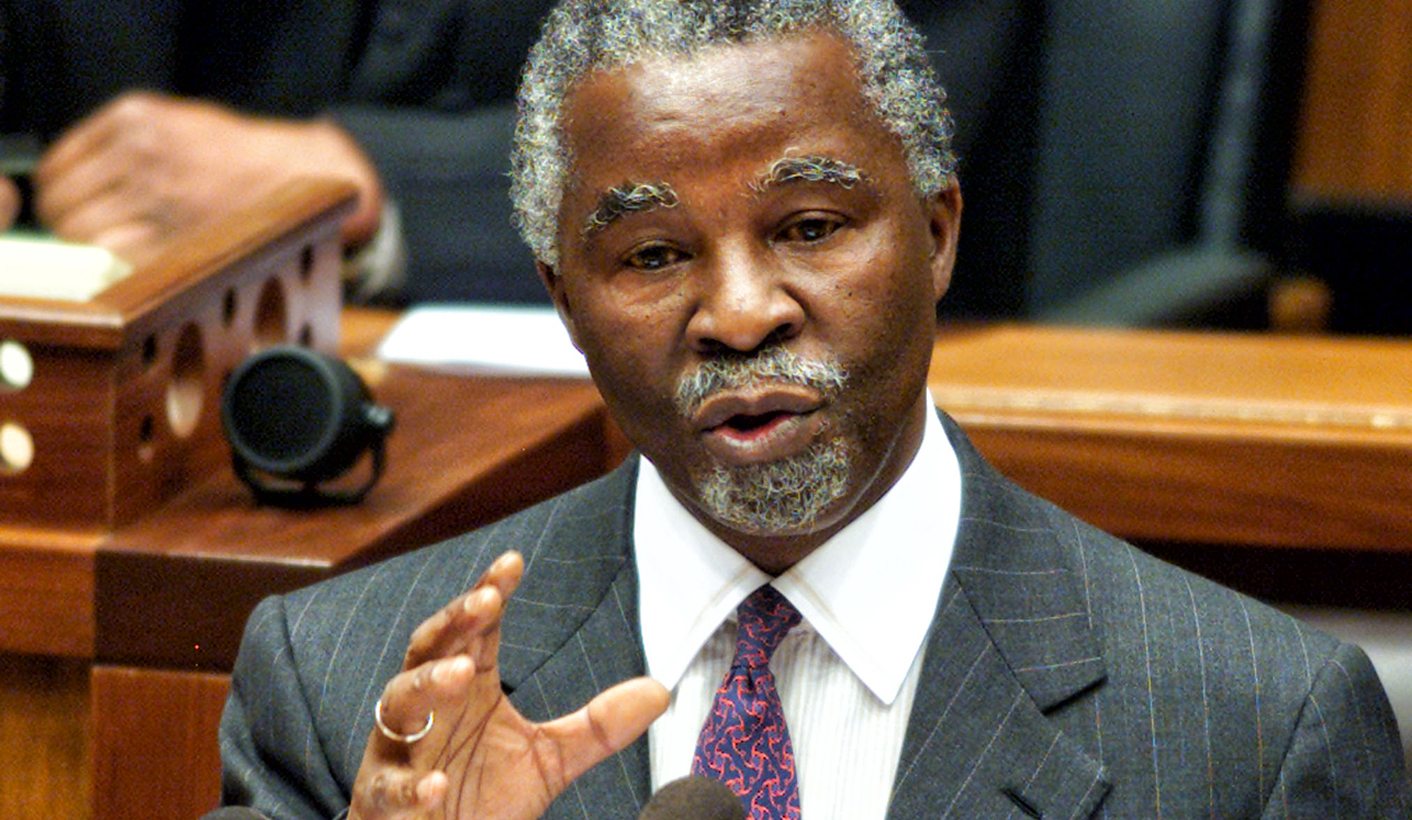 Tshwane – Higher Education Minister Blade Nzimande has described newly-elected chancellor of the University of South Africa (Unisa) and former president Thabo Mbeki as one of the greatest intellectuals Africa and the liberation movement have produced. Tshidi Madia, News24

Mbeki was being inaugurated as chancellor at Unisa on Monday. He took over from Judge Bernard Ngoepe who stepped down in December after 15 years of service to the institution.

“I want to say without fear of contradiction that you are one of the greatest intellectuals produced by our movement, our movement, not only by our country and our continent,” said Nzimande whose comments resulted in an emphatic “yes” across the ZK Matthews Hall.

Nzimande said he wanted to acknowledge “whatever differences we might have had in the past,” and went on to express his adoration for the former president, whom he referred to by his clan name, “Zizi”, recollecting some of their shared memories since their first meeting in Sweden in 1986.

The higher education minister’s praise of Mbeki was surprising to some, considering that the two have previously butted heads on a number of occasions.

The SACP general secretary once lambasted Mbeki for failing to provide leadership when the tripartite alliance faced challenges in the lead up to the ANC’s national elective conference in Polokwane in 2006.

During the media briefing attended by Mbeki, Nzimande and university’s management team, the minister gave a description of how he would like to see Mbeki’s role play out at Unisa.

“I heard you emphasising that you are a titular head, [this] might be true but someone like yourself we expect a little bit more than that – also to guide, mould this institution intellectually in where it goes,” said Nzimande.

Running out of academics

He said some of the challenges Mbeki might have to look at include funding and helping to increase the institution’s footprint on a global scale.

“We would like to see the strengths of [the] former president as an intellectual guide views and engage around new problems that could be responding to a whole range of challenges,” said Nzimande.

Mbeki shared his concerns about the violence which has been associated with some of the student protests over high tuition fees.

“We express our appreciation and understanding of the actions taken by students in the context of their Rhodes and Fees Must Fall movement, without approving the completely unnecessary violence and destruction of property,” said Mbeki.

He said although he had some ideas about solutions in mind, he would wait for the outcomes of the fees commission.