Makhura’s SOPA: The Esidimeni Massacre and the need t...

Makhura’s SOPA: The Esidimeni Massacre and the need to overcome 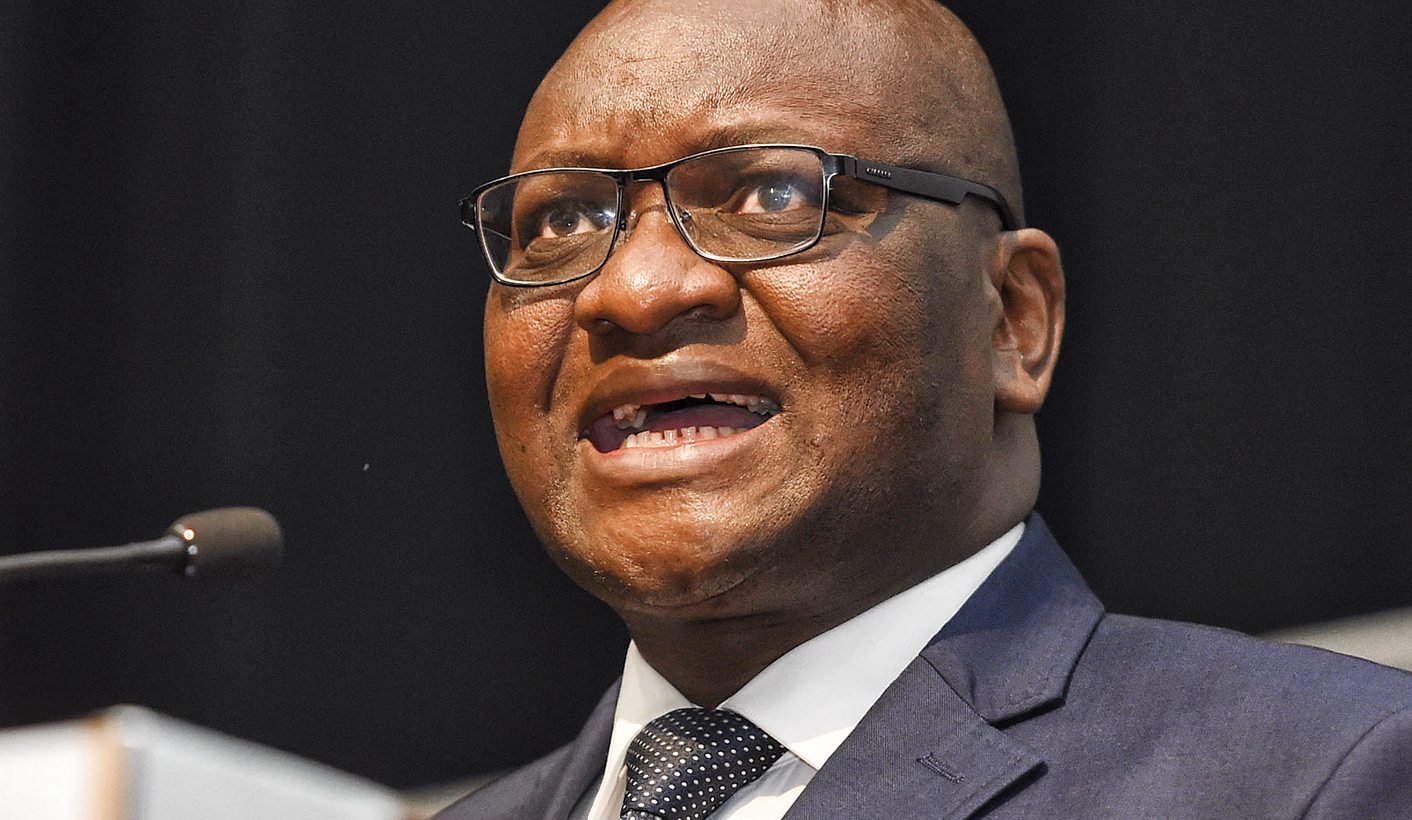 Gauteng Premier David Makhura on Monday devoted significant parts of his State of the Province Address to the more than 100 patients who died after being moved from Life Esidimeni to NGOs. He held up Life Esidimeni as a mirror that revealed his administration’s faults, the need to do better. By GREG NICOLSON.

There are moments that can save lives. There are decisions of death. The Marikana Massacre had its own context: a history of brutal, racial exploitation, a democracy failing the poor, workers finding their voice. It was a series of lost moments, and deliberate decisions, which caused 44 deaths in a week.

Platinum company Lonmin could have decided to meet workers instead of ignoring them as the death toll grew. Executives and leaders, like Cyril Ramaphosa, who have traversed the gap between mass meetings and boardrooms, could have intervened. Mineworkers could have decided not to kill those among them perceived as enemies. Decision-makers inflamed one another’s fears, pointing towards the Association of Mineworkers and Construction Union, Julius Malema, and profit losses. Hundreds of cops were deployed. They failed to carry out a plan that was always going to fail and should have never been chosen or implemented. When it went wrong, after 17 people were killed, the SAPS let officers go hunt rather than call off the operation.

Those who had the power to avoid a massacre ignored the moments when they could have saved lives. They chose decisions of death.

Gauteng Premier David Makhura on Monday devoted significant parts of his State of the Province Address to the more than 100 patients who died after being moved from Life Esidimeni to NGOs. He honoured victims’ relatives; committed to working with them to save those still at risk, and announced an inspection of all provincial facilities providing care to the vulnerable. He held up Life Esidimeni as a mirror that revealed his administration’s faults, the need to do better.

Makhura said the right things, but it was the Gauteng government that, throughout the Life Esidimeni tragedy, chose death over life and confirmed the country’s truth: Worthless are the most vulnerable; they have not lives, but bodies; they are objects.

The Esidimeni Massacre also has a context: a lack of support for mental healthcare access across the country, the skewed delineation of powers favouring provincial rather than national health officials, and an ailing health system, struggling to match demand. There were a series of murderous decisions and missed opportunities, but, unlike in Marikana, the saga was drawn out for over a year. It was as though with each ignored warning, more patients were condemned to death.

In December 2015, relatives of Life Esidimeni patients went to court to delay the move. The legal papers should have exposed the failed plan. They went to court again in early 2016. There was a march to Health MEC Qedani Mahlangu’s office. Forewarnings came from SECTION27, the South African Depression and Anxiety Group, leading mental health experts, the Democratic Alliance in Gauteng, and the media.

The state ignored them. It decided to move patients into “community-based care” years before the policy was meant to be implemented. The Gauteng department of health lied, repeatedly. It lied to relatives, civil society, the courts, even its seniors in government. It said the NGOs that patients were to be sent to were ready, but it took family members to inspect only a handful out of dozens of facilities. Officials in the department said they were scared to speak up about the problems.

None of the NGOs was properly licensed; most of them lacked the basic ability to care for the severely mentally ill. Patients were transported like cattle. Government failed to pay the NGOs the pittance promised. The state did not sufficiently monitor the transition and when family members told officials of their relatives’ abhorrent deaths, they were ignored. Makhura let Mahlangu and her colleagues remain in office after it was announced that 36 people had died by September (in fact, over 70 patients were already dead).

These are the decisions of death. They were taken despite the many moments offered to save lives.

Over four years later, victims of the Marikana Massacre have seen virtually no justice. Charges are said to be pending against top SAPS officers. A two-year inquiry has led to more waiting. Compensation is yet to be finalised and few, if any, government, police or Lonmin officials have faced consequences. Even Riah Phiyega’s suspension was related mostly to her disgraceful appearances at the inquiry rather than her role in the massacre.

Makhura, along with Health Minister Aaron Motsoaledi, has promised more in Gauteng. At least they’ve implicitly recognised the massacre. The Life Esidimeni tragedy led to the resignation of MEC Mahlangu. Two senior health department officials have been suspended.

“I will spend the remainder of my term over the next two years to ensure that there is restorative justice and healing for the families and take every executive action possible to restore confidence in our public health system,” said Makhura on Monday. He committed to building a monument for the deceased and launching an inspection of “all centres that care for the most vulnerable – the elderly, people with disabilities and children – whether they are operated by the public, private or NGO sectors”.

The premier again defended himself against culpability. He’s claimed he only knew of the disaster when the 36 deaths were announced in September (once again raising questions as to how so many outsiders could know more about his government than he does). Makhura finished his speech with a passionate plea for a new kind of politics in Gauteng, a politics that puts citizens before politicians, change before partisan interests.

“Yes, we need a compassionate politics that protects the most vulnerable such as mental health patients and take steps to ensure that never gain should so many people die out of total neglect, arrogant treatment and lack of care by us in government,” said the premier.

Although he stumbled through it, Makhura’s call for a new kind of politics was heartfelt. Life Esidimeni was the lens through which we must see all government services. We must recognise how people have been struggling, government’s failures, and continue to improve in sectors such as health, education, infrastructure, safety, the economy and job creation.

The families of Life Esidimeni have said they appreciate Makhura’s work. He and Motsoaledi are the first politicians who have treated them with respect, and are the only hope to ensure the hundreds of patients still in NGOs are transferred safely, the only hope to change the system. But the premier and health minister’s claims that they knew so little of the patient transfers, nothing of the warnings, are either lies or signs of ignorant incompetence.

Makhura spoke on a lot of issues on Monday and he used the mental health crisis as a symbol of the province’s future. But no one knows how many patients from Life Esidimeni actually died – with unclaimed bodies to be added to the tally. Even if we assume a third of those died due to natural causes, it means twice as many people died because of the Life Esidimeni decision than Marikana.

Makhura’s government chose wilful ignorance, treating those who need help as objects rather than humans. The premier presided over the largest massacre in democratic South Africa, and, he’s right, that’s the lens through which we must evaluate his government. It ignored the warnings to save lives, took decisions of death.

Whether the premier personally knew about the plans or not, it cannot override the fact that one of his most important departments treated the most vulnerable as cattle for slaughter. The difference between Marikana and Life Esidimeni is that the Gauteng government had been warned over a year rather than a week in advance. The moments the lives could have been saved were too many. DM